A Roving Band of Anarcho-Punks 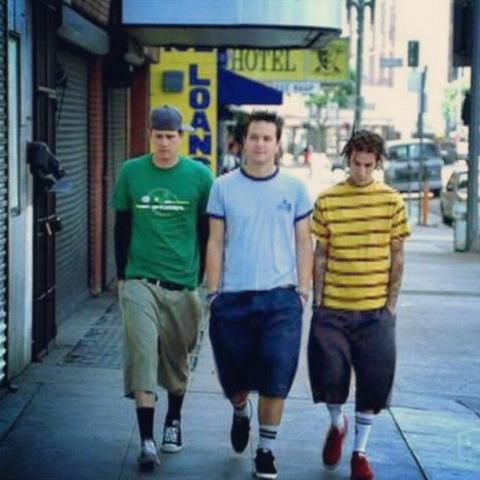 The Vermont Family was a roving band of anarcho-punks that helped build the American anarchist movement in the 1980s. They were a key element of the connective tissue that linked the dispersed anarchist milieu. The Family originally came together within the “Great Peace March for Global Nuclear Disarmament,” in which hundreds of people walked from Los Angeles to Washington, DC over the course of nine months in 1986. As many of the liberals dropped out or retreated to cars, a core group of anarchists coalesced to form a traveling “anarchy village” which grew from 15 to around 70 or 80 people. They ran the village through consensus and promoted anarchist politics within the march. After the march reached DC, the Family stayed together as a loose network of travelers, comrades, and friends.

The name of the Vermont Family came from a sort of collective joke. One punk in the anarchy village shared a story about Vermont: apparently it was written in the state constitution that in 1991, two hundred years after its founding, there would be a popular vote on whether the state would remain part of the country. Thus, a fantastical plan was hatched to convince anarchists to move to Vermont and push it to secede from the union. It goes without saying that this did not happen, and it turned out that Vermont had no such plan to put its status to a vote (the similarity of this plan to the later right-libertarian New Hampshire Free State Project is interesting to note). But the moniker stuck as both an inside joke and badge of identification, and many people in the crew adopted it as part of their names.

The Vermont Family formed on the road and stayed on the road throughout their existence until 1989. In their years of traveling, they played a crucial role that has gone unacknowledged in the histories of this era: they formed the interpersonal connections that were necessary to build a continental network of anarchists.

This past summer, I interviewed a person named Mike, who was one of the core members of the Family. He pointed out that in the age of the internet, it is hard for us to understand how an anarchist milieu could function in the 1980s. It required people to travel and make physical connections between far-flung collectives and projects. Some of the Family traveled in an old bus, some hitchhiked; like a punk version of Ken Kesey’s Merry Band of Pranksters, the Family spread anarchy everywhere they went. A few of them even made their way to West Germany, where they lived in squats and participated in the larger, more militant movement there. They took what they learned back to the US, where they helped to popularize models from the German Autonomen: squatted social centers, infoshops, and black bloc tactics.

When major actions or gatherings were planned in an American city, members of the Vermont crew would show up months in advance, put down temporary roots, and help organize a bigger and better event. They were central to the series of annual national convergences—Chicago 1986, Minneapolis 1987, Toronto 1988, and San Francisco 1989—that established continental networks of dedicated anarchist militants. The Crew stayed on the road until 1989, when a large number of them went to San Francisco to help organize the 1989 Anarchist Gathering. Finding fertile ground, many of them settled down for the long term in the Bay Area. They established several large collective houses that served as major hubs for both the local and national movement in the 1990s. Many of them remained active in Love and Rage, Anti-Racist Action, and other anarchist projects.

I have not yet been able to find any documentation of the Vermont Family beyond my oral history interviews, but its story is central to the broader history of the revitalization of anarchism in the 1980s.

Empty Hands History is written by Spencer Beswick, a History PhD student at Cornell University who studies the history of the left to offer inspiration for today’s movements.

Tags:
Vermont
1980s
punk
This site has a footer! Usually, it's at the bottom of the page.