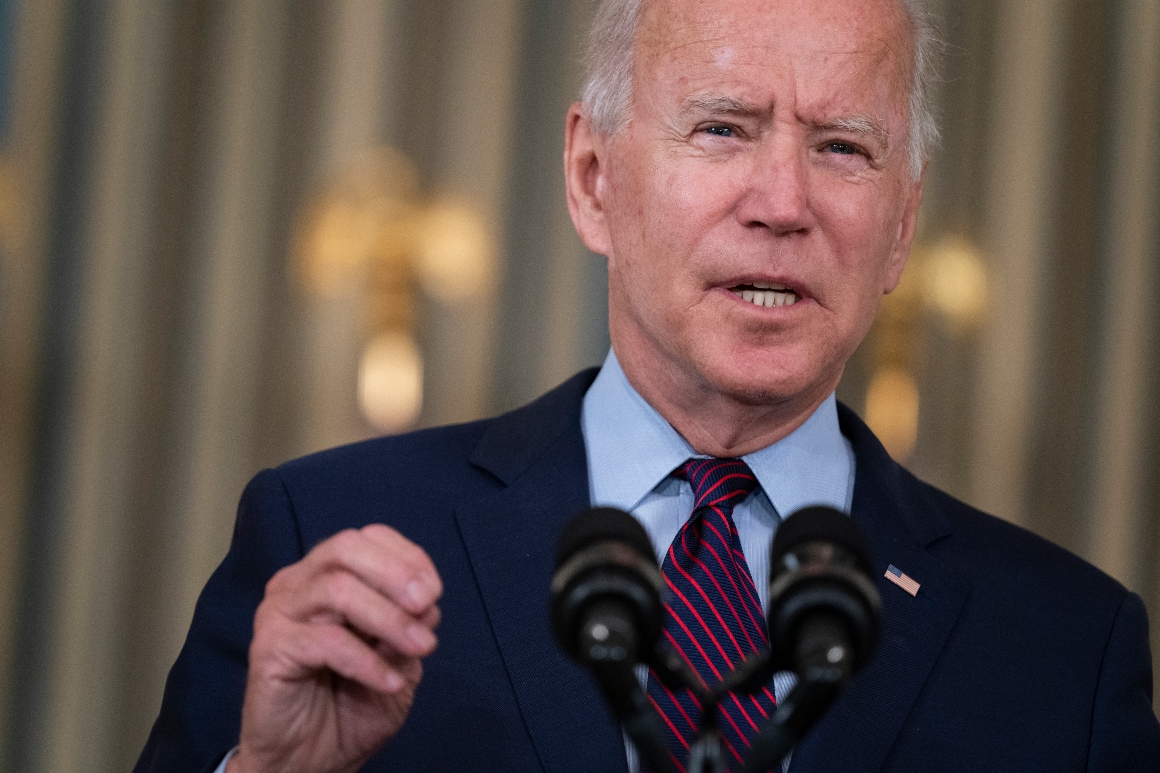 President Joe Biden said Monday that he could not guarantee that the federal government will not default on debt payments due later this month, putting the onus on Senate Minority Leader Mitch McConnell to back Republicans off their strategic obstructions to Democratic attempts to raise the debt limit.

“I can’t believe that will be the end result because the consequence is so dire,” Biden told reporters after making a speech on the issue from the White House. “I don’t believe that. But can I guarantee it? If I could, I would, but I can’t.”

McConnell has thus far been adamant that GOP senators will not vote to increase the debt limit without significant concessions on government spending reductions, suggesting instead that Democrats should raise the debt ceiling via the complicated and time-consuming budget reconciliation process. Democrats and other Senate observers have warned that doing so could take weeks, and brush perilously close to the mid-October deadline projected by the Treasury Department.

“What they’re doing today is so reckless and dangerous in my view,” he said. “Not only are Republicans refusing to do their job. They’re threatening to abuse the power, their power, to prevent us from doing our job saving the economy from a catastrophic event.”

“I think, quite frankly, it is hypocritical, dangerous and disgraceful. Their obstruction and irresponsibility knows absolutely no bounds,” he continued.

Biden’s admission is the most blunt to date of the risk that the ongoing standoff poses to the “full faith and credit” of the United States and its standing in the global economy. The president said that going through reconciliation is “fraught with all kinds of danger for miscalculation.”

Biden’s remarks came not long after McConnell sent a letter to the White House urging the president to talk Democrats into going it alone on reconciliation.

“I respectfully submit that it is time for you to engage directly with congressional Democrats on this matter,” McConnell told Biden in his letter, a copy of which was obtained by POLITICO. “Your lieutenants in Congress must understand that you do not want your unified Democratic government to sleepwalk toward an avoidable catastrophe when they have had nearly three months’ notice to do their job.”

Biden told reporters he only received McConnell’s missive “10 minutes before I walked in here,” and his remarks indicated he would be unreceptive to the minority leader’s suggestions.

“Republicans say they will not do their part to avoid this needless calamity,” Biden said during his speech. “So be it. But they need to stop playing Russian roulette with the U.S. economy. Let the Democrats vote to raise the debt ceiling this week, without obstruction or further delays.”

Nevertheless Biden said he intends to talk with McConnell in the coming days in hopes of forging a way forward.