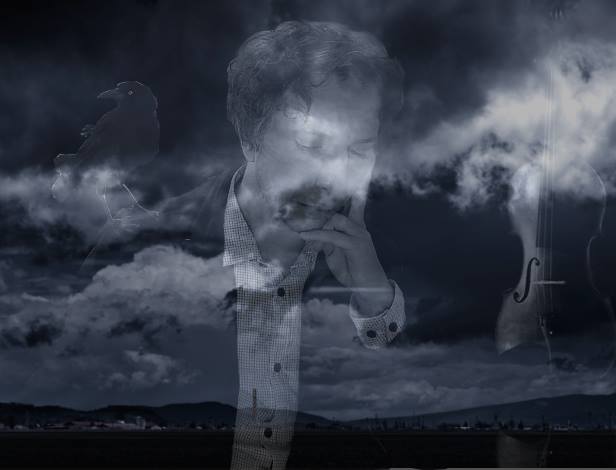 There are many ways to critique the capitalist mode of production, the consumer society, its spectacles, and the stultification of the spirit one suffers under its logic. While I have found most of these critiques intellectually sound, my heart is not touched by them. Not by Marx, Debord, or Kropotkin… Maybe by Goldman, for sure by Fromm. The most touching critiques, I find, are those which speak to my condition and all of our conditions as creative beings. My soft spot for Chomsky and Zinn even arise from this. And without these people who have been able to reach inside me and comprehend the nature of my hearts disposition under the rule of Capital, I would feel no passion for Anarchy.

I have never considered art, art-making, or identifying as an artist to be of any sort of professional or specialist nature. I don’t even think that there are any qualifications for occupying the role of artist other than the choice to do so. All of the trades to me are as beautiful as all of the fine arts. The capacity to impress ones sentiments and thoughts into the materials that one works with, that is art to me. And therein an understanding of Art in this manner lies an unquenchable intolerance for capitalism… because this can not be valued.

Art, when it is taken up as a profession, is always relatively valued according to a logic of Capital that is so profoundly inadequate in relation to the intention of Art that to market ones artwork is blatantly absurd. When I create artwork, or appreciate the artwork of someone else (and to appreciate is to value), it is not a quantifiable appreciation. To buy artwork, and to sell artwork, is to attempt the impossible and ultimately… it is to falsify its beauty. Artwork is sold for what one thinks someone will pay for it, and artwork is bought for how much one thinks its value according to rarity and popular taste will appreciate over time – or, for the immediate hype which surrounds it. Those who can not pay for artwork, and those who will not sell their artwork for a profit beyond their needs to continue creating, are those who truly understand the value of art: those who have been touched and can not quantify the way a work expresses a deep part of themselves.

Capitalism turns the artist into a liar and the art collector into a cold, calculating moron. If I was secure in my means and could choose whether to sell my artwork to the highest bidder, or to simply give it to someone who feels a true connection with it… I would always go with the latter decision. And this decision is the only honest decision I could make. Even in these times, when I am not secure in my means, I donate my artwork… and I have never been willing to sell it for anything more than the costs of its production. A market can not value me in my artistic capacities, and it can not value artwork itself in its significance. To even ask what the use-value of a piece of artwork is, to even begin to economize such an invaluable thing, is already to systematically bleed Art of its meaning.

And what is one to do? By which I mean, what are any of us to do – those who want have a deep connection with their work and not an abstract connection with it, mediated by the capitalist logic of value? Well, we know what we do whether we think that we are artists or not: we pour our most precious labor into jobs, professions, or scams that can not foul that which we truly value and hold most dear. We secure our means through work that is absolutely worthless to us personally, which can be quantified by Capital, and strain our existences after work to carry on our true work… whatever it is we have a passion for (our Art), even if it is a passion for something that has no material visibility: like loving someone, or providing mutual aid, or consoling those in our personal lives who are grateful for our consolations (which when refined, are all worth of the title of an art). If life could be more backwards, I am not so sure how.

It isn’t that one can not provide for themselves through selling their artwork, their craft, their trade, their empathy, their love, their passionate undertakings… they certainly can, and they pay a great spiritual debt in doing so. Those Artists who take up their work as a profession not only must live this lie on a daily basis, but consequentially undermine their own passion for what they do the more the logic of Capital dominates their motivation to create. To live in a society that denies one the capacity to live passionately, to be denied the life of living according to the healthy labor of creating from the heart, is to be oppressed. And this oppression itself is unquantifiable, incalculable, and resistant to a logic of systematic solutions. It is an oppression that has a stultifying effect on the emotions, on the mind, on ones sense of humor, and on ones character – surely, it retards many capacities we are endowed with or have developed through wonder and interest. But it is a great oppression that can be felt so deeply and can motivate one with such permanence, since it is inescapable as much as it is intolerable.

While Debord may not have had the words to capture this sort of oppression for me, Raoul Vaneigem does. While Marx may have buried this in the depths of his analysis, it is there. Max Stirner admits of it. Oscar Wilde was afflicted by it. And I suspect there isn’t a revolutionary who is not. What this ultimately says to me is that the notion of quantifiable Value and the logic of Capital praising this notion is rotten to the core and ultimately demonstrates the retardation of capitalist thought. It is insightful for me to understand this about capitalist thought, because it helps me to understand how the Capitalist can be so heartless in their exploitations and privatizations, colonizations, cultural ruination, competition, wars, and systems of status. That perhaps it is this critique of Capitalism that reveals the most infested and morbid aspects of its apologists and practitioners’ spirit.

In conclusion, it is this critique which makes it obvious to me why Capitalism is always-already barbarism. Why Capitalism is such a monstrous force… so cold, stupid, and vain. Ultimately, why capitalism must be ruthlessly abolished.