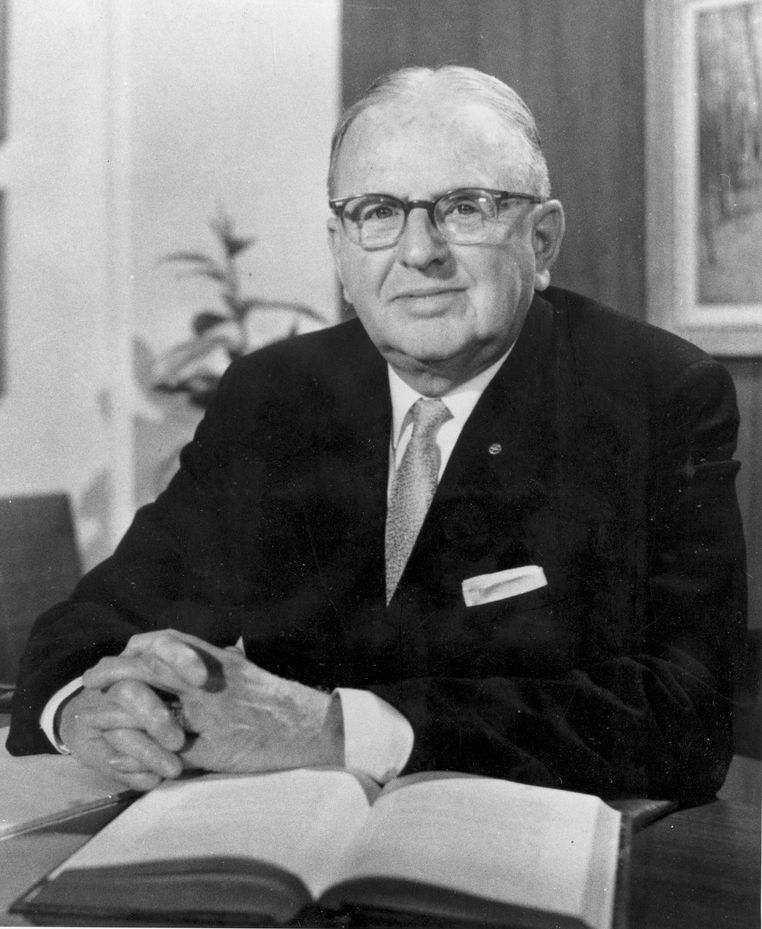 A folksy self-help book that drew derision when it was first released has survived in print for seven decades and now is finding a new generation of readers.

“The Power of Positive Thinking,” a title that became a catchphrase, was first published in October 1952 and catapulted the late Norman Vincent Peale into national fame and attracted a diverse set of followers.

According to Publishers Weekly, the volume hit the No. 2 spot on its list of religion nonfiction bestsellers in June. The book was in sixth place for August, the industry trade magazine reported.

Recently, publisher Simon & Schuster released an unabridged audiobook of the title, along with a series of Peale’s other volumes of encouragement.

“I’ve always thought that there’s a simplicity to the book,” said Clifford Peale, a grandson of Ruth and Norman Peale and a longtime newspaper reporter in Cincinnati, Ohio. “There’s a storytelling aspect to the book that is kind of compelling. It’s not written in complicated prose, it’s not a theological work. … My grandfather’s books were written and designed to connect with people.”

Peale’s granddaughter Katheryn Berlandi recalled in a recent interview that the book almost didn’t see the light of day: Peale was dissatisfied after writing the manuscript, which he had wanted to call “The Power of Faith,” and tossed the typewritten pages into a wastebasket.

The book was “very personal for him,” said Ms. Berlandi, a licensed clinical social worker. She surmised that Peale told himself, “You know, maybe this is not right for the rest of the world, but it sure was helpful for me to write.”

Its launch during the start of the Cold War might have seemed counter-intuitive, but optimism was widespread after years of sacrifice and scarcity during World War II. Still, people felt unsure of themselves in an increasingly automated and interconnected world.

Peale, who died in 1993, wrote that the booming business climate created opportunities and anxieties that faith in Christ and one’s own abilities could resolve.

Despite the book’s success, not all approved: “I find Paul appealing and Peale appalling,” quipped the late Adlai E. Stevenson, the Democratic presidential nominee in 1952 and 1956. Others parodied the title in works such as “The Power of Positive Drinking.”

But one observer says Peale’s mainstream appeal is the book’s legacy.

“He had peers who were also writing popular spiritual or ethical literature at the time,” said Mitch Horowitz, a historian of alternative spirituality whose “One Simple Idea” traced the history of positive thinking. “[But those books] did not survive, even though they had been equal to Peale in popularity.”

He said Peale’s contemporaries, such as Bishop Fulton J. Sheen and psychologist Erich Fromm, still have books in print, “but they’re not nearly as popular as Peale.”

Competing works of the period didn’t “crackle with the same possibility as I think Peale brought to the page. There was something about Peale’s belief in the epic possibility of the individual that has continued to appeal to people,” Mr. Horowitz said.