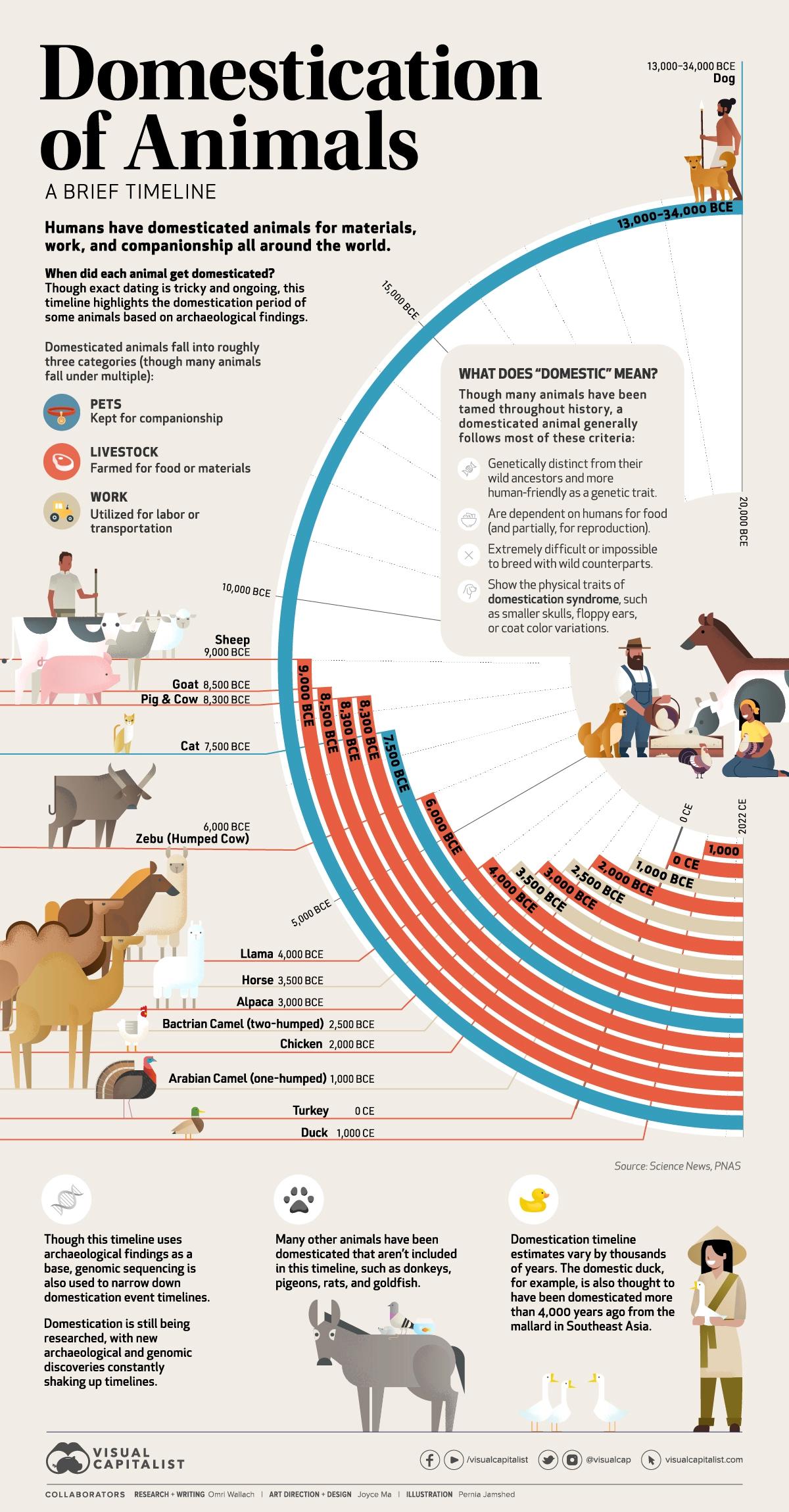 A Brief History Of Animal Domestication

The domestication of animals is one of the most important steps in human history. It enabled us to create communities and societies that were more complex than those of other species, and it gave us a way to feed ourselves when hunting and gathering wasn’t enough. It is a long and fascinating history. It has been going on for thousands of years, and we continue to learn more about it every day.

The history of domestication is not a straightforward one. There are few moments in history where we can say with certainty that one species became another, but there are more than enough stories that prove how important domestication has been for us as humans and for the world at large.

The world would not be what it is today without the domestication of animals.

Animal domestication has been a part of human history for thousands of years. We have domesticated animals for various reasons: food, transportation, work, companionship and protection. Animals are also a source of entertainment and inspiration in art. Animal husbandry is the practice of breeding animals for human use or to improve their offspring’s traits; it includes raising livestock (such as cattle, sheep or pigs) on farms to produce commodities like meat and wool or working with other animals such as dogs or horses to perform tasks like hunting game or working livestock.

Domestication is a process that has taken place for thousands of years. In fact, it’s still happening today with many different species of animal and plant. The earliest evidence comes from Africa and shows that humans were already domesticating wild cattle by 10,000 BC. Over time, people began breeding animals with desirable traits like large size or meat-producing capabilities while avoiding those they didn’t want like aggression towards humans or animals who were difficult to manage under domestication conditions such as extreme weather conditions (drought/cold climates).