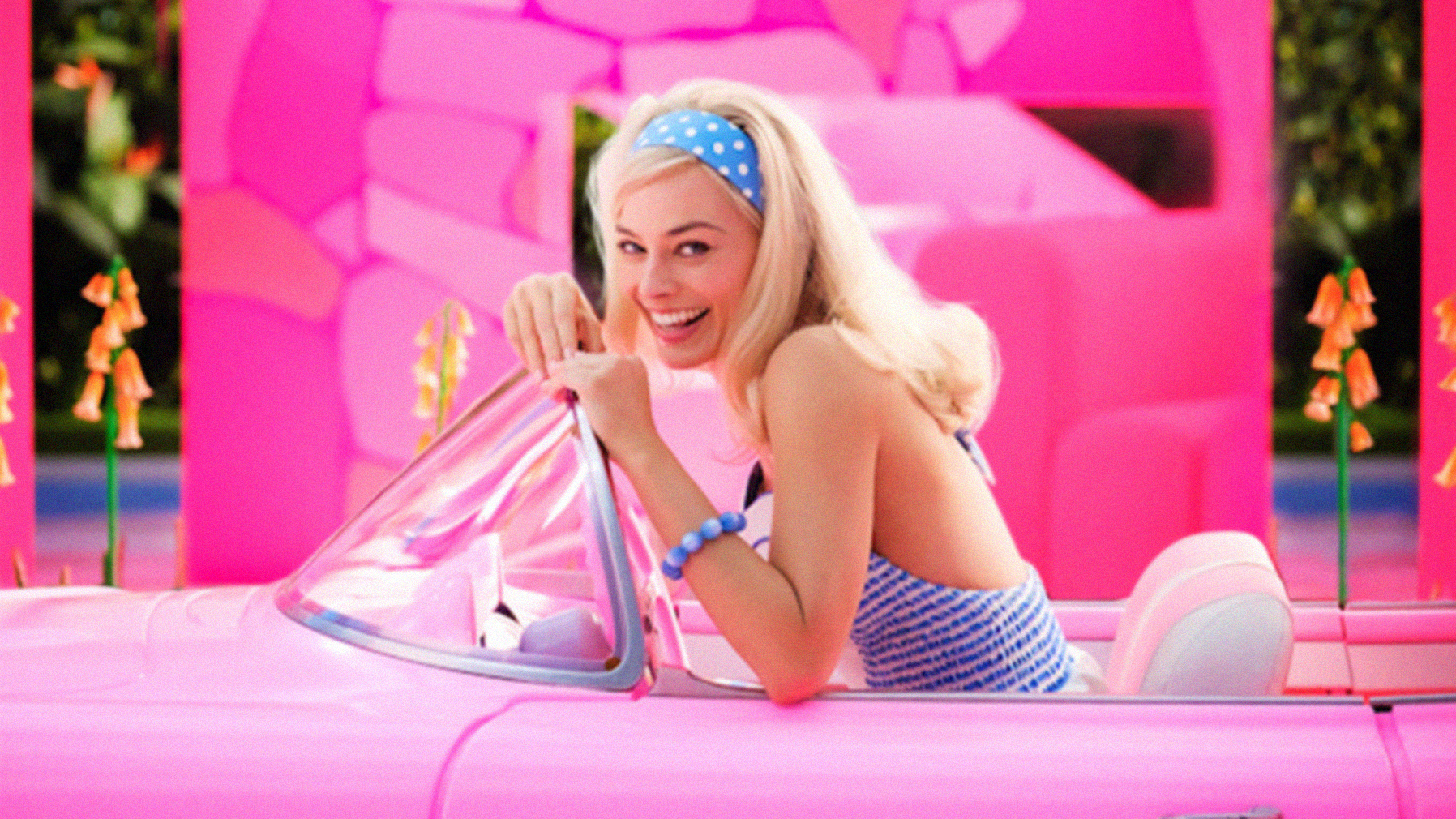 A Live-Action ‘Barbie’ Movie Is Just a Commercial, Even if the Outfits Are Cute

I never liked playing with Barbie dolls. Moving her every limb always felt more like work than play, and she’s not exactly easy to cuddle with. Still, Barbie was a part of my childhood whether I wanted her to be or not (adults in the 90s had a real knack for handing out Barbies to little girls as a default gift), so the ongoing social media frenzy surrounding the production photos of the forthcoming live-action Barbie movie taps into a particularly insidious kind of nostalgia, even for skeptics like myself.

Photos from the film’s set focus on stars Margot Robbie, who is such a dead ringer for the Mattel doll that she hardly appears to be in costume, and Ryan Gosling’s Ken-appropriate bleach-blonde hair and spray-tanned abs. In one photo that went viral on Twitter, Robbie’s plastic protagonist frolics with America Ferrera of Ugly Betty fame as they rollerblade at Venice Beach. But the excitement masks how little we actually know about the film: Its extremely eclectic cast list so far includes Kate McKinnon, Michael Cera, Issa Rae, Simu Liu, Will Ferrell, and three Sex Education cast members, all in as-yet-undisclosed roles. Even the basic contours of the plot are still unknown.

At the helm of this mysterious Barbie dream house is Oscar-nominated director Greta Gerwig, best known for helming Little Women and Lady Bird. In a 2021 interview with British Vogue, Robbie remained tight-lipped about Gerwig’s take on the iconic character, but drew on the director’s cachet to preemptively defend the movie from detractors. “People generally hear ‘Barbie’ and think, I know what that movie is going to be, and then they hear Greta Gerwig is writing and directing it, and they’re like, ‘Oh, well, maybe I don’t,’” she said.

Or… maybe we do. Although Gerwig’s films are often touted as feminist works, they have historically been exclusionary: Lady Bird relegated its few characters of color to barely-there supporting roles, while non-white perspectives are virtually invisible in Little Women (a product, in part, of its source text). The adulation of white girls like Gerwig’s subjects resonates with Mattel’s approach to Barbie, who has long been marketed as a role model for little girls who want to become ambitious women. The doll’s real history is rooted in white ideals of femininity and the promotion of white beauty standards, none of which will be dismantled by a film that is, in essence, nothing but a corporate brand extension.

The original Barbie was invented by Ruth Handler in 1959 and was inspired by Bili Lilli dolls, German dolls marketed to men. It wasn’t until 1967 that Mattel created the “colored” Francie doll, which was the company’s first toy to have a darker complexion but featured all of the same features as the original Barbie. Francie was discontinued just two years later, due to low sales. In 1968, Handler created a “friend” for the Barbie character known as Christie, who sported a cropped, curly haircut (not exactly an Afro) and a deeper skin tone than Francie, to show support for the Civil Rights movement.

But the first Black doll to actually carry the Barbie name wouldn’t actually be available for purchase for another 12 years. Created by Kitty Perkins, the Black Barbie was inspired by Diana Ross, wearing tight curls. “She’s Black! She’s beautiful! She’s dynamite!” was written on the box, suggesting that, unlike with Francie, a Black person was actually involved in how much the doll looked and sounded like the community it intended to reach.

It wasn’t until 2016 (literally six years ago) that Mattel decided to make the Barbie brand more “inclusive,” adding a wider range of skin types, hair textures, and body shapes to its line. Last year, the brand again expanded its array of products again to include Barbies with vitiligo, alopecia, and prosthetic limbs.

This was a shrewd business decision cheaply disguised as a progressive reckoning. From 2011 to 2015, a third of Barbie’s overall sales dropped, and the decline in revenue was a sign that consumers were tired of the narrow depiction of femininity that Mattel had been peddling for decades. “The stakes were high,” Lisa McKnight, global head of Mattel told NPR last year. “And we knew we needed diversity.” The “diverse” Barbies became best-sellers: Mattel sold $1.5 billion in Barbie merchandise in 2020, touted as a major comeback for a brand once viewed as on its last legs.

But Mattel’s struggle to present a cinematic vision of a present-day Barbie with present-day values shows that the brand isn’t ready to change as much as its makeover suggests. Barbie, which was initially slated for a 2017 release, started off as an entirely different film starring Amy Schumer. The comedian was originally tapped by Sony for a live-action adaptation about the pressure to be perfect in Barbieland, the fictional universe that the toy occupies. Months later, Schumer pulled out of the production because she wanted Barbie to be a genius inventor and, instead, the studio called for her character to create a “high heel made of Jell-O,” a plot point designed to undermine the character’s intelligence.

The Schumer story is a reminder that Mattel’s one mission with the Barbie movie is to extend its corporate brand. It smacks of performative activism in the name of serving the company’s bottom line. And the truth is that, no matter whether an Oscar-nominated director makes a Barbie movie, the toy was designed to be exclusionary, and fragments of that will always remain in her plastic because that is what she stands for. Not everything is worthy of a history-defying reappraisal, especially when it comes to a doll that should have been tossed in the dumpster bin of history years ago. Fuck Barbie.

Kristin Corry is a senior staff writer at VICE.