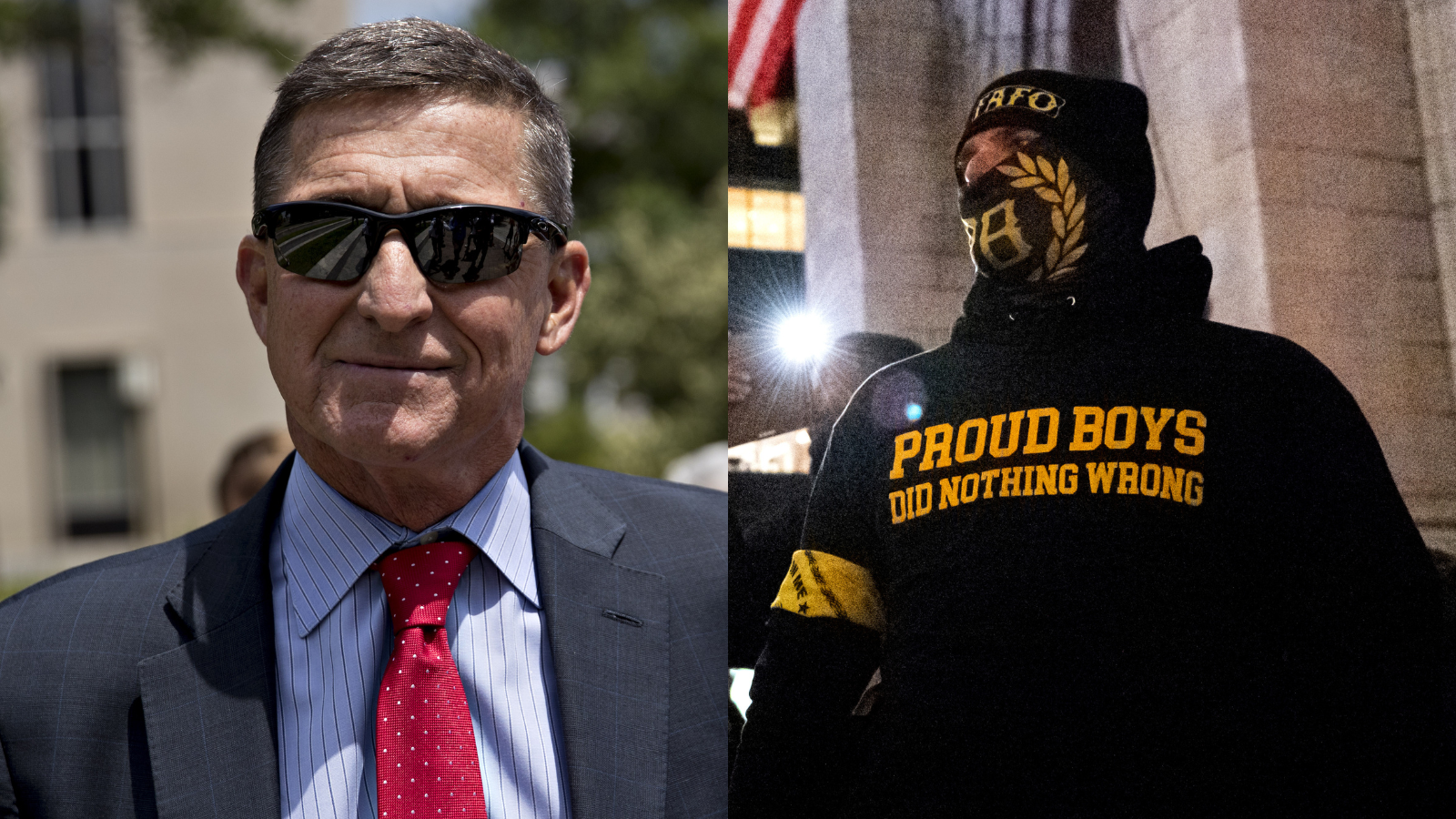 Much like termites nesting in the walls of a house, members of the Proud Boys and other right-wing extremists are quietly building inroads into local GOP politics in Florida.

Retired general Flynn, who is a key Trump ally, and Hoel were elected by voice vote at an event last week, the Sarasota Herald-Tribune reported.

Hoel’s election to the Sarasota County Republican Executive Committee shows that their connection to Jan. 6 has not impeded Proud Boys’ ability to operate openly in South Florida and gain a foothold in local politics. Dozens of Proud Boys were arrested in connection with the Capitol riot, and some of its leaders, including former chairman and Florida native Enrique Tarrio, are facing serious seditious conspiracy charges.

In June, the New York Times reported that half a dozen current or former members of the far-right street-fighting gang had also landed seats in the Miami-Dade Republican Executive Committee (out of 125 seats in total). And last month, at least one of those newly-elected Proud Boys was spotted working as a volunteer poll-watcher in Miami on Florida’s primary election day. Last year, even as the Proud Boys were being increasingly scrutinized for their role in the Capitol insurrection, Tarrio, their leader at the time, was slated as a speaker at an event hosted by the Boca Raton Republican committee.

Reached by phone on Wednesday, Hoel said he doesn’t have larger political ambitions and said that he wanted to join Sarasota County’s Republican executive committee as a way to “stay active” in his community. He also insisted there was zero crossover between his election and his involvement in the Proud Boys. “Being a member of a male fraternity has nothing to do with politics,” he said. When asked about photos circulating online that appear to show him near the Capitol on Jan. 6, he said he had no comment on anything related to Jan. 6.

Meanwhile, Hoel’s election to the executive committee flies in the face of a statement released by its president, Jack Brill, in June, condemning media reports that appeared to link local GOP candidates or officials to the Proud Boys. “Let’s be clear: The Republican Party of Sarasota County is not affiliated with the Proud Boys and will not be,” Brill wrote. “We don’t even know what they all believe because it is impossible to trust any media coverage. We are not a party of that group and that group is not a part of our Party.”

After the Capitol riot, the Proud Boys pivoted away from large-scale national rallies and instead turned their attention to local politics. They’ve sought alliances around right-wing grievances and culture wars, been a menacing presence at school board meetings where they’ve joined protests over mask requirements or “critical race theory,” and disrupted “Drag Queen Story Hours.”

Hoel, fellow Proud Boy Nicholas Radovich, and other members of the group have regularly shown up to Sarasota County School Board meetings and got involved in the contentious school board elections that resulted in a 4-1 conservative majority replacing the 3-2 liberal majority. At least one Proud Boy in uniform joined the victory party for two of the conservative board members in August.

The relationship between the conservative school board candidates and the Proud Boys became the subject of scrutiny in the Herald-Tribune, who ultimately published an op-ed in June headlined “Show some courage, School Board candidates, and call out the Proud Boys.”

Radovich’s wife, Melissa, penned a rebuttal, which was also published by the Herald-Tribune (and has since been deleted by the paper after receiving considerable backlash). Her op-ed, archived here, was titled “Attacking the Proud Boys does a disservice to caring school parents,” and lauded members of the Proud Boys as “fathers, business owners, and veterans.”

And meanwhile, Flynn, who previously served as Trump’s National Security adviser and was a key proponent of the “Stop the Steal” conspiracy, has been waging his own war in Sarasota County by targeting Brill, the current head of the Republican Executive Committee, on social media for not being MAGA enough. (Flynn moved to Sarasota County in early 2021, months after he was pardoned by Trump for lying to the FBI).

Hoel told VICE News that he doesn’t know Flynn personally, describing him only as “a very upright man of integrity with a nice family.”

The Sarasota County Republican Executive Committee did not respond to VICE News’ request for comment.