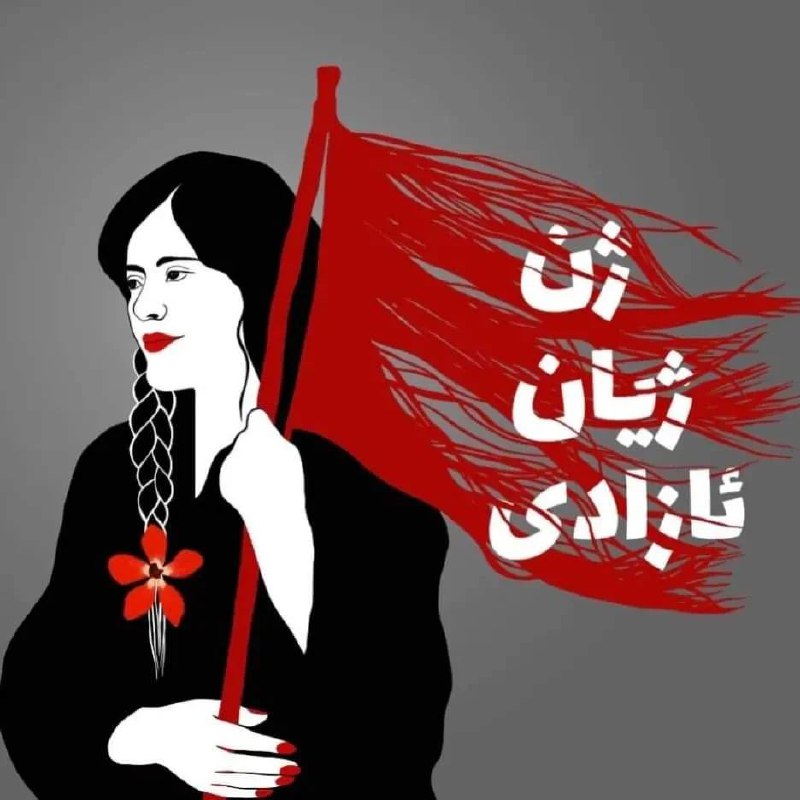 A translation of a statement from Kurdish feminists, previously published by the Slingers Collective.

You are hearing our voice from Kurdistan. This is a collective voice of leftists and marginalized feminists from a geography whose history is marked by discrimination, imprisonment, torture, execution, and exile. This has been the case since the early days of the 1979 Revolution. We are Kurdish women and queers who inherited a history that is not only full of violence but also of struggle and resistance. We have always had to fight against multiple fronts: in one battleground, against the patriarchy of Kurdish and non-Kurdish men, and in the other one, against the regime’s Islamist fundamentalism and the imposition of its gendered hierarchy. Against the chauvinist feminists, we have been fighting so hard to articulate gender oppression in its intersectionality with various forms of domination imposed upon us as ethnic-national minority.

Today, we are all witnessing a feminist revolution in Iran in terms of form and content. The Kurdish slogan of ‘Jin – Jiyan – Azadi’ (Women – Life – Freedom) has become the central refrain of this cycle of struggles, giving it a new and fresh life. We express our uncompromised support for the struggles of the people in Iran, especially for the women’s courageous and unstoppable fights on the streets. Since the current uprising is born out of Jina Amini’s killing by the state femicide, we would like to name this uprising after Jina: ‘the movement of Jina’ [‘the movement for life’, translator]. The name Jina in Kurdish means both life and life giving, reminding us of Jiyan, the middle term of the slogan nowadays chanted everywhere. For us, Jina is an appropriate name because we believe ‘Berxwedan jiyan e’ (a reference to the Kurdish slogan, ‘life is resistance’).

This uprising has not only elevated the question of gendered and sexual oppression to a public concern but also shown in practice how gendered, ethnic, and class forms of oppression can be articulated in a radical manner, namely as mutually interrelated to one another. This political articulation has enabled the protestors to form a strong and united front against dictatorship, political Islam, chauvinism, patriarchy, and the domination of capital. Those women and queers who have brought social struggles from the so-called ‘private’ to the ‘public’ sphere, from the domestic domain to the streets, are genuinely inspiring to us, for they have shown that the liberation from patriarchy, the state, and capital are deeply intertwined. Let us not forget that we are at a critical conjuncture, a crucial turning point in history. Jina has become our common code, uniting us in these multi-faceted and difficult circumstances. We see ourselves as part of the social movements that seek justice for the killing of all Jinas, especially the feminist and leftist movement that opposes femicide and queer killing, whilst also taking a stand against ‘exclusive nationalisms’ (be it on the side of the left or the right).

Originally appeared in the struggles of Kurdish women in Turkey and recently became one of the main slogans in Rojava, ‘Jin – Jiyan – Azadi’ in Iran spread in the blink of an eye to every corner of the whole country. What is inspiring about the slogan is that it can overcome the borders historically established by colonial and imperialist forces in the Middle East – just as the Kurdish, a nation without the state, especially Kurdish women, could have done so in the region. We take this transnational and transborder unity as indicative of the strength of the Kurdish women’s movement, indeed as a bright omen. Just as we see ourselves as integral part of the women protests and queer communities in Iran, so too, we utilize the buildup of women and queers’ historical experiences in other parts of Kurdistan in Iraq, Turkey, and Syria. ‘Jin – Jiyan – Azadi’, traditionally used in the funeral of Kurdish martyrs, is now chanted in the funeral of our martyr, Jina Amini. This enables us to speak of women’s power, subjectivity, and courage in their fight against the patriarchal forces driven by death and enslavement.

Sparked by the state femicide of Jina, the current uprising quickly turned into a movement against mandatory Hijab in particular and the overthrowing of the regime more generally. The movement has been able to challenge, indeed deconstruct, the prevailing narratives and images on the Kurdish women as well as the women of other ethnicities in Iran, in two specific respects. First, the nationalist’s racist misrepresentation of ethnic minorities women as simply the puppets in the hands of political parties with no agency of their own. Second, the Western orientalist view on the Middle East women.

The regime’s repressions and atrocities are not news to anyone. Since its violent establishment in the aftermath of the 1979 Revolution, the Islamic republic’s response to all social conflicts has always been repression, namely, the imprisonment and the killing of protesters. Like many other people in Iran, hundreds of women and feminist activists have been arrested during the past two weeks and are in prison now. Women and queers, however, have shown that fear can no longer prevent them from participating in the various movements growing in society. They can and already have become the pioneers of overthrowing masculine dictators and oligarchs in the region as a whole.

What is happening now in Iran promises a new historical era, one that is marked by resistance against violence, fundamentalism, and the right to life. We consider ourselves part of this movement, inviting the leftist and feminist/queer groups in the region and the Global South to join us in this war. We are calling for the Kurdish, Turkish, Arab and Baloch feminists in order to be able to redefine the intersectionality of various forms of domination imposed upon all of us in a progressive manner, namely: beyond the patriarchal formulations of ethnic oppression. We also call for the anti-capitalist and anti-racist feminists in the ‘West’ and other part of the world to support our cause and stand beside us. The ideals of freedom and emancipation cannot be realized without reclaiming back the right to our lives; this is what precisely echoes in Jin – Jiyan – Azadi. Our feminist revolution is following this slogan very carefully, thereby demanding a genuinely global solidarity for its realization in practice.