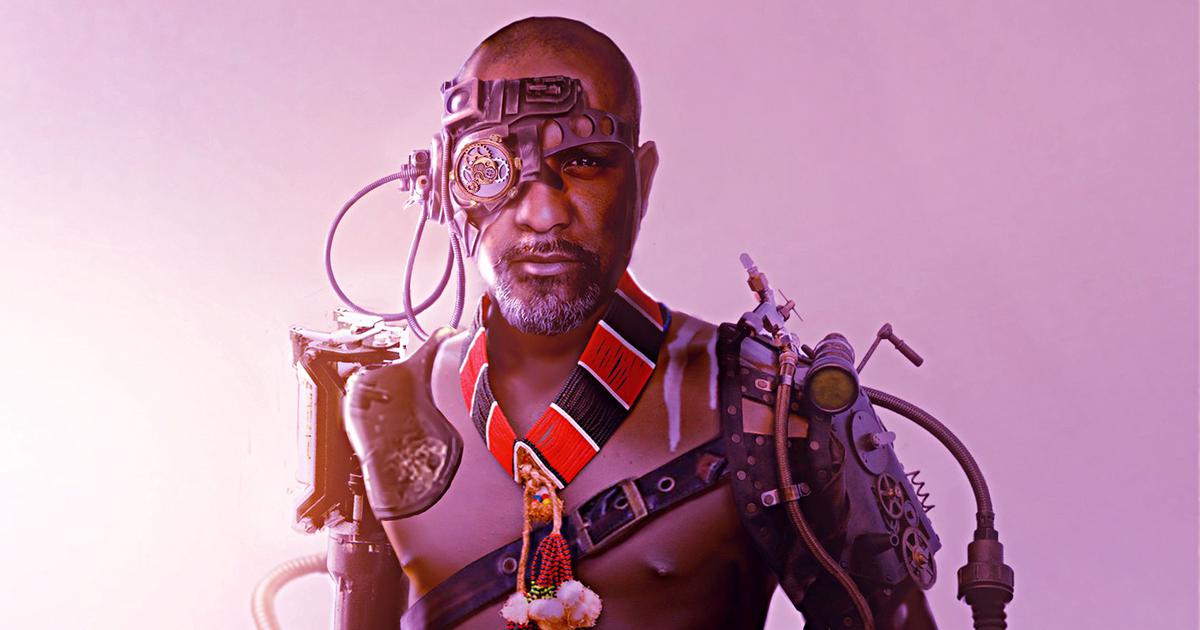 ‘Afrofuturism’: A professor explains the genre with elements of science fiction and African history

The new sci-fi musical Neptune Frost, set in a Rwandan village constructed with computer parts, tells the story of an intersex hacker and a coltan miner who lead an anarchist uprising against their oppressors.

The film – lauded for its “Afrofuturist vision” – is only one of the more recent works to engage in the transformative speculation of Afrofuturism, a cultural movement that pulls from elements of science fiction, magical realism, speculative fiction and African history. Undergirding this movement is a longing to create a more just world.

As I point out to my students in my course on Afrofuturism, while the term was coined 28 years ago, it can pertain to multiple kinds of work created by Black people across history. In 1994, cultural critic Mark Dery came up with “Afrofuturism” in an essay titled Black to the Future. Black people, he wrote, have “other stories to tell about culture, technology and things to come”.

Starting in 1998, scholars, artists and activists from various fields refined the meaning of the term.

British-Ghanaian writer and filmmaker Kodwo Eshun’s 1998 book More Brilliant than the Sun: Adventures in Sonic Future traces the origins and influence of electronic music. He explores how jazz, dub, techno, funk and hip-hop musicians used the tools, culture and experiences of the African diaspora to create an electronic sound of the future charged by a longing for transformation.

That same year, American social scientist Alondra Nelson helped organise the Afrofuturism email list for artists, scholars and everyday people to explore African visions of the world as it is, in addition to “the world to come”.

Nelson would go on to edit a groundbreaking special issue of the academic journal Social Text in 2002. This collection of essays argued the notion that race and gender distinctions would be eliminated by technology was “the founding fiction of the digital age”.

I tend to define Afrofuturism for my students as an intersection of speculation and liberation that is inspired by the concerns of people of African descent.

While Afrofuturism conjures images of future-oriented action, it does not mean that all of these works draw from an imagined future. The act of speculating about liberation has long been a core element of the Black experience. Afrofuturists seek to recover knowledge lost as the result of slavery and colonialism and they are highly critical of contemporary practices that continue to marginalise people.

Since Afrofuturism is rooted in the experiences of oppressed people, it usually seeks to undermine exploitative systems while pointing to the ways modern institutions use race and gender as a means of control.

Thus, entertainer and author Janelle Monáe’s use of the android as a metaphor for an exploited body struggling to be freed offers a critique of oppression linked to race and gender. In a similar vein, John Jennings’ graphic novels explore Black trauma by reimagining overlooked [folklore] and horror stories rooted in Black history.

Afrofuturist critiques can even compel audiences to reassess aspects of society that are taken as a given. For example, Rasheedah Phillips’ article about maps and clocks explores how time zones manifest power and oppression.

Ultimately, Afrofuturist works ask audiences to think about how society can be made safe for everyone. Though Octavia Butler’s Parable series of novels is set in a dystopian America, she models community practices rooted in sustainability, gender equity and mutual respect.

Julian C Chambliss is a Professor of English at the Michigan State University.

This article first appeared on The Conversation.