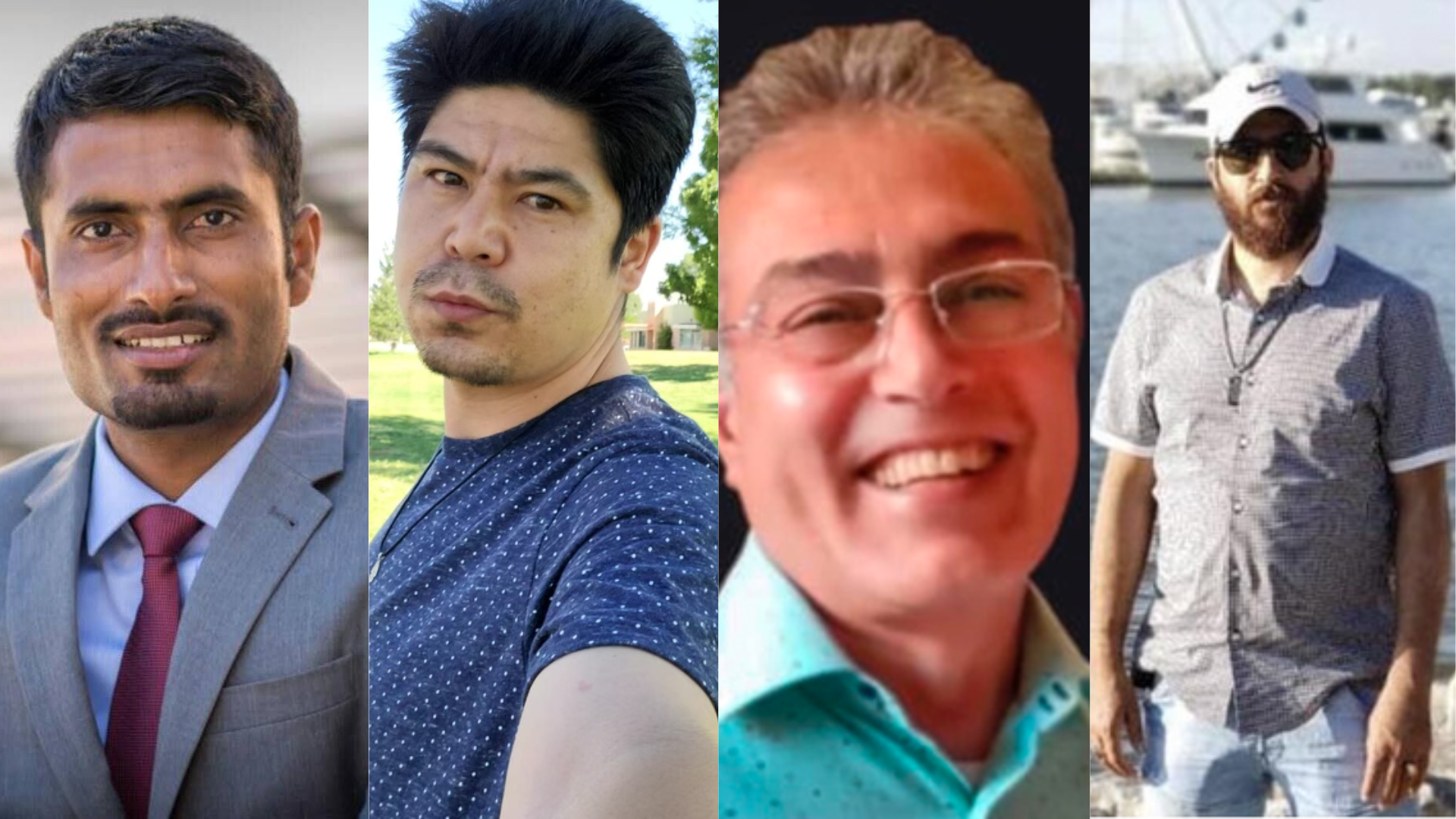 Albuquerque, New Mexico police say an “interpersonal conflict” may have motivated the primary suspect in a string of killings of Muslim men that has terrorized the city.

Muhammad Syed, 51, is being charged with the murders of Aftab Hussein, 41, and Muhammad Afzaal Hussain, 27, who were shot to death on Aug. 1 and July 26, respectively. Police believe Syed may also be linked to the killings of two other Muslim men in the city—Naeem Hussain, 25, who was shot Friday just before midnight, hours after attending a funeral for two other victims, and Mohammad Ahmadi, who was killed in November outside a shop he worked at with his brother.

Police Chief Harold Medina announced the arrest on Tuesday afternoon, noting that authorities had tracked down a vehicle believed to be linked to the most recent homicide of Naeem Hussain.

Police released an image of a dark silver Volkswagen Jetta with tinted windows on Sunday. Deputy Police Commander Kyle Hartsock said a tip from the community led police to Syed.

He said multiple firearms were recovered from Syed’s home and car, including weapons linked to the killings of Aftab Hussein and Muhammad Afzaal Hussain.

In a news release, police said evidence shows “the offender knew the victims to some extent and an interpersonal conflict may have led to the shootings.”

Aftab Hussein, Muhammad Afzaal Hussain, and Naeem Hussain are all from Pakistan and all attended the same mosque, the Islamic Center of New Mexico.

Mosque president Ahmad Assed told the New York Times he was told by police that the suspect was a Sunni Muslim who may have been targeting the victims because he was angry his daughter had married a Shiite Muslim.

At the press conference, Hartsock said “we have heard those things” but that police are still exploring the suspect’s motivations.

Hartsock said Syed moved to the U.S. from Afghanistan a few years ago and has previously been charged with misdemeanors, including for domestic violence.

Police have not yet specified what Syed will be charged with, aside from murder, but said they may also pursue federal charges.

The FBI was assisting in the case and determining if the crimes were hate crimes.

“Now we are safe to go outside of our house,”  Imtiaz Hussain said. “The environment of fear is gone.”

He said the medical examiner who worked on his brother said his brother was shot with both a rifle and a handgun. He said half of his brother’s head was gone when he saw him.

“We wanted to bury him in Pakistan but when we saw his body and the condition we decided no we cannot.”

Samia Assed, a human rights activist and member of the Islamic Center of New Mexico, said the community has been “terrified and scared.”

Naeem Hussain was killed near Truman St. and Grand Ave. just before midnight on Friday.

Assed said he was killed near his work, prompting fears from community members that they were being surveilled.

She said attendance at prayer services has dropped, and that some people have fled the city.

“Most of these people left war-torn areas. All they want to do is have peace,” she said. “This kind of violence triggers so much.”

She said the city had been looking into launching a buddy system for Muslim college students returning to school and that there have been discussions around self-defense training for locals.

In a statement, Muslim civil rights group the Council on American-Islamic Relations (CAIR) said the killings may have been motivated by anti-Shia hatred.

"We are disturbed by early indications that the alleged killer may have been targeting particular members of the Shia community. If this is true, it is completely unacceptable, and we encourage law enforcement to file any appropriate hate crime charges against the suspect,” the statement said.

The mosque is hosting a memorial for all four victims on Tuesday evening.