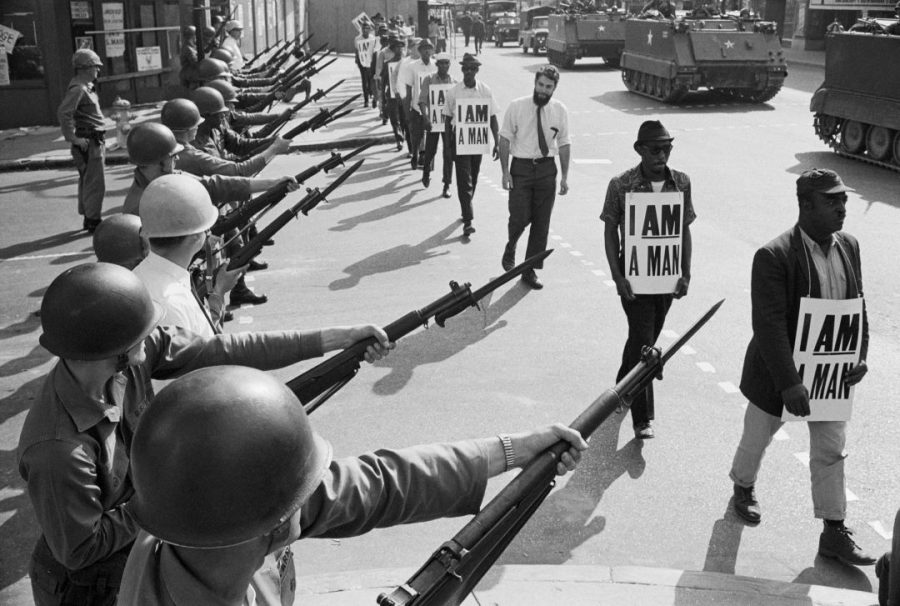 Between 2017 and 2020, the Mississippi Department of Human Services squandered nearly a quarter of its federal block grant under the Temporary Aid to Needy Families (TANF) program on kickbacks, phantom services, and vanity projects for retired football players. In the summer of 2021, twenty-six states — all Republican-led — cut short their participation in the federal programs that expanded unemployment insurance in response to the pandemic; five of those states then extended benefits to workers who were fired or quit because they refused to abide by a workplace vaccine mandate. Earlier this fall, governors Ron DeSantis of Florida and Greg Abbott of Texas made headlines by shipping migrants to Martha’s Vineyard and to the residence of Vice President Kamala Harris in Washington.

The common thread running through these episodes (aside from the sleaze and cruelty) is the peculiar logic of contemporary US federalism. State governments, especially those under GOP control, are actively legislating against the material and expressed interests of their residents. They use and abuse their discretion under “shared” programs like TANF to punish the poor and line their own pockets. They refuse federal dollars (extended unemployment, Medicaid expansion, disaster relief) for no better reason than to make a thin political point. And they squander state resources on political grandstanding for national audiences and national donors.

They have become, as Jacob Grumbach’s brilliant new book puts it, “laboratories against democracy.”

The Promise and Reality of US Federalism

The justification for our patchwork system of governance — stretching back to the Federalist debates of the 1780s — rests on a foundation of shaky premises. By dividing governance between national and state jurisdictions and across competing states, so the argument goes, a federal system is more democratic, efficient, accountable, innovative, and responsive than a unitary nation state. Federalism, in this view, structures political representation at a scale large enough to accomplish policy goals but small enough to ensure a meaningful civic connection between the government and the governed.

The United States’ historical experience suggests that most of this is hopeful nonsense. Since 1900, the turnout rate in midterm elections has lagged that of presidential years by an average of more than 15 points. When citizens are engaged locally, the tiers of federalism often dissipate and deflect their energies. Far from being bulwarks against tyranny, state governments — especially, but not exclusively, under slavery and Jim Crow — have been laboratories of authoritarian rule, a persistent threat to political and social citizenship.

States, in turn, are not just scaled-down versions of the nation-state. State and local government is largely concerned with the exercise of police power — with the regulation, restraint, and punishment of private conduct. Policy devolution, in this respect, means lodging political responsibility in jurisdictions without the capacity to meet them and without much semblance of an interest in equal protection. The result has been a cascade of punitive social policies, a spike in mass incarceration driven largely by the states, and a hardening of inequality (in both policies and outcomes) across the states.

The constraints of capitalist democracy exaggerate and harden all of this. The tiers of political access and “veto points” afforded by federalism primarily benefit those with the will and capacity to exploit them. In the states, this means not just the usual demands made and advantages enjoyed by moneyed interests but the “threat of exit” they wield over investment-anxious local and state economies. States are left stumbling over each other to create and promote “a friendly business climate,” larding corporate interests with tax breaks and incentives while eviscerating what is left of workers’ rights and workplace protections.

If there is some promise to federalism in the abstract, it evaporates almost completely in the American case — a setting in which the national government sets few meaningful floors or standards for subnational policies, in which there is no systematic revenue-sharing matching local capacities to local needs, and in which the origins and defense of “states’ rights” is inextricably bound up with a deep and continuing history of racial exploitation.

In Laboratories Against Democracy, Grumbach offers both a thoughtful examination of US federalism’s inherent perils and limits and a searching interpretation of how they are compounded in our current political climate. The picture is not a pretty one. “Rather than ushering in democratic responsiveness, social harmony, and economic prosperity,” Grumbach writes, devolution “since the 1970s has coincided with a weakening of democratic institutions, the precipitous rise of economic inequality, and growing mass polarization and discontent.”

The core argument — developed over a series of chapters and underwritten by a close analysis of the available data — is this: Political polarization since the 1970s has yielded policy paralysis at the national level, where control over the executive and legislative branches has been consistently divided. That gridlock has shifted political attention to the states. In the states, however, polarization is far more likely to take the form of unified “trifecta” control by one party. The result is wider variation across the states — Republican states lurching right, Democratic ones tugging left — in almost every realm of policy, with the notable exception of the bipartisan investment in mass incarceration.

The polarization of policy, as Grumbach argues, is driven not by a polarized electorate (on most issues, polling shows a widening gap between policy outcomes and popular aspirations) but by the ability and willingness of national political interests to capture state policymaking. These interests (including national partisan groups like the Republican Governors Association, multi-issue clearinghouses like the right-wing American Legislative Exchange Council, and single-issue lobbies like the antiabortion National Right to Life) have both the willingness and the capacity to push their agendas across venues and jurisdictions.

The result is distorted policy within the states and across them. Hard-line measures (like race-to-the-bottom minimum wage rates and refusals to expand Medicaid) fly in the face of the interests and preferences of most ordinary people. And to the degree that states look to each other as policy laboratories, their attention is confined to ideological peers and their experiments become a form of partisan leapfrog: who can legislate the strictest abortion ban, the most scurrilous attack on public sector workers, the leanest and meanest social policies.

The threat to democracy, according to Grumbach, is threefold. First, state policy decisions, shaped largely by national and partisan interests, are increasingly divorced from what the average person wants or needs. States have been pushed to the fore not because they are uniquely responsive or accountable, but because they are so readily captured by well-resourced interests.

Second, those interests, and the politicians beholden to them, recognize this disconnect — and double down on it by seeking to further mute democratic participation. Policies that subvert or defy the will of the majority are necessarily accompanied by constraints on political participation. Efforts to discourage or dampen the vote undermine democracy in the states where they are pursued and — because states bear primary responsibility for electoral standards and integrity — undermine democracy everywhere else in the bargain.

The Problem With Federalism

While I find Grumbach’s larger argument compelling and convincing, there are a couple of background assumptions that deserve more scrutiny.

While “polarization” has become the conventional moniker for our current political climate, the term is misleading. The implication, which Laboratories Against Democracy sometimes embraces, is that the gap has widened as Republicans shift right and Democrats shift left. Yet as historian Lily Geismer and others have detailed, the movement has all been to the right. Republican extremism, in a two-party system largely divorced from social movements and popular organization, has pulled the Democrats to the economic right; Democratic concessions have further enabled Republican extremism.

The attachment to “Republican” and “Democrat” as static partisan categories across the post-1970 era is also a little misleading. Over that span, the civil rights movement and the playing out of Richard Nixon’s “Southern strategy” flipped most of the old “Dixiecrat” South to GOP control. That reshuffling was an important factor in the rise of the new Republican right, but it also meant the trajectory of state policy would be shaped as much by changes in the party system itself as by changes within either party.

Over the long haul, this circles back to a question that has long challenged students of US politics: What role do (or should) political parties play in a federal system? At its conception, federalism was thought of as way of stifling the growth of partisan factions. The division of powers between state and nation, as Federalist 10 famously argued, would ensure that the “influence of factious leaders may kindle a flame within their particular States, but will be unable to spread a general conflagration through the other States.”

For most of modern US history, federalism has been shaped by the weakness of the national party system. Even at their most robust, US parties lacked the popular base and ideological coherence to sustain the connective tissue between local, state, and national polities. For most of the last century, the Republican Party was split between East Coast business interests and a rising tide of “Sunbelt” social conservatism. The Democrats, for their part, were an unlikely coalition of New Deal liberals and southern segregationists — a “marriage of Sweden and South Africa” that lasted into the early 1970s.

And federalism — that article of faith of the US political system — is the malignant source.