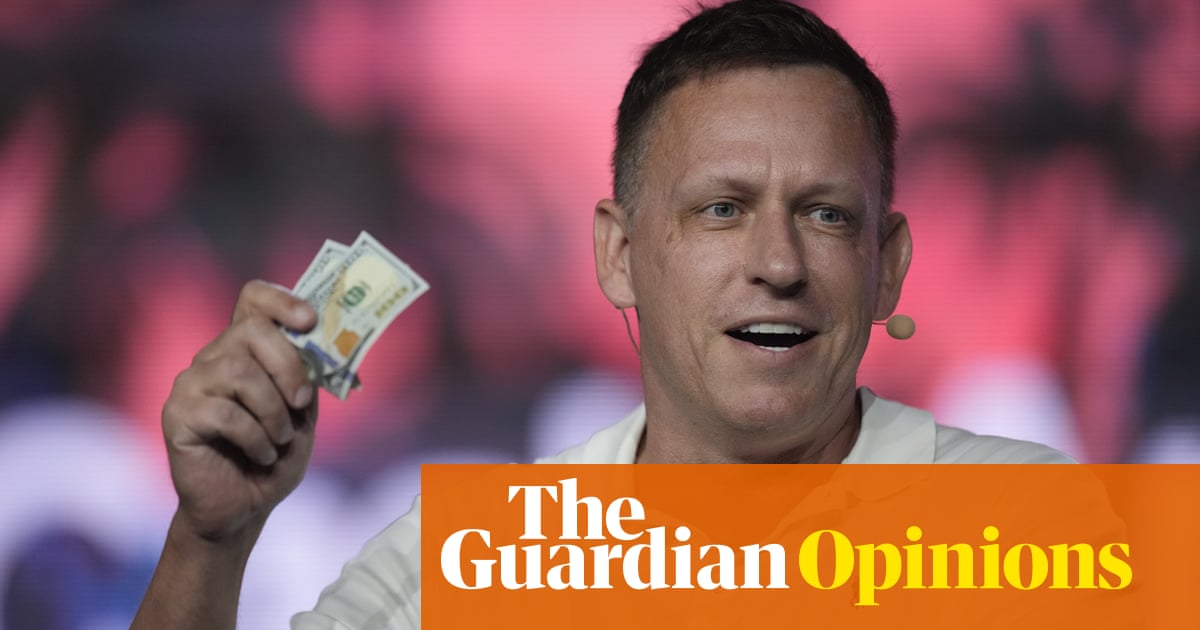 Today’s billionaire class is pushing a radically anti-democratic agenda for America – backing Trump’s lie that the 2020 election was stolen, calling for restrictions on voting and even questioning the value of democracy.

Peter Thiel, the billionaire tech financier who is among those leading the charge, once wrote, “I no longer believe that freedom and democracy are compatible.”

Thiel is using his fortune to squelch democracy. He donated $15m to the successful Republican Ohio senatorial primary campaign of JD Vance, who alleges that the 2020 election was stolen and that Biden’s immigration policy has meant “more Democrat voters pouring into this country.”

Thiel has donated at least $10m to the Arizona Republican primary race of Blake Masters, who also claims Trump won the 2020 election and admires Lee Kuan Yew, the authoritarian founder of modern Singapore.

Thiel and his fellow billionaires in the anti-democracy movement don’t want to conserve much of anything – at least not anything that occurred after the 1920s, which includes Social Security, civil rights, and even women’s right to vote. As Thiel wrote:

The 1920s were the last decade in American history during which one could be genuinely optimistic about politics. Since 1920, the vast increase in welfare beneficiaries and the extension of the franchise to women – two constituencies that are notoriously tough for libertarians – have rendered the notion of “capitalist democracy” into an oxymoron.

Rubbish. If “capitalist democracy” is becoming an oxymoron, it’s not because of public assistance or because women got the right to vote. It’s because billionaire capitalists like Thiel are drowning democracy in giant campaign donations to authoritarian candidates who repeat Trump’s big lie.

Not incidentally, the 1920s marked the last gasp of the Gilded Age, when America’s rich ripped off so much of the nation’s wealth that the rest had to go deep into debt both to maintain their standard of living and to maintain overall demand for the goods and services the nation produced.

When that debt bubble burst in 1929, we got the Great Depression.

It was also the decade when Benito Mussolini and Adolf Hitler emerged to create the worst threats to freedom and democracy the modern world had ever witnessed.

Last Tuesday night, Doug Mastriano, a January 6 insurrectionist and Trump-backed big lie conspiracy theorist, won the Republican nomination for governor of Pennsylvania (the fifth largest state in the country, and the biggest state that flipped from 2016 to 2020). Mastriano was directly involved in a scheme to overturn the 2020 election by sending an “alternate” slate of pro-Trump electors to the electoral college – despite the fact that Trump lost Pennsylvania by more than 80,000 votes.

If Mastriano wins in November, he will appoint Pennsylvania’s secretary of state, who will oversee the 2024 election results in one of the most important battleground states in the country.

Meanwhile, the major annual event of the Conservative Political Action Conference (Cpac) – the premier convening organization of the American political right – was held this past week in Budapest.

That’s no accident. The Hungarian prime minister Viktor Orbán and his ruling Fidesz party have become a prominent source of inspiration for America’s anti-democracy movement. Steve Bannon, Trump’s former adviser, describes Orbán’s agenda as that of a “Trump before Trump”.

Orbán has used his opposition to immigration, LGBTQ+ rights, abortion and religions other than Christianity as cover for his move toward autocracy – rigging Hungary’s election laws so his party stays in power, capturing independent agencies, controlling the judiciary and muzzling the press.

He remains on good terms with Vladimir Putin and has refused to agree to Europe’s proposed embargo of Russian oil.

If America and the world should have learned anything from the first Gilded Age and the fascism that began growing like a cancer in the 1920s, it’s that gross inequalities of income and wealth fuel gross inequalities of political power – which in turn lead to strongmen who destroy both democracy and freedom.

Peter Thiel may define freedom as the capacity to amass extraordinary wealth without paying taxes on it, but most of us define it as living under the rule of law with rights against arbitrary authority and a voice in what is decided.

If we want to guard what is left of our freedom, we will need to meet today’s anti-democracy movement with a bold pro-democracy movement that protects the institutions of self-government from authoritarian strongmen like Trump and his wannabes, and from big money like Peter Thiel’s.

This article was amended on 24 May 2022. Pennsylvania is the fifth largest state, not the fourth as stated in an earlier version.