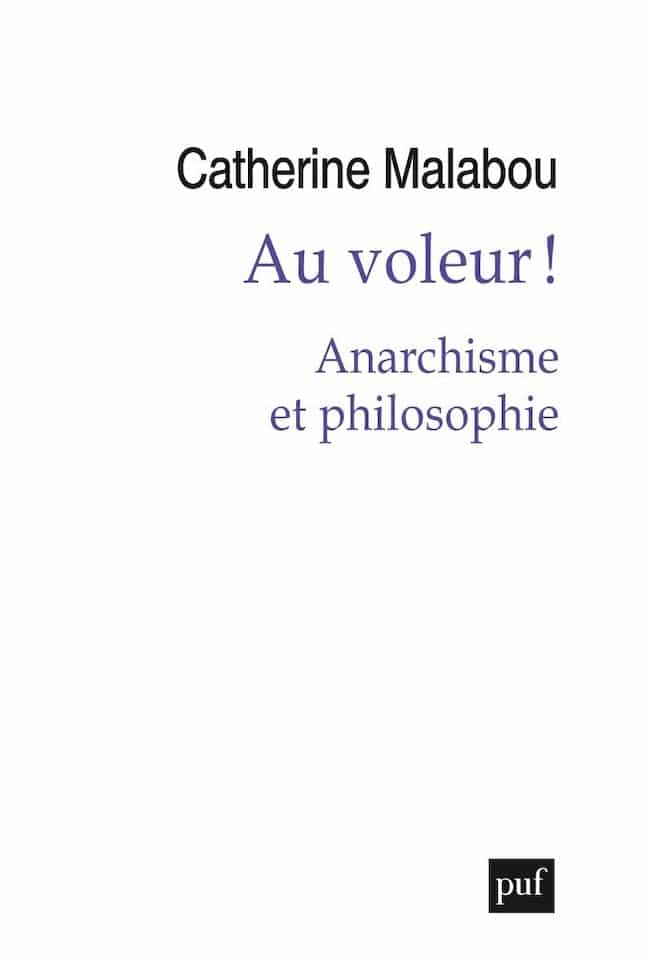 Can we think anarchism?
This Monday we wanted to know if anarchism was thinkable. We didn’t ask the question. We didn’t know that perhaps it had not been. Thanks to Catherine Malabou and her book Au voleur! Anarchisme et Philosophie we found an answer.

In fact, we learned that anarchism was not entirely thinkable under the conditions set by the six main “male and white” philosophers in charge of doing so: Schürmann, Lévinas, Derrida, Foucault, Agamben, Rancière. Why? Because our six philosophers, by reflecting on anarchy, have stolen something from anarchism. By wanting to conceptualise anarchy and theoretically think about the possibility of anarchism, they only succeeded in throwing the baby away and keeping the bath water, that is to say, denying the real possibility of forms of life covered by this word, while securing the triumph of the concept.

Malabou taught us how much philosophical thought was imbued with a prejudice: the “governmental prejudice” – the belief that basically without government there is chaos. She then explained to us how this prejudice relates to the “archic paradigm”; a paradigm according to which one cannot think rationally nor live in common without an arche – that is to say without a principle which both begins and commands, and shapes order from chaos. Once this paradigm and this prejudice are elucidated, we then discovered that the concept of the ungovernable was never anything other than the reverse of government and even its own object. To govern is, precisely, to manage the ungovernable. Malabou made us understand that anarchism today is not a position from which to criticise or attack domination, but the battlefield itself. Indeed, what would mark the era would not be the crisis of the verticality of the State, but the “crisis of horizontality”; not a crisis of horizontality confronted with the authoritarian verticality of the State, but indeed a crisis internal to horizontality itself: capitalism would itself be in the process of flattening out – pretending and claiming to be “anarchist”. From there, Malabou offered us distinctions to find our bearings in this crisis. First, by distinguishing between de facto anarchism (which brings together everything that claims to operate horizontally – from ZADs to Libertarians) and awakening anarchism (a truly emancipatory anarchism). Then, by basing awakening anarchism on a more adequate concept than that of the ungovernable: the concept of the “non-governable”, which she defines as what can only be crushed or tamed but never governed. Her proposal consists of awakening anarchism, to the dimension of the “non-governable”. What Barbara Glowczewski also calls for, in her own way, when she invites us to “awaken the spirits of the earth”.

Finally, we can briefly summarise what Malabou defines as the three figures that serve as sine qua non conditions for a theory of anarchism without denial and attentive to the “non-governable”; the figures of the Witness, the Colonised, the Slave:

For an earlier (07/2021), english language, lecture by Catherine Malabou on her re-thinking of anarchism for the Berlin Institute for Cultural Inquiry, see the following: