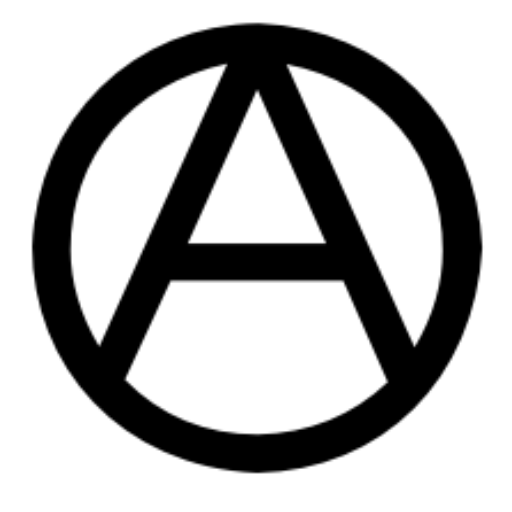 Anarchist FAQ: How does the history of “anarcho”-capitalism show that it is not anarchist?

One “anarcho”-capitalist overview of their tradition is presented by David M. Hart. His perspective on anarchism is typical of the school, noting that in his essay anarchism or anarchist “are used in the sense of a political theory which advocates the maximum amount of individual liberty, a necessary condition of which is the elimination of governmental or other organised force.” [“Gustave de Molinari and the Anti-statist Liberal Tradition: Part I”, pp. 263–290, Journal of Libertarian Studies, vol. V, no. 3, p. 284] Yet anarchism has never been solely concerned with abolishing the state. Rather, anarchists have always raised economic and social demands and goals along with their opposition to the state. As such, anti-statism may be a necessary condition to be an anarchist, but not a sufficient one to count a specific individual or theory as anarchist.

Specifically, anarchists have turned their analysis onto private property noting that the hierarchical social relationships created by inequality of wealth (for example, wage labour) restricts individual freedom. This means that if we do seek “the maximum of individual liberty” then our analysis cannot be limited to just the state or government. Thus a libertarian critique of private property is an essential aspect of anarchism. Consequently, to limit anarchism as Hart does requires substantial rewriting of history, as can be seen from his account of William Godwin.

Hart tries to co-opt of William Godwin into the ranks of “anti-state” liberalism, arguing that he “defended individualism and the right to property.” [Op. Cit., p. 265] He, of course, quotes from Godwin to support his claim yet strangely truncates Godwin’s argument to exclude his conclusion that ”[w]hen the laws of morality shall be clearly understood, their excellence universally apprehended, and themselves seen to be coincident with each man’s private advantage, the idea of property in this sense will remain, but no man will have the least desire, for purposes of ostentation or luxury, to possess more than his neighbours.” In other words, personal property (possession) would still exist but not private property in the sense of capital or inequality of wealth. For Godwin, “it follows, upon the principles of equal and impartial justice, that the good things of the world are a common stock, upon which one man has a valid a title as another to draw for what he wants.” [An Enquiry into Political Justice, p. 199 and p. 703] Rather than being a liberal Godwin moved beyond that limited ideology to provide the first anarchist critique of private property and the authoritarian social relationships it created. His vision of a free society would, to use modern terminology, be voluntary (libertarian) communism.

This analysis is confirmed in book 8 of Godwin’s classic work, entitled “On Property.” Needless to say, Hart fails to mention this analysis, unsurprisingly as it was later reprinted as a socialist pamphlet. Godwin thought that the “subject of property is the key-stone that completes the fabric of political justice.” Like Proudhon, he subjected property as well as the state to an anarchist analysis. For Godwin, there were “three degrees” of property. The first is possession of things you need to live. The second is “the empire to which every man is entitled over the produce of his own industry.” The third is “that which occupies the most vigilant attention in the civilised states of Europe. It is a system, in whatever manner established, by which one man enters into the faculty of disposing of the produce of another man’s industry.” He notes that it is “clear therefore that the third species of property is in direct contradiction to the second.” [Op. Cit., p. 701 and p. 710–2] The similarities with Proudhon’s classic analysis of private property are obvious (and it should be stressed that the two founders of the anarchist tradition independently reached the same critique of private property).

Godwin, unlike classical liberals, saw the need to “point out the evils of accumulated property,” arguing that the “spirit of oppression, the spirit of servility, and the spirit of fraud … are the immediate growth of the established administration of property. They are alike hostile to intellectual and moral improvement.” Thus private property harms the personality and development those subjected to the authoritarian social relationships it produces, for “accumulation brings home a servile and truckling spirit” and such accumulated property “treads the powers of thought in the dust, extinguishes the sparks of genius, and reduces the great mass of mankind to be immersed in sordid cares.” This meant that the “feudal spirit still survives that reduced the great mass of mankind to the rank of slaves and cattle for the service of a few.” Like the socialist movement he inspired, Godwin argued that “it is to be considered that this injustice, the unequal distribution of property, the grasping and selfish spirit of individuals, is to be regarded as one of the original sources of government, and, as it rises in its excesses, is continually demanding and necessitating new injustice, new penalties and new slavery.” He stressed, “let it never be forgotten that accumulated property is usurpation” and considered the evils produced by monarchies, courts, priests, and criminal laws to be “imbecile and impotent compared to the evils that arise out of the established administration of property.” [Op. Cit., p. 732, p. 725, p. 730, p. 726, pp. 717–8, p. 718 and p. 725]

Unsurprisingly given this analysis, Godwin argued against the current system of property and in favour of “the justice of an equal distribution of the good things of life.” This would be based on ”[e]quality of conditions, or, in other words, an equal admission to the means of improvement and pleasure” as this “is a law rigorously enjoined upon mankind by the voice of justice.” [Op. Cit., p. 725 and p. 736] Thus his anarchist ideas were applied to private property, noting like subsequent anarchists that economic inequality resulted in the loss of liberty for the many and, consequently, an anarchist society would see a radical change in property and property rights. As Kropotkin noted, Godwin “stated in 1793 in a quite definite form the political and economic principle of Anarchism.” Little wonder he, like so many others, argued that Godwin was “the first theoriser of Socialism without government — that is to say, of Anarchism.” [Environment and Evolution, p. 62 and p. 26] For Kropotkin, anarchism was by definition not restricted to purely political issues but also attacked economic hierarchy, inequality and injustice. As Peter Marshall confirms, “Godwin’s economics, like his politics, are an extension of his ethics.” [Demanding the Impossible, p. 210]

Godwin’s theory of property is significant because it prefigured what was to become standard nineteenth-century socialist thought on the matter. In Britain, his ideas influenced Robert Owen and, as a result, the early socialist movement in that country. His analysis of the property, as noted, was identical to and predated Proudhon’s classic anarchist analysis. As such, to state, as Hart did, that Godwin simply “concluded that the state was an evil which had to be reduced in power if not eliminated completely” while not noting his analysis of property gives a radically false presentation of his ideas. [Op. Cit., p. 265] However, it does fit into his flawed assertion that anarchism is purely concerned with the state. Any evidence to the contrary is simply ignored.