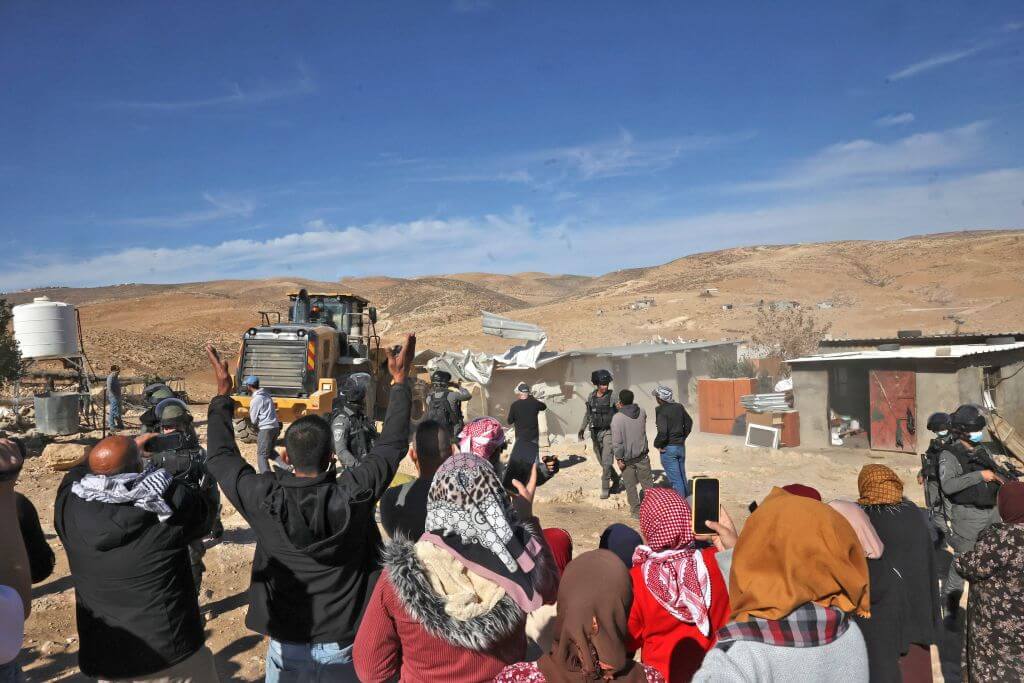 Another Israeli government falls after mismanaging the Palestinian conflict

Lapid, who will become interim prime minister as Israel heads to a fifth election in just three years, was once accused of having no substance. But he and Bennett, who comes from the nationalist far-right of Israeli politics, joined with left-wing parties and — for the first time in history — with an Arab party to create a government that turned out to be surprisingly industrious.

It passed a budget and racked up achievements on the economy, pandemic-management, foreign policy and a long list of reforms. Though I don’t agree with many of the government’s policies, it’s tempting to conclude that the spirit of cooperation and respect, in contrast to the warpath politics of former Prime Minister Benjamin Netanyahu, bore fruit.

But all the bromance and strange bedfellows in the world couldn’t stop Israel’s most ruinous policy from tearing the Benett-Lapid  coalition —  and the country — apart.

From its earliest days, the coalition leaders insisted that they tried to avoid “controversies” in favor of common aims. Everybody knew they hoped to put the Israeli-Palestinian conflict in a holding pattern.

Instead, the coalition lulled domestic and foreign audiences with sweet talk about finding a middle path that avoided either Israeli annexation of the occupied West Bank or a freeze of settlement-building there. They have apparently convinced President Joe Biden, who is due to visit Israel in July, that Palestinian economic development is a genuine substitute for political progress toward an end to occupation and little else is needed.

In truth, this government expanded Palestinian home demolitions in Jerusalem; announced thousands of new settlement units; and prepared to carry out evictions of Palestinians in Masafer Yatta to make way for a military firing zone. A smattering of extra permits for laborers from Gaza changed nothing in the overall policy. And there was no horizon for political progress.

By the time the clashes of al-Aqsa arrived, followed closely by the killing of the Palestinian-American journalist Shireen Abu Akleh and a police assault on mourners at her funeral, the left-wing and Arab lawmakers in the oddball coalition had nothing left to give. Nitzan Horowitz, leader of the far-left Meretz party and a stalwart defender of the government, said just minutes before Bennett and Lapid’s official announcement that they will be dissolving the government next week, that Meretz had made the most painful compromises throughout the year.

Nevertheless, the opposition ruthlessly – and successfully – attacked the coalition for being weak, left-wing, and supporters of terrorism. Netanyahu is a master strategist and he took aim at the deepest and most visceral point of disagreement in the coalition: the continuous Israeli expansion of control over Palestinians.

Given the Palestinian conflict and the occupation of the West Bank control Israeli politics, there is no avoiding these “controversies,” no matter what Bennett and Lapid and the others vowed.

In every single public opinion survey I have conducted over the last 23 years, the self-defined right, left and center break first of all over the Israeli-Palestinian conflict. And this coalition was doomed, too, by the conflict; three of its four lethal coalition crises – Ra’am, the Arab party, suspending its participation in the coalition; the first defection of the Meretz lawmaker Rinawie Zoabi; and the defeat of a law to continue superior legal status for Jewish settlers in the West Bank over Palestinians – were all about the occupation and its accompanying violence.

But Gideon Saar, the right-wing justice minister, was wrong Monday to blame “certain coalition members” for “irresponsible” behavior, presumably referring to Meretz and Raam members who refused to support the separate legal systems in the West Bank. This government fell into a trap laid not by Netanyahu but by most other governments before it: acting as if the occupation and conflict could both continue forever and that Israel could nonetheless have a normal political life.

The conflict rips even a goodwill coalition apart. It empowers the neo-Kahanist Religious Zionist party, which could nearly double its vote share based on current polling.

To be sure, no government could have resolved over a century of conflict in one year. The Palestinian leadership is in total disarray and its legitimacy has collapsed. If the government had made any bold steps towards a peace agreement, the right-wing backlash in Israel would have been vicious.

As Israelis obsess about their political future and yet another election before its time, they could well lose sight of another story that surfaced on Monday. That story is about  Itzik Saidyan, a strapping veteran of the 2014 Gaza war who set himself on fire 14 months ago due to post-traumatic stress, and the sense that the state rehabilitation services were insufficiently responsive to his difficulties.

Doctors at first gave Saidyan next to no chance at survival. Yet on Monday he stood on his feet, braced by helpers, and insisted he would continue to fight for other soldiers whose lives have been wrecked by war.

The next Israeli government may not care about Palestinian victims. Its leaders may even be able to overlook the impact the occupation has on Israeli soldiers. But they must consider that the festering violence will eventually come for their political skins as well.

Dahlia Scheindlin is a political analyst and pollster based in Tel Aviv. Follow her on Twitter @dahliasc or email dahlia60@gmail.com.

The post Another Israeli government falls after mismanaging the Palestinian conflict appeared first on The Forward.