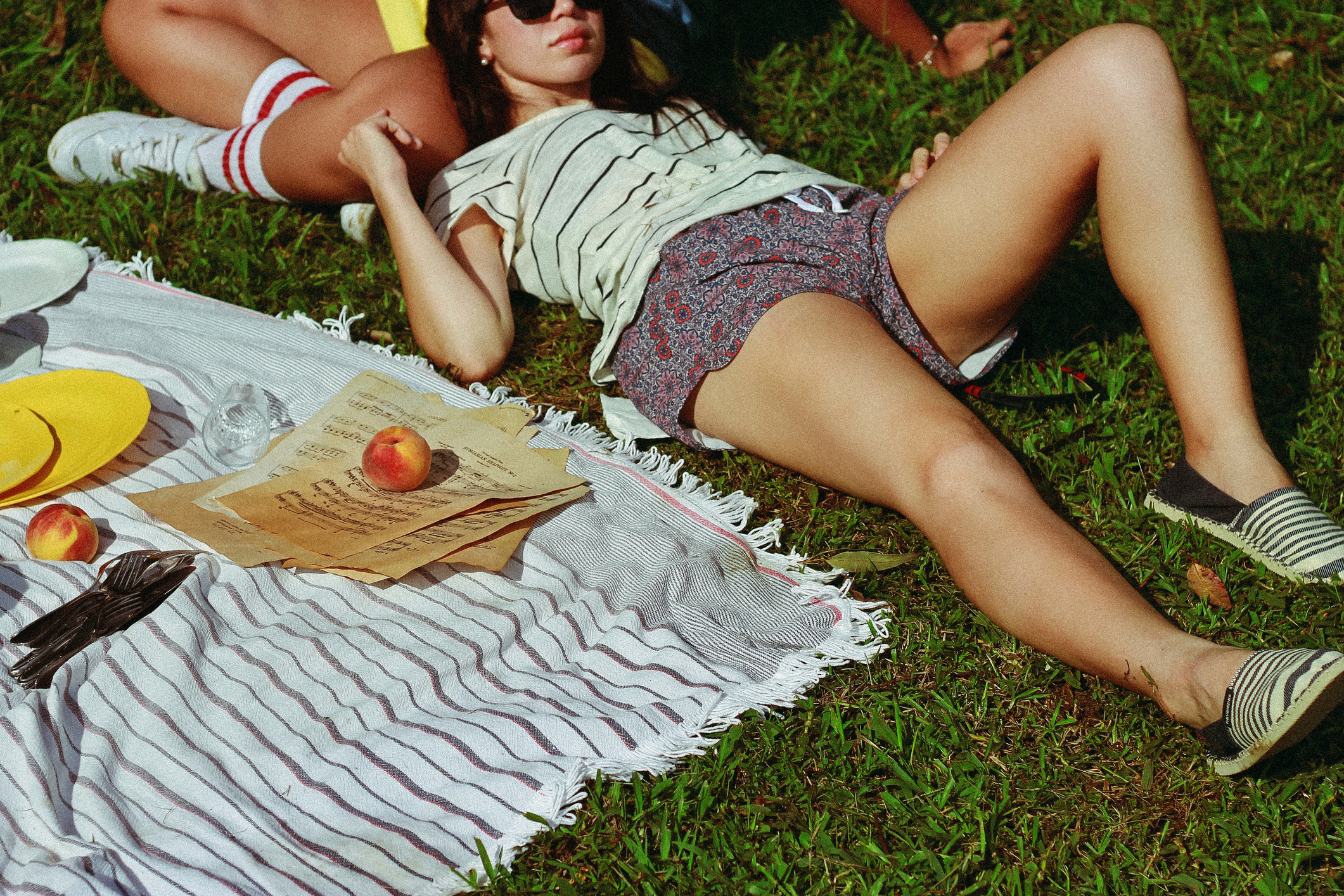 Antiwork Feminism Asks Women to Imagine a Life Without Work

“I have the best advice for women in business. Get your fucking ass up and work,” declared billionaire Kim Kardashian in a Variety interview promoting her family’s new show, The Kardashians. “It seems like nobody wants to work these days.”

Just two months after Love Island alum Molly-Mae Hague was criticised for saying that we "all have the same 24 hours in a day" on the Diary of a CEO podcast, Kim’s similarly tone-deaf comments inspired a wave of online discourse about work and privilege. “Would love to invite Kim K and Molly-Mae to do a 12 and a half hour shift in the NHS with me so they can tell me if the reason I’m not a millionaire yet is because I’m not working hard enough?” one user tweeted.

As countless others agreed, there appeared to be a general consensus: Entrepreneurship and "working hard" in a capitalist society just isn’t an equal opportunity venture. But this idea has long-existed before Kim and Molly-Mae’s remarks. In fact, it’s central to the utopian vision of antiwork feminism.

Antiwork is a premise fundamentally rooted in intersectional feminist politics, and as one Reddit user notes, "has nothing to do with laziness". Anti-work is not against all work per se, but is critical of work as it currently exists under capitalism. Concerned with abolishing work as a form of exploitation, anti-work is the foundational premise behind labour movements, unions, and workers’ rights efforts.

While the precise origins and philosophy behind anti-work are disputed, one inspiration is anarchist philosopher Bob Black’s 1985 essay “The Abolition of Work”.  “Many workers are fed up with work”, writes Black. “In order to stop suffering, we have to stop working. That doesn’t mean we have to stop doing things,” he continues, but “it does mean creating a new way of life based on play; in other words, a ludic conviviality, commensality, and maybe even art”.

The term came to prominence with the now-infamous antiwork subreddit, which currently boasts a 1.8 million strong community of fellow fed-up employees dreaming of a better working future. The forum features various discussions on gender inequality in the workplace, with one recent post concerning a woman who was denied a raise because her male co-workers “needed it more”.

The anti-work movement’s synonymy with feminist activism was cemented by the publication of of Kathi Weeks’ The Problem with Work: Feminism, Marxism, Antiwork Politics, and Postwork Imaginaries in 2011. “Freedom thus depends on collective action rather than individual will, and this is what makes it political,” she suggests. “As a world-building practice, freedom is a social – and hence necessarily political – endeavour.” Just as Weeks drew upon the radical vision of the 1970s Wages for Housework movement, her writings have gone on to inspire the next generation of anti-work activists.

Solidarity Federation, also known as SolFed, is one such group. A collective of local workers and tenants’ unions – and a key figure in the British and Irish labour movement – the anarcho-syndicalist group also follows an anti-hierarchy, intersectional feminist ethos and looks to tackle a wide range of issues both in and out of the workplace. These issues include “defending our natural and local environment and health; opposing racism, sexism and homophobia; in fact, anything which defends or contributes to our mutual quality of life,” their website reads. SolFed states that this is “all part and parcel of building a solidarity movement”.

Direct action is one of the main tools that the group uses to defend and promote “a better quality of life”, including organising in-person pickets, local bulletins and public meetings, and  distributing educational leaflets like "Stuff Your Sexist Boss Doesn’t Want You To Know”.

In February, the Brighton branch campaigned against a local restaurant after three former employees contacted the union following their experience and/or witnessing of various forms of sexual harassment. The dispute is still ongoing, but the case is one of many that highlights the necessity of addressing the gendered dimension of labour within anti-work politics.

For parents, and mothers in particular, working from home during the pandemic presented new challenges. With schools closed indefinitely and the added difficulty of full-time childcare responsibilities, working mothers were tasked with navigating unprecedented circumstances, taking on three times as much child caring responsibilities as men, and doing so with few reasonable accommodations from employers.

Posting on the r/antiwork subreddit, one user even shared a document from their employer which stated that while working from home, pets and children were prohibited from entering the room. Another shared a video showing how to programme your mouse to appear as though you are continuously working as bosses began to use new software to monitor staff productivity as employees began working from home. For countless women, their work environment has become so untenable that unionising, especially for mothers, became a necessity.

It’s only understandable, then, that one of the main critiques of Kim’s interview concerned her financial access to childcare. "I think of the women forced out of the workforce because of the pandemic,” writer Laura Hensley said in response, “laid off or having to make the choice between work or childcare.” Telling working women, many of whom are mothers and continued working during their pregnancies, that “it seems like nobody wants to work these days” only adds insult to injury, especially given that Kim used a surrogate to have two of her four children.

After experiencing a difficult first pregnancy, singer Grimes also used a surrogate to have her second child with Elon Musk in December 2021. Shortly after the two began a tumultuous on-off relationship, Grimes removed the words “anti-imperialist” from her Twitter bio, a decision which fans put down to her affiliation with the “union-busting, Trump-advising Musk”. The clash between Grimes’ pseudo-progressive image – on which much of her music’s legacy is built – and her past relationship with the world’s richest man has only been exacerbated by her use of a surrogate.

Childcare – and surrogacy by extension – is a key issue for anti-work feminists. The sinister aspects of the surrogacy industry, disproportionately reliant on women of colour, is mostly hidden from public perception. Surrogates in Chennai, the world’s “surrogacy hub”, have discussed the grief they experience after giving up the child they’ve carried for nine months. These surrogates earn the equivalent of just over £2,000 for their hard work. Author, academic, and anti-work advocate Sophie Lewis and author of Full Surrogacy Now called the industry “dystopian in many ways” on podcast The Dig. She also contends that all gestation should be considered work and labour in the traditional sense.

So, what hope lies for antiwork feminism of the future?

Citing Weeks and members of the Wages for Housework movement as inspiration, Lewis previously told VICE that she proposes models inspired by the structures of queer kinship and chosen families, who already embody of this new model of “open-source, fully-collaborative gestation”. In practice, this includes abolishing the nuclear family and opting for “larger systems of care that can provide us with the love and support we can’t always get from blood relations”. Childcare would become a communal responsibility, and maternity an organisation through “multiple mothering”, a concept we’ve seen replicated throughout history in figures such as wet nurses and nannies. As Lewis’ utopian vision suggests, the premise of anti-work is not about just surviving. It’s about communal thriving.

In their manifesto, antiwork and interdisciplinary arts collective Bare Minimum proclaim “in doing nothing or, at the very least, as little as is required of us”. As part of their year-long residency at London’s Institute for the Contemporary Arts, ‘THIS WORLD MAKES US SICK’, the collective created a video reading their manifesto aloud over visuals of members taking part in various recreational activities; laughing, foraging, and playing in nature.

It’s this spirit that allows us to dream of a better working future – a vision that antiwork feminists have been arguing for long before Kim Kardashian told women to get their ass up and work. As Black suggests: “If we play our cards right, we can all get more out of life than we put into it; but only if we play for keeps”.