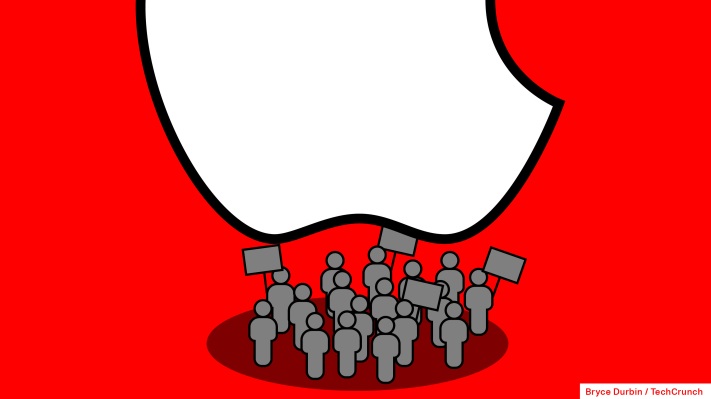 As a handful of Apple retail locations begin the process of unionizing, the trillion-dollar company’s vice president of people and retail Deirdre O’Brien delivered a warning to 58,000 retail staff in a video that was leaked to The Verge.

Since April, Apple stores in New York, Maryland and Atlanta have announced their intent to unionize, and earlier today, the Apple store at Oxmoor Center Mall in Louisville, Kentucky announced its union campaign.

Workers at these Towson, Maryland and Atlanta, Georgia stores have successfully filed to hold union elections. This means that even if Apple won’t voluntarily approve their union, they can still achieve formal recognition by earning more than 50% of votes in an election facilitated by the National Labor Relations Board (NLRB). The Atlanta store at the Cumberland Mall will likely be first to hold a vote, which is expected to begin June 2. When filing for an election, over 70% of the store’s employees were in favor, which means the odds of their formal union seem promising. But not if the ubiquitous corporate behemoth that lives in our pockets can stop it.

Apple, which has been accused of illegal union busting tactics, is working with Littler Mendelson, the same law firm working with Starbucks’ anti-union push. Last week, Motherboard leaked a document of anti-union talking points that has been circulating among managers at some Apple stores. The document argues that a unionizing would limit workers’ opportunities for career advancement, endanger Apple’s culture by bringing in a third party and take away employees’ ability to speak up. O’Brien echoed these points in her video to retail staff, which Motherboard reports is watermarked, likely so that Apple can identify any employee who leaks it.

“I worry that because the union would bring its own legally mandated rules, that would determine how we work through issues,” O’Brien said. “It could make it harder for us to act to swiftly address things that you raise.”

O’Brien also argues that the relationship between Apple and its workers would become worse under the representation of a union, arguing that Apple has a deeper commitment to its workers than a union.

“We have a relationship that’s based on an open and collaborative and direct engagement which I feel could fundamentally change if a store is represented by a union under a collective bargaining agreement,” O’Brien added. “And I worry about what it would mean to put another organization in the middle of our relationship.”

But these sentiments don’t hold up very well — if Apple wanted to make a change in policy, then they would pose the change to the union. Then, the workers who make up the union could choose how to respond. Unions like the Communications Workers of America, which represents the workers at the Cumberland Mall store in Atlanta, don’t make decisions independent of employees. Instead, they help support the workers and advocate for them as they bargain for better working conditions.

Workers at the Atlanta store are seeking more equitable pay. Their union said in a statement that retail workers at Apple have been denied a living wage, cost of living adjustments or equitable stock options.

“Year over year, the cost of living in New York City has not kept pace with our wages,” the FSWU mission statement reads. “Meanwhile, Apple has grown to be the most valuable company in the world. Why should its retail workers live precariously?”

Right now, wages range between $20 and $30 per hour, plus some Apple stock. Apple retail workers also have access to healthcare and tuition reimbursement benefits.

Apple did not respond to a request for comment on this story, but provided this statement to TechCrunch two weeks ago: “We are fortunate to have incredible retail team members and we deeply value everything they bring to Apple. We are pleased to offer very strong compensation and benefits for full time and part time employees, including health care, tuition reimbursement, new parental leave, paid family leave, annual stock grants and many other benefits.”

So far, no Apple retail stores have gained formal union recognition, but in February, the Washington Post reported that at least two stores were backed by major national unions and were prepared to file paperwork with the NLRB, while at least six more stores were in earlier stages of attempting to unionize. Around the same time, Apple doubled paid sick days for both full-time and part-time workers following reports from The Verge about the struggles of frontline Apple workers.

“I love the saying that feedback is a gift. It truly is,” O’Brien concluded her speech. “I want you to know that we are listening and will continue to listen so that we can support you and make your experience at Apple even better.”