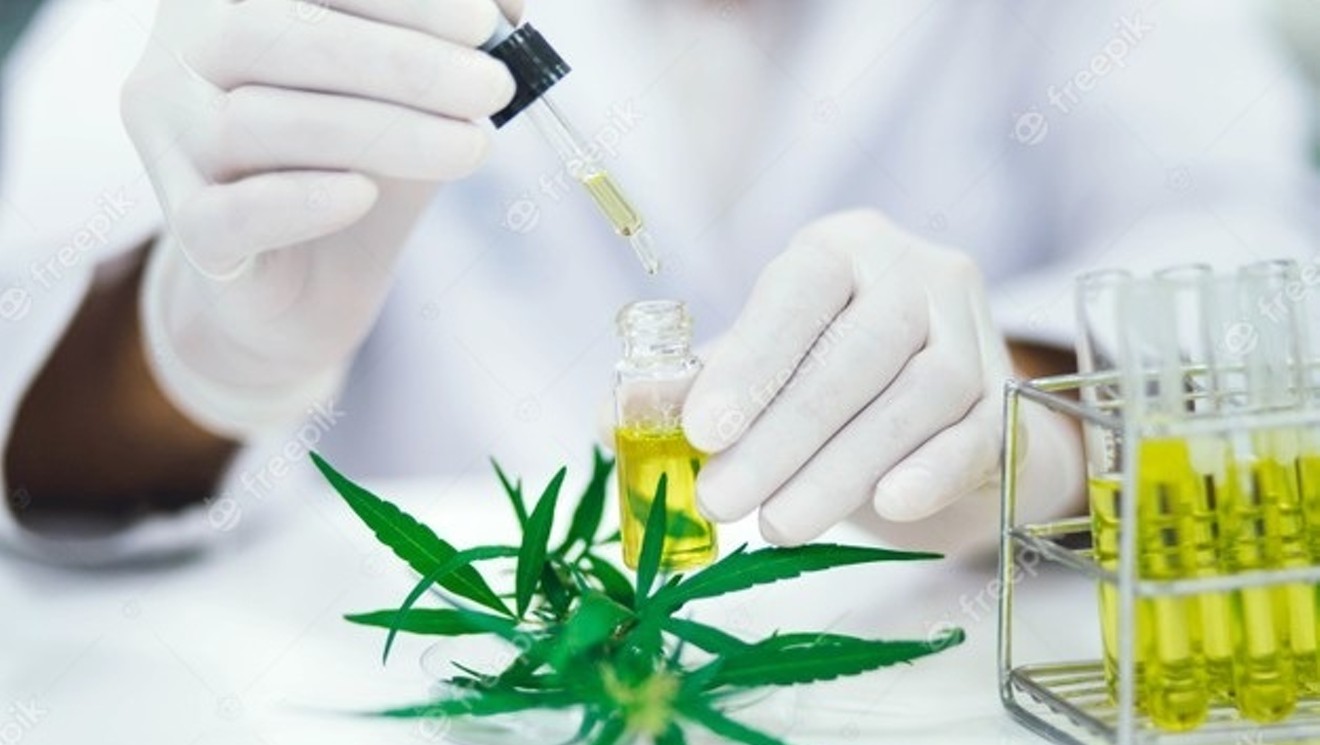 Inhale a sweet whiff of your favorite vape pen or fragrant flower and exhale as the euphoric high overtakes you while pungent smoke snakes its way around the room. Delta 9 THC is the main psychoactive ingredient produced naturally in cannabis, the one that makes you feel nice and stoned after a long day at work.

But another cannabinoid, Delta 8 THC, is making its way into dispensaries, gas stations, and head shops. The ingredient’s chemical formula mimics Delta 9, but with differently arranged molecules. While not as potent as Delta 9, it will get you high, though its legality in Arizona is still in question.

Senate Bill 1715, which passed the Arizona Senate on March 15, seeks to make the manufacturing and sales of the hemp-derived compound a felony. The bill, which is backed by the Arizona Dispensaries Association, would ban “hemp-derived manufactured impairing cannabinoids,” including Delta 8. While some view the banning of hemp-derived Delta 8 as a method to keep consumers safe from an unregulated psychoactive product that children can legally obtain, others see it as a hindrance to competition in the cannabis industry.

“What we’re doing is allowing psychoactive products to be in the hands of children if we allow this synthetic process to move forward,” said Sam Richard, the executive director of the Arizona Dispensaries Association.

Richard said that any consumed or ingested product should undergo testing, and that includes regulated cannabis. Products that come from the Farm Bill are not subject to the same stringent testing requirements as cannabis, he said.

The 2018 federal Farm Bill legalized the commercial production of hemp. It allows Arizona and other states to grow hemp under the local oversight of its state Department of Agriculture. Federal law dictates that hemp can contain up to 0.3 percent Delta 9 THC.

Delta 8, which is made by chemically converting the CBD extracted from hemp plants, is not mentioned in the law. Some entrepreneurs have taken advantage of that gray area, bringing Delta 8 products to market before state authorities could do anything about it. 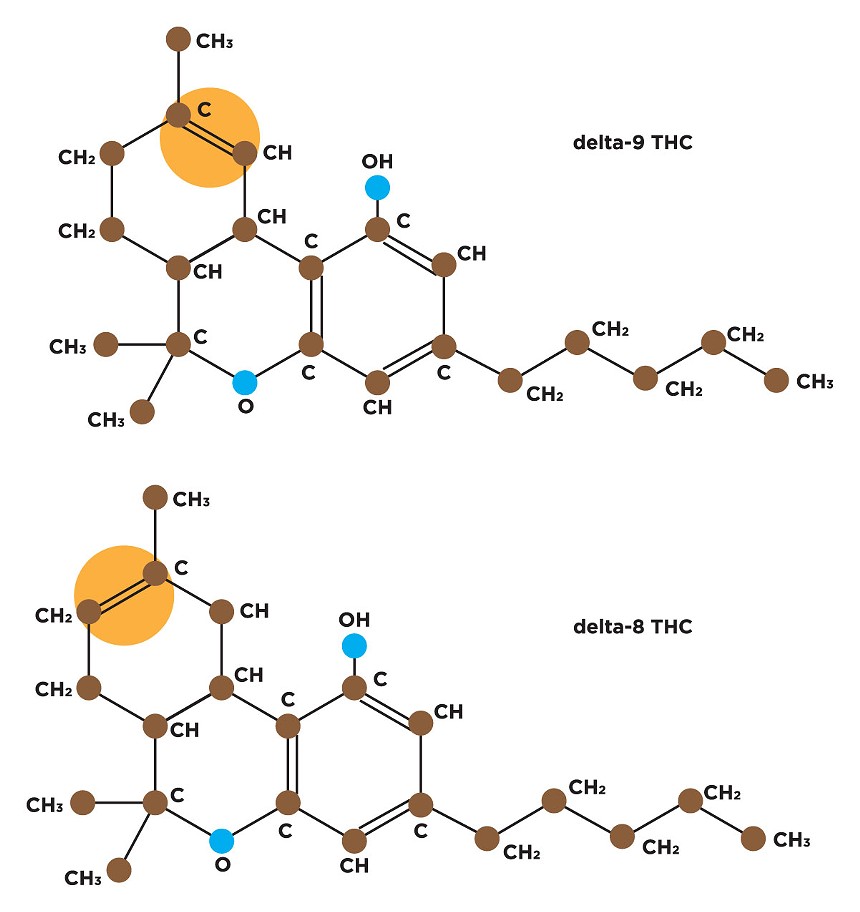 The Delta 8 THC molecule differs from Delta 9 due to the location of one double bond in its chain of carbon atoms (highlighted in orange).

Sam Slosburg, the co-founder of Delta 8 Oils in Camp Verde, is one of those entrepreneurs. The brand sells its tinctures and vape cartridges at dispensaries like Arizona Organix in Glendale and Kind Meds in Mesa.

“As an all-natural, hemp-based product, Delta 8 Oils offer a plentiful alternative to opioids and other side-effect laden pharmaceuticals, as well as to psychoactive substitutes with more bountiful and reliable supplies than its marijuana counterparts,” it states on the company’s website.

Jonathan Udell, the communications director for Arizona NORML, said that businesses like Delta 8 Oils could create a healthy competition with synthetic products in an industry with a high barrier to entry.

“It is important to have these synthetic products on the market, and that’s in part due to just how anti-competitive our marketplace is here in Arizona,” Udell said. He noted there are 169 marijuana dispensary licenses (and 123 dispensaries) in the state, serving a population of 7.3 million. In comparison, Colorado has 655 retail dispensaries with 5.8 million residents.

“We would like to see a disclosure requirement for products containing hemp-derived cannabinoids and dispensaries so consumers know what they’re getting,” Udell said. “And also stopping sales of untested products to the unregulated market, either through just requiring everything to be sold through dispensaries or requiring a similar testing program for other locations.”

Arizona is not the only state grappling with whether to ban Delta 8 THC. The legality of the synthetic product is unclear in California and Mississippi, and it’s illegal in 14 states including Colorado, Nevada and New York, according to CBD Thinker.

While SB 1715 awaits assignment to a House committee, Arizona remains in limbo on Delta 8. The unregulated hemp-derived compound may offer a more mellow high than traditional marijuana and a way for those under 21 to get their hands on it, but it’s still in a legal gray area.