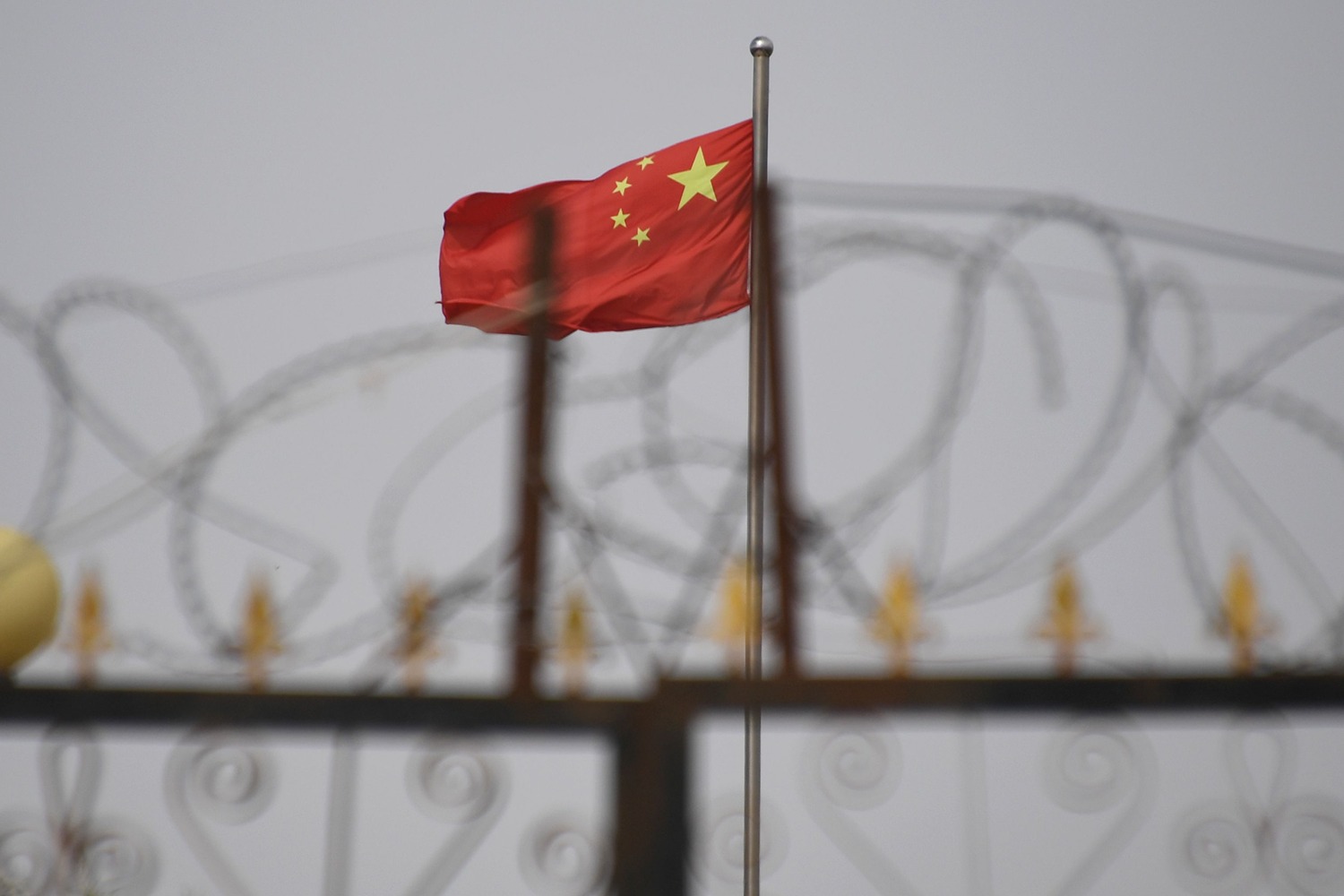 New findings add to mounting evidence of China’s brutal crackdown on the Uyghurs.

An extensive data leak from Chinese police computer networks has shed new light on Beijing’s mass detention centers in Xinjiang—and the Uyghurs who have been trapped in them.

The hacked data, known as the “Xinjiang police files,” includes more than 5,000 images of Uyghurs, police spreadsheets, and confidential documents from two counties in Xinjiang. It adds to a trove of evidence on Beijing’s brutal, years-long crackdown on Uyghurs and other ethnic minorities.

The thousands of mugshot-like photographs, in particular, offer a chilling glimpse into who the detainees are, and the conditions that they face in the centers. Of the 5,000 images obtained, corresponding data confirms that more than 2,800 of the people were detained, according to researchers.

In some instances, the detainees are photographed while an armed guard holding a baton stands by their side. Others appear to be distressed, even tearful.

As the files reveal, minors are not spared from detention. Of the Uyghur detainees documented in the leak, fifteen were minors, with the youngest person just 15 years old when she was detained. The elderly aren’t spared, either: the oldest person photographed was 73 years old.

“In terms of visual evidence that evokes sympathy and an emotional response, this collection of documents stands apart from what we’ve seen so far,” said Tim Grose, a professor at the Rose-Hulman Institute of Technology. “These are really kind of arresting images … We’ve had nothing like that before.”

Internal police documents reflect a brutal system, with an official “shoot-to-kill” policy in place when Uyghurs attempt to leave. Under protocol, the documents say, all detainees must also be handcuffed and blindfolded while moved between buildings.

These files, which date back to 2018, were verified and published by a group of media outlets and the Victims of Communism Memorial Foundation. They build on years of survivor testimony, reporting, and satellite imagery that experts have used to help uncover the scale and scope of Beijing’s crackdown. One Uyghur county has the highest imprisonment rate in the world, according to the Associated Press, and reports have emerged of forced sterilization and labor. In 2018, the United Nations said it had credible information that as many as 1 million Uyghurs could be detained in the camps.

Elsewhere, the findings have sparked global outcry. Germany announced that it would adjust its foreign policy toward China, while the U.K. Foreign Secretary Liz Truss reiterated her “commitment” to holding Beijing accountable.

“We are appalled by the reports and the jarring images” said State Department spokesperson Ned Price. “This new reporting further adds to an already damning body of evidence of the PRC’s atrocities in Xinjiang.”

“To lose a child is like having a piece of your soul ripped away,” U.S. President Joe Biden said Monday night. “As a nation, we have to ask: When in God’s name are we going to stand up to the gun lobby?  When in God’s name will we do what we all know in our gut needs to be done?”

North Korea missile tests. Hours after Biden concluded his Asia tour, North Korea launched three ballistic missiles off of its eastern coast, the South Korean military reported. One of the tests may have involved an intercontinental ballistic missile.

“Russia is now hoarding its own food exports as a form of blackmail, holding back supplies to increase global prices, or trading wheat in exchange for political support,” said Ursula von der Leyen, the president of the European Commission.

Afghanistan’s airport deal. A United Arab Emirates-based company will soon run Afghanistan’s airports in Kabul, Herat, and Kandahar, under a new agreement signed Tuesday. With this deal, “The international airlines which have been away from this country in the last few months will come back to us,” said Razack Aslam Mohammed Abdur Razack of the company, GAAC Solutions.

Nigerian commuters were baffled and amused on Tuesday when a passenger jet was seen crawling along a major highway in Lagos amid heavy traffic. Social media footage of the airplane being towed as pedestrians passed by immediately led to rumors that it had crashed. Others found it oddly beautiful. “At first I thought it was an art work,” commented one commuter who took a video of the incident.

Lagos airport authorities eventually stepped in to assure the city’s residents that there had been no crash landing. “The aircraft was sold by the owner to a buyer, who was talking it to its final destination. Thank you,” the statement said.