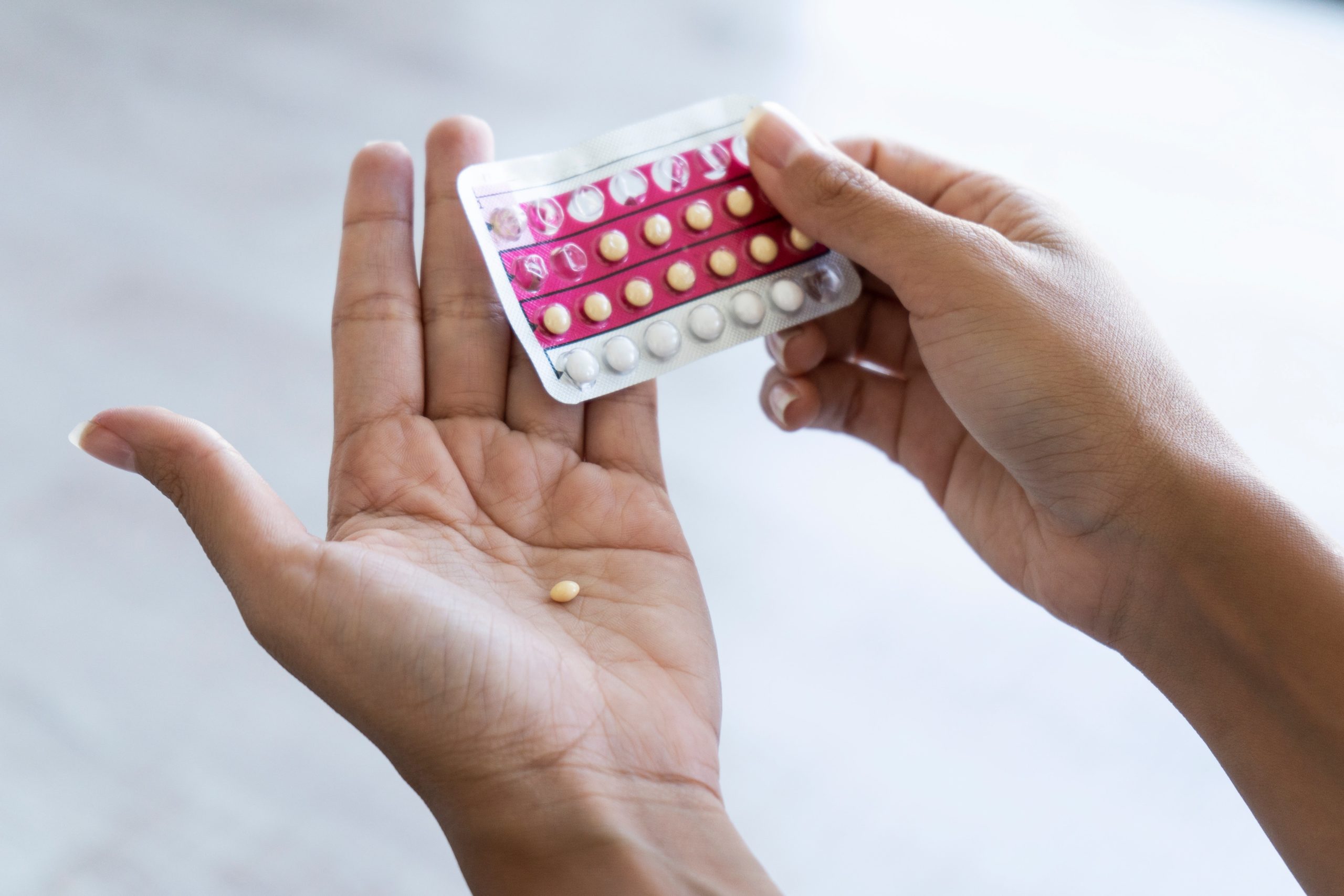 Birth Control Pills Are Safe and Simple: Why Do They Require a Prescription?

As the U.S. Supreme Court prepares to announce a decision that could severely restrict abortion rights in the country, access to contraception has taken on renewed importance. Birth control pills and other hormonal contraceptives—including patches, injections and vaginal rings—have been fully covered by almost all health insurance plans since the Affordable Care Act designated them as preventive health care. But an important barrier persists: the fact that one needs a prescription to obtain them.

“There are women who have a long wait to get into a physician’s office,” says Maura Quinlan, an associate professor of obstetrics and gynecology at Northwestern University who recently served as the legislative chair for the Illinois Section of the American College of Obstetricians and Gynecologists (ACOG). She says that new patients wait up to six months to get an appointment in her practice in Chicago. “The main barrier is just time and access to the provider to write the prescription,” Quinlan says. “And we really believe that extra step is not necessary. Going to a pharmacy is much easier, more convenient and just as safe.”

Experts in reproductive health argue that the requirement for a prescription has more to do with politics than with evidence-based medicine.

According to the U.S. Food and Drug Administration, in order for a medication to be sold over the counter, it must treat a condition that the user can self-diagnose. The drug must be safe, and the person must be able to use it effectively without the help of a health care provider.

Hormonal contraceptives meet these requirements. First, the need to prevent pregnancy is clearly self-identifiable. “It’s very easy for someone to understand that they could potentially get pregnant and that they don’t want to be,” says physician Krishna Upadhya, an adolescent medicine expert and vice president of quality care and health equity at Planned Parenthood Federation of America. “Most people who use contraception can figure that out on their own.”

The main concerns about contraceptives’ safety are events related to venous thromboembolisms—blood clots that form in the veins and can lead to potentially serious or fatal complications.

There are two types of hormonal contraceptives: one that contains progestin (a synthetic form of the hormone progesterone) only and another that combines progestin and estrogen. And they have distinct risk profiles. Most progestin-only contraceptives are not associated with an increased risk of blood clots, according to a 2016 systematic review by researchers at the U.S. Centers for Disease Control and Prevention’s Division of Reproductive Health and the Duke University School of Medicine.

Combined oral contraceptives, on the other hand, do slightly increase the risk of blood clots. In a given year, three to nine out of 10,000 women who use the combined pills will develop a blood clot, according to the FDA. Among nonusers who are not pregnant, the risk ranges from one to five out of 10,000 people per year. But these are still rare events, experts point out, especially when compared with the risk of pregnancy itself. Among pregnant people, five to 20 out of 10,000 per year will develop a blood clot. The risk jumps to 40 to 65 out of 10,000 per year in the first three months after a person gives birth. During pregnancy, blood clots more easily to help prepare the body for potential blood loss during childbirth. This natural change persists for at least 12 weeks after delivery, research shows, and may be aggravated by a person’s reduced mobility after giving birth.

“There [are] a lot of medications available over the counter that are much higher risk than birth control pills,” says Sally Rafie, a pharmacist at the University of California, San Diego, Health. Common painkillers such as aspirin and ibuprofen may have serious side effects, including gastrointestinal bleeding, and acetaminophen has been associated with acute liver failure.

Evidence also supports people’s ability to use hormonal contraceptives safely and effectively without the assistance of a doctor, another requirement for over-the-counter medications.

Prior to prescribing birth control pills, health care providers will check if a person has any contraindications that may increase their risk of side effects. They will ask, for example, if the person smokes, has heart disease or might be pregnant or was recently pregnant. Research shows that people are capable of self-screening. A study by researchers in England that was published in 2008 in the Journal of Family Planning and Reproductive Health Care, for example, found that a group of women requesting oral contraception who self-completed a questionnaire could evaluate their eligibility just as well as their health care providers (and were even more likely to report risk factors).

During a consultation, the clinician will also explain how to use the contraceptive, which is a pretty straightforward instruction. “I think it’s actually a bit insulting to women to say that they need this sort of paternalistic figure to explain to them that they need to take one pill every day at the same time,” says Anna Glasier, an honorary professor at the University of Edinburgh’s department of obstetrics and gynecology and an expert in reproductive health and contraception.

Evidence suggests that access to over-the-counter birth control pills may actually make people more likely to adhere to taking them. A study that recruited oral contraceptive users living in El Paso, Tex., compared a group of people who obtained their pills at a U.S. clinic with a group of individuals who bought their pills over the counter at a pharmacy in Mexico.

“We found that people who were getting pills in the clinics had a significantly higher likelihood of discontinuing the pill,” says study co-author Daniel Grossman, a professor at the University of California, San Francisco’s department of obstetrics, gynecology and reproductive sciences. “From the interviews we did with people obtaining the pills in Mexico, they said it was just easier for them, even though it meant crossing an international border.”

Based on this body of evidence, medical associations such as ACOG have been supporting over-the-counter access to hormonal contraceptives for several years. A switch to over-the-counter status is also supported by the American College of Clinical Pharmacy, a professional association of pharmacists.

If birth control pills check all the requirements, why are they still not available over the counter? A potential reason is that most medicines that can be obtained without a prescription in countries such as the U.S. and the U.K. are for short-term conditions. “There’s a leap to go from aspirin for headache to an oral contraceptive pill, which you expect women to take for a large chunk of their reproductive lives,” Glasier says. “And that’s a leap regulatory authorities have found difficult.”

In order for prescription drugs to make that switch, pharmaceutical companies must submit additional information to the original FDA drug application and do studies to prove that individuals can not only understand the risks of using the particular product, but also understand how to use it effectively, an FDA spokesperson said in an email. The spokesperson added that the agency works with manufacturers to help facilitate a switch from prescription to nonprescription status. “However, any switch requires sufficient information to support the safe and effective use of the product without advice from a health professional,” the spokesperson said.

Pharmaceutical companies have only started that process for birth control pills very recently (at least two companies are pursuing that switch at the moment). The FDA spokesperson said that the agency generally cannot disclose whether or not a company has submitted an application, but added: “However, once a company submits a complete prescription to nonprescription switch application, the FDA’s goal for making a decision on that application is generally 10 months.”

This can be a long and complicated process. Switching the emergency contraceptive Plan B, also known as the “morning-after pill,” to over-the-counter status took several years. “I think that experience made pharmaceutical companies very wary of doing this, because they saw that even if you have good data showing that your product is appropriate for over-the-counter sale, it could still be blocked politically,” Grossman says.

Contraceptives are also not very profitable medicines, so there is little incentive to push for making them available over the counter.

“Over and above everything else is the fact that contraception is tied up with sex and morality,” Glasier says. This helps explain the strong lobby against both contraception and abortion.

“In the United States, we are facing a real crisis in terms of access to abortion and also access to other sexual and reproductive health care,” Upadhya says “So it’s very important that we do everything that we can to expand access to safe methods of contraception.”