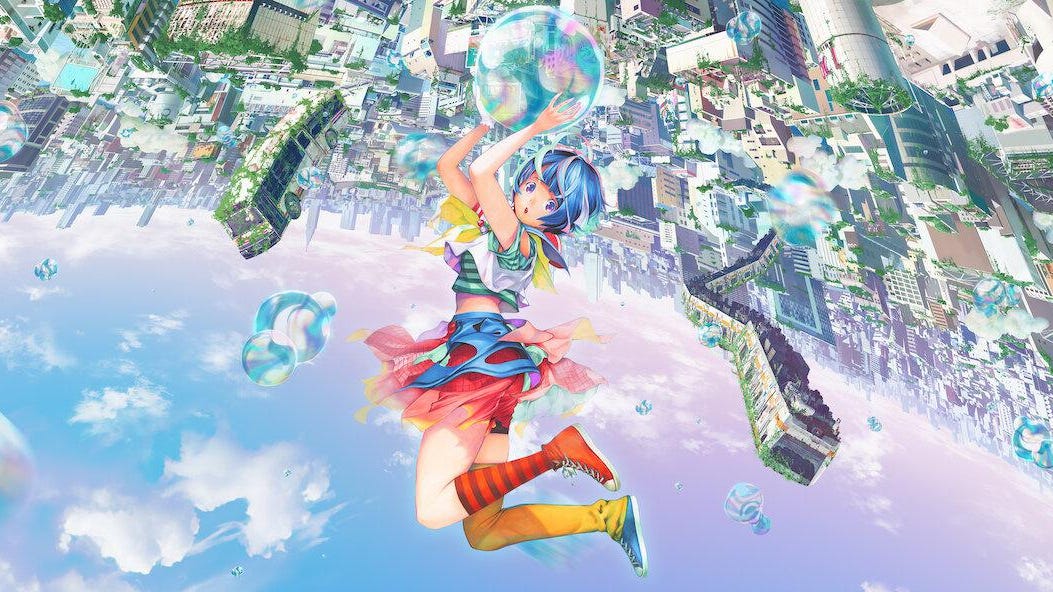 Tetsurō Araki, a notable Japanese animator and director, is known for his dark-edge anime projects like Attack on Titan and Death Note. It’s interesting, then, to see Araki take a decidedly lighter approach to directing with his latest film, Bubble. The Netflix

NFLX
production premiered on the streaming website on April 28, 2022, and the film’s loving tone will immediately strike anyone who’s a fan of Araki’s usual macabre aesthetic. While Bubble does take place in a sort of post-apocalyptic realm, the story prominently focuses on the love between two people. And much like Araki’s other projects, that central component of the film expands to larger, existential elements viewers can relate to.

If you’d like a full breakdown on the film’s confusing elements and the story it tells, be sure to check out my detailed explanation. But for the sake of cutting to the chase, the premise of the movie’s elaborate, nuanced world is quite simple. Years ago, mysterious bubbles fell onto Earth from outer space. And while the rest of the world escaped unfazed, Tokyo was decimated and left for ruin. The city was closed off from the general public, and Tokyo soon became home to rebellious young people who lost their families in the disaster. Now these youth spend their days competing in a parkour-like game of capture the flag.

Our main character, Hibiki, is in the midst of an existential dilemma. Thanks to a hearing disorder, he’s always felt on the outside of society. And because the Bubble-Fall Phenomenon, he is physically forced to be on the outside of normal life. As part of his search to find inner peace, he constantly tries to find the source of a ghostly song that emanates from the center of the original blast that destroyed Tokyo. And during that search, he comes across an alien girl named Uta—his love interest for the film.

The rest of the movie follows the development of their relationship as Hibiki tries to discover himself spiritually and make sense of this new, lonely world. While their love is romantic, Bubble isn’t exactly a romantic story. The film closely follows the storyline of The Little Mermaid—and no, not the Disney Little Mermaid. The original Danish fairy tale was written by Hans Christian Andersen in 1837, which carries a distinctly grimmer tone than the Disney version of events.

In the original story, the takeaway is less about fairy tale love and more about selflessness and spirituality. All sorts of existential questions are posed: What do you represent to this world? Do you put others before yourself? Can you truly love someone else if you don’t love yourself? These are questions that the Little Mermaid is forced to confront.

But interestingly, Bubble flips the story on its head and positions the dilemma around Hibiki—the prince in the original fairy tale. Hibiki is the one who must learn from Uta, who is experiencing her own crisis in this foreign world. As he becomes more and more open to Uta’s strange behaviors and caring for her, we see him opening up to the world as well. He becomes more of a team player. He starts to ask people questions. And most importantly: he starts to care for himself a little more.

Surrounding that incredibly relatable tale of finding your purpose is an interesting world full of fun, colorful characters. For a film with such a small, specific love story, Bubble feels much larger and impactful in terms of its scope and social commentary. Tokyo becomes overrun by orphans who were left behind by society. They feel attracted to a city that the rest of the world no longer recognizes and has abandoned. They find solace in their unity, in their rebellion. Together, they’re all finding their true identities.

This plays into a central theme of the film: rebirth. This theme is constantly conveyed by Araki pitting macro elements against micro elements. The bubbles came from outer space—a celestial force beyond our control. Once scientists can make sense of the Bubble-Fall Phenomenon, the government can move in to rebuild the city—a social force trying to regain control. And the kids of the now-abandoned Tokyo must learn to begin again, to find themselves in this changing world—an individual force trying to find amongst the chaos.

Bubble creates a sci-fi world that uses fantastical elements to convey a simple, universal struggle we all face. As the world changes, everything feels so much bigger than ourselves. But we are a very important piece in this grand, ever-changing puzzle. And our individual plights to find mental solace are part of a much larger, universe-spanning arc. Bubble gives power to the individual, to anyone who feels left behind by society. When the world isn’t on your side, you are your best friend. You can’t help others until you learn to love yourself.