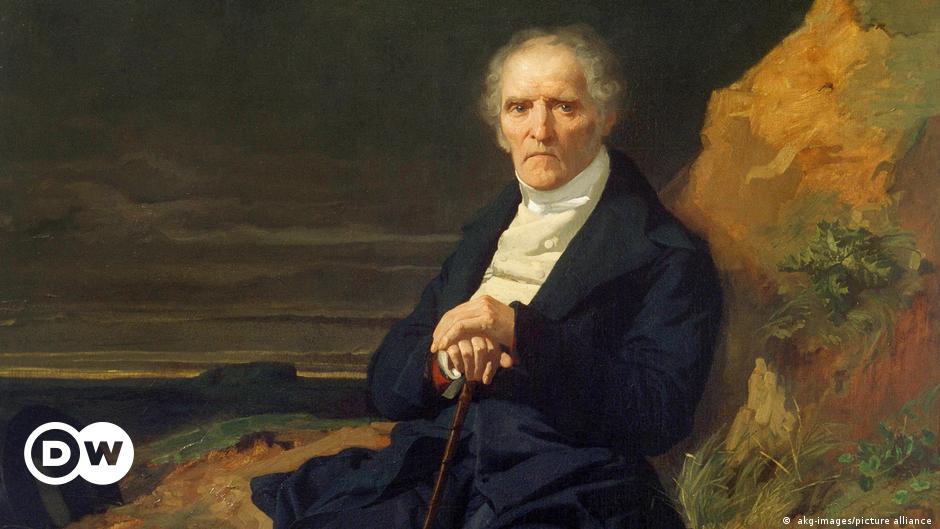 Charles Fourier: The man who coined the term ‘feminism’

One would not be far wrong to say that Francois Marie Charles Fourier was quite the radical for his time.

Born 250 years ago, on April 7, 1772, in Besancon, France, Charles Fourier was the son of a businessman who didn’t want to follow in his father’s footsteps but instead wanted to become an engineer. However, this field of education back then was open only to the sons of France’s noblemen.

Later when he became a philosopher and utopian socialist, he was said to have expressed relief for having opted not to pursue engineering as it would have consumed too much of his time and distracted him from his true calling: to help humanity.

Among the causes he furthered was the equal treatment of women, and Fourier is credited with having given the cause its name —”feminisme” — in 1837.

Fourier perceived the institution of marriage in France back then as oppressive towards women. He also argued that women should be given equal access to important work based on skill and aptitude rather than on account of gender.

“Social progress and changes of historical period take place in proportion to the advance of women toward liberty, and social decline occurs as a result of the diminution of the liberty of women,” he said.
“Feminism” and its offshoot, “feminist,” would in turn spur various global feminist actions through the 19th, 20th and 21st centuries, which historians often refer to as “waves of feminism.” 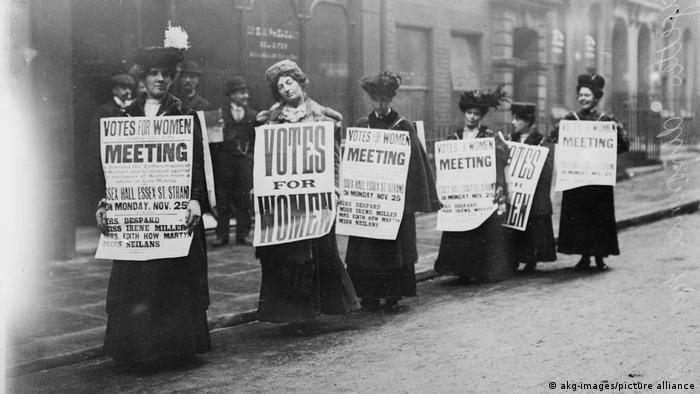 The first involved the women’s suffrage movements of the 19th and early-20th centuries, advocating women’s right to vote, while the second wave that began in the 1960s, dealt with the women’s liberation movement, which rallied for legal and social equality for women.

The third wave took place in or around 1992 and focused more on individuality and diversity.

And the fourth wave is said to have begun around 2012, with social media being used to highlight and fight sexual harassment, violence against women and rape culture, leading up to the viral Me Too movement.

While inroads have been made, much remains to be done on feminist issues such as reproductive health choices, equality in education and employment, gender pay gaps, sexual harassment, violence against women, and rape culture. 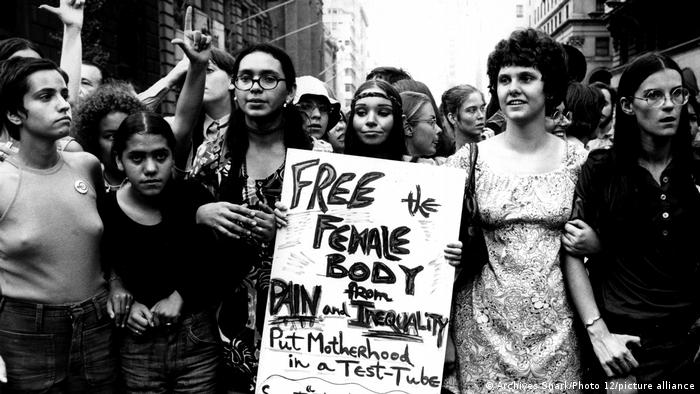 The terms “feminism” and “feminist” have been both embraced and shunned — the latter by even some women themselves — for the varied and sometimes negative implications that they have carried over time.

Undoubtedly the length and breadth of “feminism” will keep evolving over time. For example, present-day activists are advocating for a broad-based feminism that doesn’t just address the concerns of  white women.

Searching for a definition

For a term that was first coined in 1837, “feminism” was surprisingly chosen as Merriam-Webster’s Word of the Year for 2017.

Defined as “the theory of the political, economic, and social equality of the sexes,” it was the top searched word that year, seeing a 70% increase from 2016. 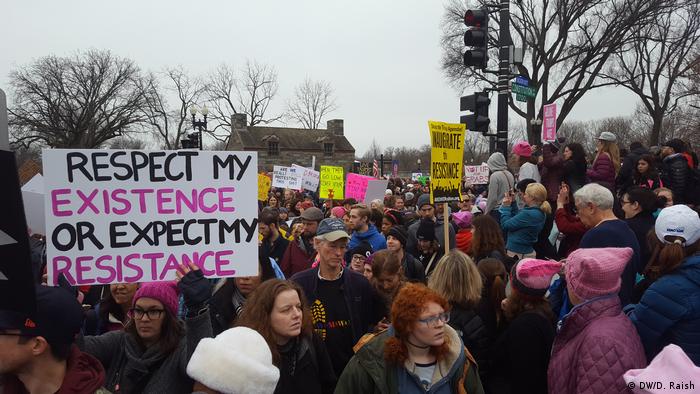 Women’s March against the Trump presidency in Washington DC

This came on the heels of the global Women’s March and revelations about producer Harvey Weinstein‘s alleged sexual harassment of women in Hollywood.

The Women’s March meanwhile were demonstrations that were held worldwide on January 21, 2017, supporting gender equality, civil rights, and other issues that were expected to face challenges under then newly inaugurated US President Donald Trump.

Feminist theorists themselves have long debated the scope of the word’s definition.

One of the pithier definitions comes from American writer and feminist activist Marie Shear, who wrote in 1986 that ”Feminism is the radical notion that women are people.”

Who is a feminist?

According to award-winning Nigerian author Chimamanda Ngozi Adichie, “We Should All Be Feminists”: This was the title of her now classic TED Talk of 2012 that spurred a global conversation about feminism.

The talk was adapted into an bestselling essay. Sweden gave every 16-year-old in the country a copy of the book to read in 2015.

Adichie’s famous line also made its mark on music and fashion.

Singer Beyonce sampled her speech in her 2013 single “Flawless,” unleashing further debate on the term. Designer Maria Grazia Chiuri debuted her collection for Christian Dior’s 2017 spring line that featured a T-shirt emblazoned with this statement.

Although it might meanwhile seem like a commonplace to hear women say they are feminists, even former German Chancellor Angela Merkel long avoided using the title to describe herself.

At the Women20 Summit in Berlin in 2017, Merkel, seated alongside then-IMF chief Christine Lagarde and Ivanka Trump, was asked if she was a feminist. The response of the then world’s most powerful woman was awkward: “To be honest, the history of feminism is one with which I have common ground but also differences, and I don’t want to embellish myself with a title I don’t have.”

Later, at one of the final events of her chancellorship in Germany in 2021, at talk with Adichie, Merkel was asked the question again.

The Nigerian author whooped with delight when the German chancellor quoted her line: Referring to her previous reticence to come out as a feminist, Merkel said, “I was a bit shyer when I said it. But it’s more thought-out now. And in that sense, I can say that we should all be feminists.”

Britain’s Reckoning With Its Imperial Legacy Is Long Overdue