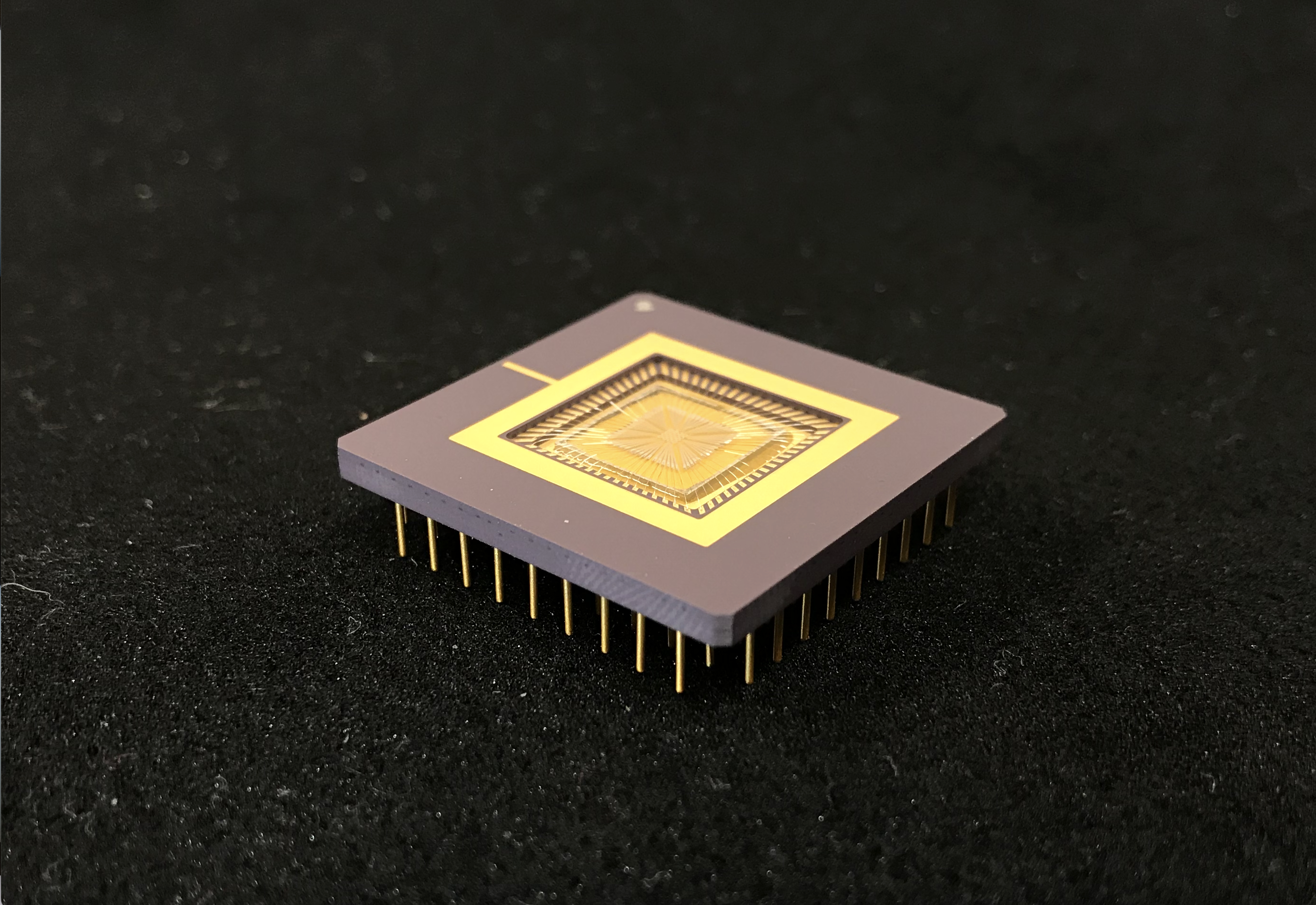 Cilia Are Minuscule Wonders, and Scientists Are Finally Figuring Out How to Mimic Them

One tiny flick of a microscopic cellular hair, known as a cilium, can’t do much on its own. But together, these structures routinely pull off biological marvels within the body. Cilia remove inhaled pathogens from the respiratory tract, carry cerebrospinal fluid across brain cavities, transport eggs from the ovary to the uterus, and drain mucus from the middle ear to the nasal cavity. These tiny, extracellular organelles exert precise microfluidic control over life-sustaining liquids in the body. To better understand how these crucial wonders of nature work, scientists have been trying for years to mimic them.

Now researchers have come close to doing so, creating a chip covered with artificial cilia that can precisely control the minuscule flow patterns of fluids. The developers hope this technology will become the basis of new portable diagnostic devices. Currently, many diagnostic lab tests are time-consuming, resource-intensive and demand close human support. A cilia-covered chip, the researchers say, could enable field testing that would be easier, cheaper and more efficient than lab-based tests—as well as using much smaller samples of blood, urine or other testing material.

Humans have achieved spectacular large-scale engineering feats, but “we are still kind of stuck when it comes to engineering miniaturized machines,” says Itai Cohen, a Cornell University physicist and senior author of a new Nature study describing his team’s cilia chip. Researchers had previously tried to make artificial cilia that worked by means of pressure, light, electricity and even magnets. But a major hurdle remained: designing extremely tiny actuators—the motion-triggering parts of a machine—that can be controlled individually or in small clusters rather than all at once.

The Cornell researchers vaulted that hurdle by taking inspiration from some things they learned in their earlier work. In August 2020 Guinness World Records recognized Cohen and his team for designing the world’s smallest walking robot, a machine that was just a fraction of a millimeter wide and could walk on four bendable legs. Much like those legs, the new artificial cilia are made of bendable, nanometer-thin film that can respond to electrical control. Each cilium is one-twentieth of a millimeter long (less than half the length of a dust mite) and 10 nanometers thick—slimmer than the smallest cell organelle—with a strip of platinum on one side and a coating of titanium film on the other.

The key to electrically controlling these artificial cilia comes from their metal makeup. Running a low positive voltage through a cilium triggers a chemical reaction: as a droplet of test fluid flows past, the electrified platinum breaks apart the water molecules within the droplet. This frees up oxygen atoms, which are absorbed into the platinum’s surface. The added oxygen stretches the strip, making it bend in one direction. Once the voltage is reversed, the oxygen is driven out of the platinum—and the cilium returns to its original shape. “So by oscillating the voltage back and forth, you can bend and unbend the strip, which will generate waves to drive the movement,” Cohen says. Meanwhile the electrically inert titanium film stabilizes the structure.

Next, the researchers had to figure out how to pattern a surface with thousands of their artificial cilia. By simply bending and unbending one after the other, these fine strips can drive a microscopic amount of fluid in a set direction. But to direct a droplet to flow in a more complex pattern, the researchers had to divide their chip’s surface into “ciliary units” of a few dozen cilia each—with each unit individually controllable. The Cornell team first planned a control system virtually, collaborating with University of Cambridge researchers to digitally simulate in three dimensions how a droplet would move over a cilia-covered chip.

Once the researchers had used these computer simulations to check out the theoretical aspects of what they were doing, they went on to produce a physical device. Their centimeter-wide chip is carpeted with about a thousand tiny platinum-titanium strips, divided into 16 ciliary units of 64 cilia each. Because each unit is independently connected to a computer control system, individual units can be separately programmed and then coordinated to move the test fluid in any given direction. Working together, the 16 units could thus create near-endless combinations of flow patterns.

The team’s first device can drive droplets in specific patterns, but it is not as efficient as the researchers would like. They are now already planning next-generation chips with cilia that have more than one “hinge.” This will give them more bending ability, “which can allow you to have much more efficient flow of the fluid,” Cohen says.

The study “elegantly enlightened us about how independent, addressable control of artificial cilia arrays could be realized via electronic signals to generate complex programmable microfluidic operations,” says Zuankai Wang, a microfluidics researcher at the City University of Hong Kong, who was not involved in the new study. “Hopefully, the mass production of untethered low-cost diagnostic devices could be within reach in the years to come.”

Because the new technology imitates biological structures, it makes sense to use it in medical applications. The researchers envision a cilia-covered chip as the basis of a diagnostic device that could test any sample of water, blood or urine to find contaminants or markers of disease. A user would place a drop of blood or urine on the chip, and the artificial cilia would carry the sample—along with any chemicals or pathogens within it—from one spot to another, allowing it to mix and react with various testing agents as it moves. Biosensors built into the chip would measure the products of these chemical reactions and then direct the cilia to further manipulate the liquid’s flow, allowing the chip to perform additional tests to confirm the results. “This way, you can do all of the chemistry experiments, in a centimeter-size chip, that would normally happen in a chemistry lab,” Cohen explains. “The chip could also be made to function on its own, as it can use little solar panels fitted on the chip itself.” Such a self-powered device would be ideal for use in the field.

“It’s superb how they have combined microelectronics with fluid mechanics,” says Manoj Chaudhury, a materials scientist at Lehigh University, who was not involved in the new study. The researchers have solved an essential problem, but bringing the resulting product to fruition will require further work, Chaudhury says. “When they design a reactor system to analyze a drop of blood, there have to be local stations where they may even have to heat or cool the sample,” he says. “So it would be interesting to see how they may integrate all these aspects in a micro reactor.”