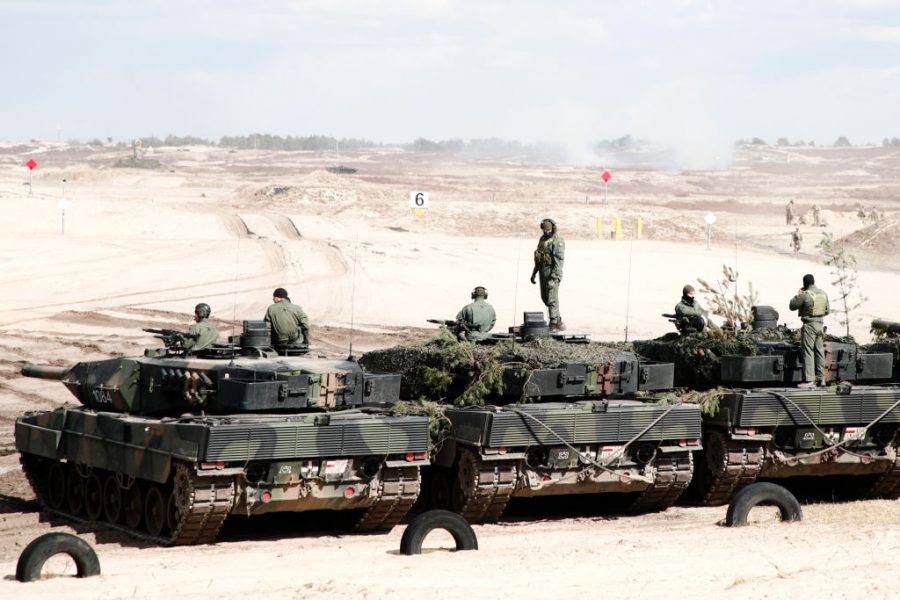 Cold War Liberalism Is Back

The Russian aggression in Ukraine has triggered a revival of Cold War liberalism. After decades of self-doubt and introspection, old ideas about “the free world” and the “empire of evil” have been resurrected. But to revive the Cold War would be a serious error.

This year, the prestigious Carlyle Lectures at the University of Oxford were given by Samuel Moyn, and his subject was Cold War liberalism. It was a case of intellectual history being ahead of its time. Moyn’s lectures are only a few weeks old, but his characters have since left the lectern to run amok in opinion pieces, like wax figures escaped from Madame Tussauds. Isaiah Berlin teaches us to see the pattern in the Russian carpet; Hannah Arendt had warned us against Russian expansionism and the revisionist uses of history; Judith Shklar had cautioned us against liberalism’s lack of self-confidence. We were warned, and yet we didn’t listen.

The Russian aggression in Ukraine has triggered a revival of Cold War liberalism the way a reflex hammer triggers a patellar reaction. One loses count of the op-eds arguing that we are back to the post–World War II years. Notions such as the “free world,” the “West,” and the “empire of evil” have been retrieved from their formaldehyde jars. The Cold War is the new intellectual compass that will help us navigate a world that is once again pitting democracies against totalitarianism.

The knee-jerk response comes complete with all the Cold War paraphernalia, starting with an enemy bent on world domination. Vladimir Putin’s intention to reconstitute the Soviet Union or the Russian Empire is taken for granted. Ukraine has been reduced to a piece from a vintage 1960s domino set: if it falls, Russian tanks will inexorably steamroll through Poland and show up at the Brandenburg Gate. It does not matter if they have been stuck for two weeks in a traffic jam in the outskirts of Kiev before turning back. Nothing short of a global alliance of democracies will ward off the totalitarian threat.

Needless to say, Putin’s decision to invade Ukraine is indefensible, and Kiev deserves all possible assistance short of military engagement in its effort to repel the invasion and reach a diplomatic settlement. Nor should the risk of escalation be underestimated. And it may well be that the Russian leadership is intent on rebuilding an imperial periphery. Yet none of these facts warrants a return to Cold War liberalism.

The period between 1945 and 1989 had little in common with today’s situation. The world is less ideologically cohesive than it was then. It is not divided into clear-cut blocs. The triumph of liberal internationalism has turned it into a tumefied assemblage held together by the glue of potted history. It is now less a coherent project than a bloated mail-order catalog from which one can pick discrete items. The result, as Robert Kaplan recently suggested, is that it has become “unclear whether parliamentary democracy is an absolute necessity for the general spirit of liberalism to develop.” From the leadership in Beijing to Silicon Valley neoreactionaries and an increasing number of Republicans, a lot of people would agree. Such versatility is why liberalism has no real challengers but also why it no longer has a clear sense of purpose either. At best, it is a fig leaf for hegemony.

It is this lack of definition that makes the clarity of the Cold War so appealing today. Until a few weeks ago, poring over the demise of liberal internationalism was something of a cottage industry. Even its staunchest advocates, like John Ikenberry or Francis Fukuyama, had started acknowledging that there were many things wrong with it — neoliberalism in primis. For many others, an open search for an alternative international order was well underway.

All this soul-searching was put to rest the moment the first Russian tank crossed into Ukraine. Self-doubt and introspection are no longer in order. The reservists have reported back to duty. Like pilots flying repurposed Soviet-era Sukhois, liberal internationalists have propped up the West’s defenses with antiquated propaganda material. From an advanced outpost in Skopje, Francis Fukuyama recently announced the revival of the “spirit of 1989” and a “new birth of freedom” that would follow a Russian “defeat.” Finally, history can end all over again.

This Cold War nostalgia is selective. From the original, it retains rollback over containment and Dr Strangelove over Henry Kissinger. The mood is distinctly neoconservative, while realism is getting bad press. William Kristol recently tweeted that his ideal candidate would be a “Zelensky Democrat.” This sort of moral intransigence is a winning formula in times of war — but unfortunately, it tends to trigger them as well. Eliot Cohen, a former adviser at the State Department, recently suggested that “the Russians do not have . . . escalation dominance” and that the United States should therefore “not fear fighting Russians” in Ukraine — a wild gamble about a country that has more nuclear warheads than the United States. In comparison, past interventions against ragtag armies in the Middle East and insurgents holed up in the Hindu Kush would look like an exercise in tantric self-restraint.

It’s not just that liberal self-doubt and introspection were unwarranted: it is now assumed that they were part of the problem all along. After 1989, liberalism had become effete: the “satisfaction of sophisticated consumer demands” had replaced the “willingness to risk one’s life for a purely abstract goal,” as Fukuyama observed back then. You cannot expect the “last man” to leave his couch and join an international brigade.

We are now paying the price for this indulgence, liberal pundits tell us. Liberalism has become “complacent.” Michael Ignatieff recently suggested that an obsession with soft power has emolliated liberal internationalists. It’s time to man up and don combat fatigues. Forget le doux commerce: what is needed are Master Classes in no-fly zones and Javelin missiles. Fukuyama, who seems to be flying drones during his spare time, is in awe of the larger Turkish models. Wouldn’t it be great to fly a Bayraktar TB2? Bonus point: the acronym for medium-altitude long-endurance drones is MALE. To defeat a strongman, you’ve got to become one.

The contention that liberal internationalists have softened up is ludicrous. If anything, the opposite is true: the liberal project has been bruised by too many catastrophic engagements in America’s forever wars and too many domestic failures. Rather than acknowledging these failures, today’s drone enthusiasts and armchair Spartans would rather blame them on identity politics, Black Lives Matter, or movements for greater social justice. If only for strategic reasons, the original Cold War liberalism was capable of accommodating important steps in favor of social and racial justice. The newer version has made clear it will not.

For liberal internationalists of all stripes, the war in Ukraine has been a serendipitous opportunity to reinvigorate a moribund project. Why it could solve the problems it created in the first place is unclear. How it could compound them is obvious.

As to the Cold War, it was a tragedy for millions of people. Nothing guarantees that it will repeat itself only as farce.