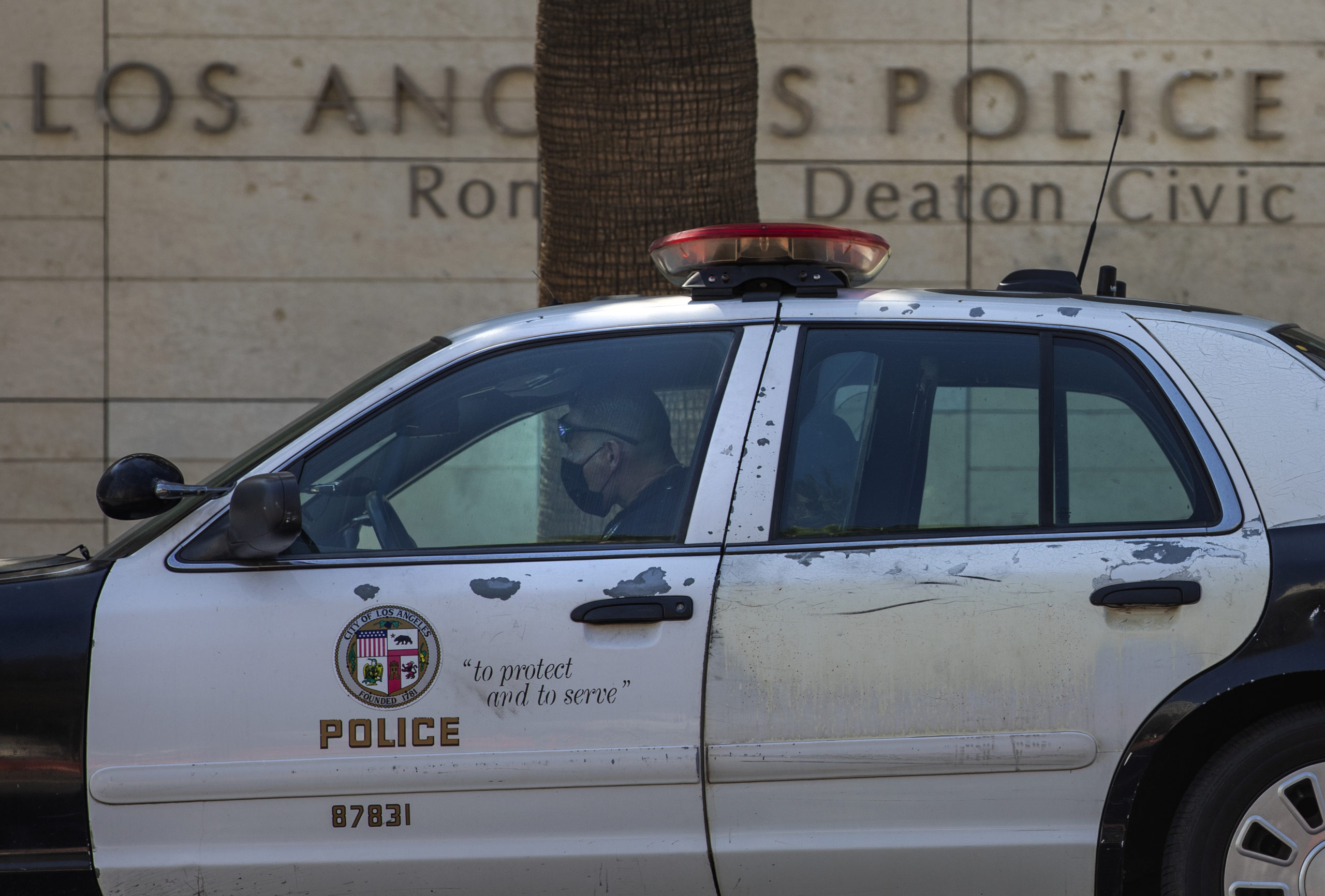 Cop Allegedly Killed by Colleague He Was Investigating for Gang Rape

The family attorney for a Los Angeles Police Department officer who died during a training exercise earlier this year suggested that the cop’s allegedly accidental death may have been an act of retaliation.

Officer Houston Tipping, a five-year veteran of the LAPD, died of a spinal cord injury on May 26, while practicing a maneuver that involved grappling another officer, the department reported at the time. It was during this maneuver that Tipping, 32, was allegedly dropped on his head, causing a catastrophic injury to his spine, according to police.

But attorney Bradley Gage and Tipping’s family believe the officer was beaten to death, and that the department’s version of events doesn’t tell the entire story. During a Monday press conference, Gage said Tipping was actively investigating an alleged gang rape carried out by four members of the LAPD in July 2021, at least one of whom was present when Tipping died.

“Our investigation has uncovered claims that one of the officers accused of sexual assault was at the training where officer Houston Tipping eventually died,” he said. “We have a witness that claimed that this occurred. We have documents that claim this occurred. And we also know from his family that officer Tipping, after spending a few years happy at LAPD, following these events, was searching for a job outside of the LAPD. [They say] he did not say why, but he clearly was distraught over something.”

Gage did not reveal the name of the officer who he claims was being investigated and was also present when Tipping died.

Gage first called out unexplained issues  with Tipping’s autopsy, which ruled the officer’s death an accident. In a July press conference, the attorney pointed out that in addition to the spinal cord injury, Tipping suffered a collapsed lung, severe liver damage, and several broken ribs. The attorney also showed that Tipping had six staples in his head at the time of his death.

“When you look at all these horrific injuries, the truth is something went seriously wrong here,” he said. “I can not fathom anything other than a severe beating. This raises a number of questions that the family would like to have answered.”

Gage said Tuesday that according to medical records obtained by the legal team, a LUCAS device, which works as an automatic CPR machine that can be used to help an incapcitated officer, was never used. This device has the ability to break a patient’s ribs, but without its use on record, there are few explanations for Tipping’s injuries—other than a use of force.

When the legal team requested records relating to the training that took place the day Tipping died, Gage says the LAPD has said video footage of the training doesn’t exist. Gage says he and Tipping’s family don’t believe his, as the LAPD not only has access to surveillance footage at the training center in Elysian Park Academy, but that training sessions are typically recorded.

Earlier this year, Tipping’s mother Shirley Huffman filed a wrongful death claim against the LAPD, accusing members of the department of assaulting her son.

“We also grieve his tragic death and I’m committed to ensuring that the investigation is comprehensive in understanding how this accident occurred and what added safeguards or other steps can be taken to ensure that it’s never experienced again,” Moore told the Los Angeles Daily News.

When reached for comment, the LAPD told VICE News that it would not provide a statement about pending litigation.