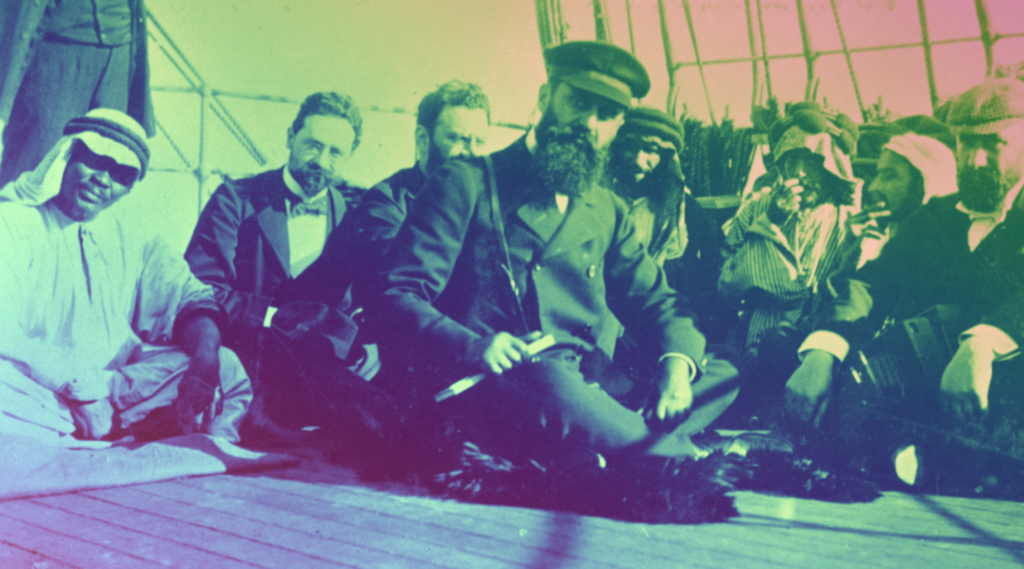 Creator of ‘Shtisel’ is working on a series about Theodor Herzl, father of modern Zionism

(JTA) — Modern Jewish history’s most famous bearded political leader could be coming to streaming services soon, thanks to one of the creators of “Shtisel.”

Theodor Herzl, the founder of modern Zionism who died in his native Austria in 1904, is the subject of a series being developed by Ori Elon, according to a report in Deadline. Elon wrote the script for “Shtisel,” the hit Israeli TV show about the travails of a haredi Orthodox family, as well as for “Srugim,” a popular series about Modern Orthodox singles in Jerusalem.

The Herzl project is in the “early stages,” according to the report, and is being financed by Inbar Nacht, a prominent Israeli attorney and philanthropist whose family foundation supported artists during the pandemic and helped hundreds of people escape the Taliban as it took control of Afghanistan last year. (Nacht’s husband Marius is an entrepreneur behind a successful early cybersecurity venture who has said Israelis should invest more often in their own country’s innovations.)

Herzl’s brief but significant life has not been depicted on screen in any substantive way since 1921, when he was the subject of an Austrian silent film called “Theodor Herzl, Standard-Bearer of the Jewish People.” That depiction would not have culminated in the 1948 founding of Israel, the state Herzl and his followers envisioned for the Jews in the Middle East.

His advocacy on behalf of that vision lasted for just a decade and included travel across Europe and the Middle East to generate support from political leaders and philanthropists. At the time of his death at age 44 of heart failure, he had proposed a Jewish state in Uganda.

The post Creator of ‘Shtisel’ is working on a series about Theodor Herzl, father of modern Zionism appeared first on The Forward.