Criticism of police response in Uvalde shooting piles up 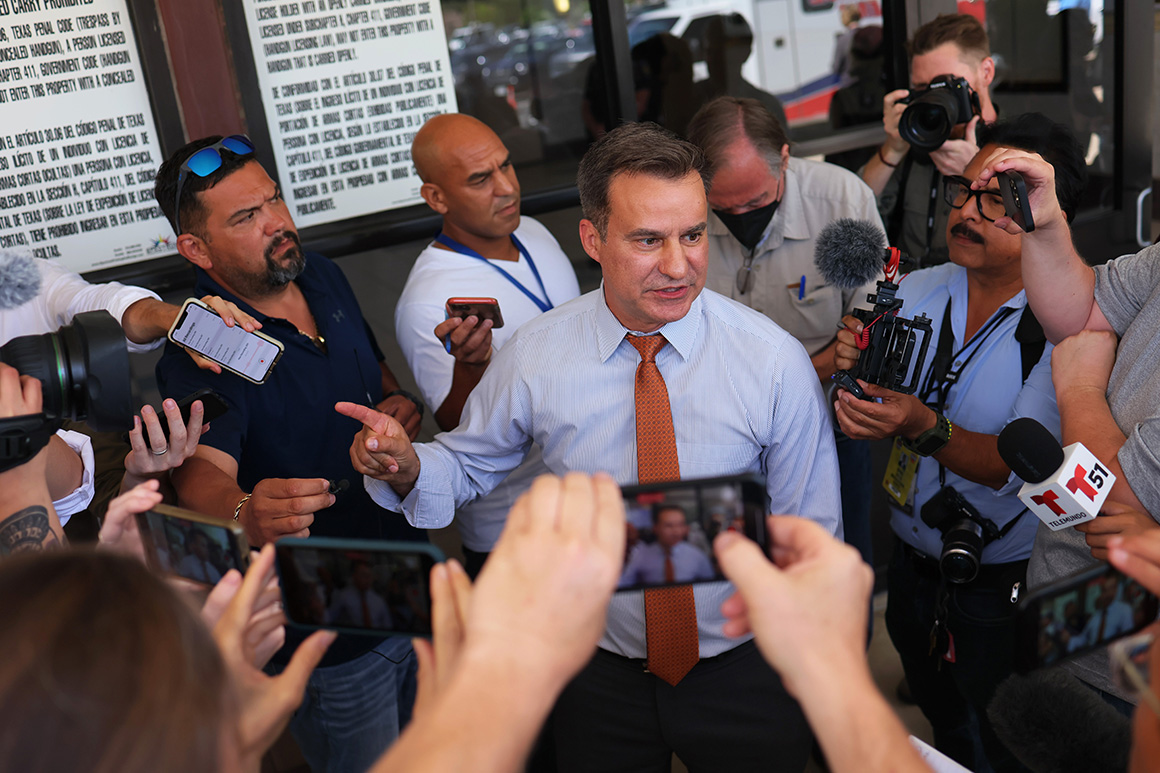 Criticism of the police response in the Texas elementary school shooting that killed 21 people continued to build Sunday, with a Texas state senator who represents Uvalde saying mistakes by officers may have led to more deaths.

Recounting a conversation he had with a mother whose daughter died from a single gunshot in an interview on CNN’s “State of the Union,” Democratic state Sen. Roland Gutierrez told host Dana Bash that “these mistakes may have led to the passing away of these children as well.”

The law enforcement response to the shooting Tuesday, which left 19 students and two teachers dead, has been under fierce scrutiny after it was revealed that officers — after facing an initial barrage of gunfire — were on the scene for more than an hour before engaging the shooter. Officials have said local police waited outside the classroom and did not expeditiously make an attempt to breach it, as is procedure.

The gunman was ultimately killed by a Border Patrol tactical team that engaged him.

Gutierrez further questioned the lack of clarity on the timeline of which law enforcement agency was in charge of the response.

The criticism Sunday was bipartisan. Rep. Dan Crenshaw (R-Texas), a former Navy SEAL, said, “The fact that it took Border Patrol an hour later to come in and actually do the job for the police is pretty embarrassing.”

“I know better than most, not to necessarily judge the person who’s walking through the breach … but it does seem clear protocols weren’t followed,” Crenshaw said. “So, let’s let the investigation play out, but it’s hard not to see how someone doesn’t get fired for this, for these very, very bad calls.”

Rep. Val Demings (D-Fla.), a former police chief who is running for Senate in Florida, said she understood that officers are in a difficult position during active-shooter events but noted that the actions by Uvalde police didn’t line up with the training law enforcement received after the 1999 shooting at Columbine High School in Colorado.

"Pre-Columbine, we would respond to an active shooter, and we would secure the perimeter and then we would wait for the crisis negotiator," said Demings, who added that she was a crisis negotiator for more than a decade. "We all know post-Columbine, there is no time to waste, that the officers on that scene are expected to go into those active-shooter situations. … Obviously that did not happen."

Gutierrez said he told the head of DPS that he didn’t think it was fair to place the sole blame on the school district’s police.

“At the end of the day, everybody failed here,” Gutierrez said. “We failed these children.”