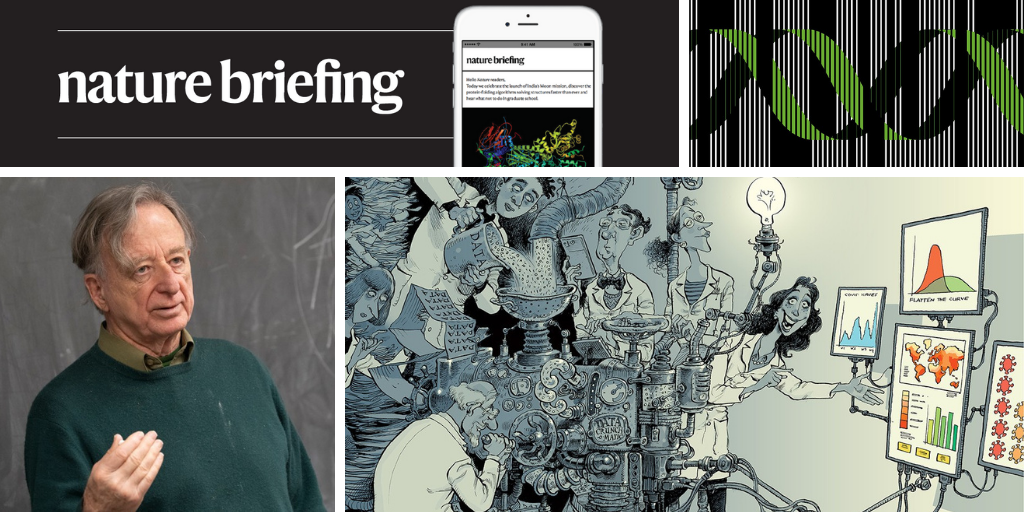 Mathematician Dennis Sullivan has won one of the most prestigious awards in mathematics, for his contributions to topology — the study of qualitative properties of shapes — and related fields. The Abel Prize, which is given by the Norwegian Academy of Science and Letters, is worth 7.5 million Norwegian Kroner (US$854,000). The Abel is considered a lifetime-achievement award. Sullivan says that the result he is proudest of is one he obtained in 1977, which distils the crucial properties of a space using a tool called rational homotopy.

For the first time, a person who is completely paralysed can form sentences using an implanted device that reads brain signals. The 36-year-old man has motor neuron disease. He was able to make sentences at a rate of about one character per minute by changing the audible tone of an output device to navigate through letters. He eventually explained to researchers that he modulated the tone by trying to move his eyes. In both German and English, he was able to communicate with his wife and 4-year-old son, and could express his food and physical preferences. Among his statements were “I would like to listen to the album by Tool loud,” and “I love my cool son.”

The scientists, programmers and designers who built some of the most influential artefacts of the pandemic — the data dashboards — share what they learnt about communicating science in a crisis. A common thread is that data that are this important for public health should be freely available, machine-readable and standardized. Another is that the best data visualization might not be the most pleasing to the eye. And it’s important to be transparent about data sources, methodologies and any gaps or errors that could lead viewers astray.

Like the barcode on a box of food at the grocery store, molecular barcodes label cells so that researchers can identify, track and study the populations that arise from them. They are built of nucleic acids or proteins, and cancer biologists use them to home in on a tumour’s origins or to understand how its mutations change over time. But reading molecular barcodes usually requires breaking cells open to sequence DNA. Now, researchers are expanding the tumour-barcoding toolkit to avoid destroying barcoded cells.

Infographic of the week

Astronomers have achieved an exoplanet milestone: 5,000 planets beyond our solar system have been confirmed. But what if all 5,000 orbited the same star? Astrophysicist David Berardo has us covered with this fun simulation: it would be a mess.