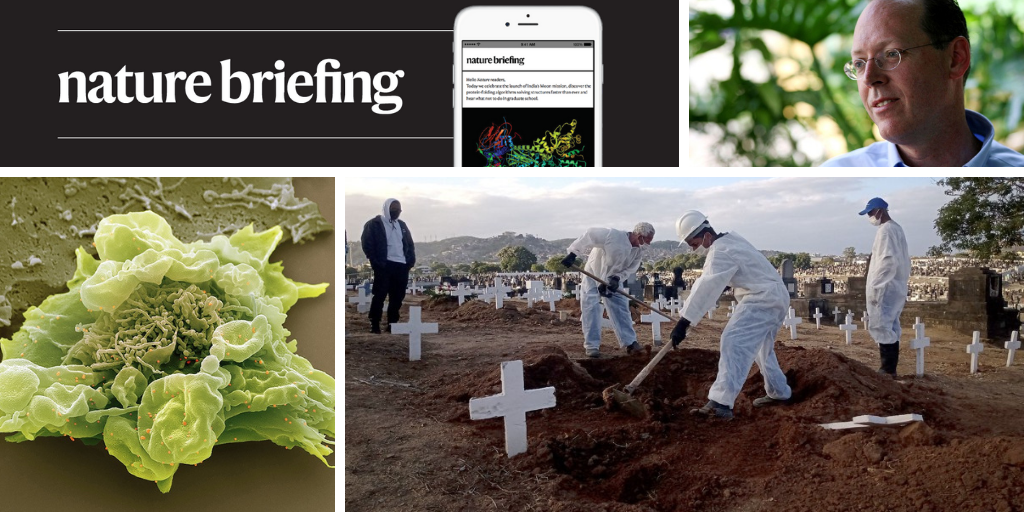 The number of people who have died because of the COVID-19 pandemic could be close to 18 million — roughly three times higher than official figures. The difference is down to significant undercounts in official statistics due to delayed and incomplete reporting and a lack of data in dozens of countries. The true toll is based on excess mortality, a comparison of the total reported deaths from all causes in a region or country with how many deaths would be expected given trends in the past few years. Such estimates include deaths from indirect causes, such as people who died because of inadequate medical care in overwhelmed hospitals.

•Others might be predisposed to lung inflammation or clotting, so even relatively low levels of the virus in the body could lead to dangerous illness.

Chile’s new president is ushering in what many scientists see as a new era for the country. Gabriel Boric, who is only 36, enlisted scientists in his election campaign and has given some of them top jobs in his administration. He has promised to take strong climate action, boost stagnant science funding and fight inequality. For scientists who lived through the 17-year dictatorship that followed a coup in the country in 1973, the promise of this new era is exciting — and long overdue. “Hope is the word” to describe how researchers are feeling, says neuroscientist Jacqueline Sepúlveda.

From the coal-fired British steamships that invaded China in the First Opium War to the Suez Crisis, fossil fuels have been the foundation of centuries of conflicts. The necessary transition to renewable energy sources won’t change the centrality of energy to geopolitics, argues political economist Helen Thompson. “Energy research — from materials science to emissions modelling to carbon pricing — that does not account for such realities can only ever give a partial picture,” she writes.

The death last month of physician, medical anthropologist and activist Paul Farmer, aged 62, triggered an outpouring of grief across the global health field. He co-founded Partners In Health (PIH), a non-profit organization that provides free medical care in low-income countries, including Haiti, Peru and Rwanda. PIH stands apart from most aid organizations: it attempts not only to build clinics, but also to ensure they remain sustainable by operating within government-run services and enlisting local staff at every level. Farmer felt that health care is a human right — and was willing to ‘hustle’ to ensure that people got the treatment they needed. “He wasn’t just a guy with a vision,” says anthropologist Adia Benton. “He was brilliant.”

Andrew Robinson’s pick of the top five science books to read this week includes a history of probably the most expensive scientific experiment ever: ITER, a nuclear-fusion reactor being built in France. Also recommended: an olfactory overview of birds and the story of how modern neuroscience was born in Turin.

Tina Lasisi has spent more than a decade on a quest to understand the evolution of hair diversity and why hair looks and feels the way it does. In her search for the roots of hair variation, she has built a methodology for determining the curvature of hair fibres. Her work suggests that tightly curled hair protects humans from the Sun by creating air ventilation structures that allow the head to breathe while protecting against solar radiation. Through her work, Lasisi hopes to untangle the study of hair from its racialized history.

Researchers have developed an artificial intelligence (AI) that can restore and date ancient Greek inscriptions. They hope that it will help historians by speeding up the process of reconstructing damaged texts.

Subscribe to the Nature Podcast on Apple Podcasts, Google Podcasts or Spotify.

Correspondence: your letters to Nature

“As president of the National Academy of Sciences of Ukraine, I call on researchers around the world to bear witness to the tragedy occurring in my country,” writes theoretical physicist Anatoly Zagorodny. “Along with killing Ukrainians, the barbarous Russian invasion aims to destroy infrastructure — both industrial and scientific. One unit seriously at risk is the Kharkov Institute of Physics and Technology’s flagship nuclear facility, which is used for nuclear-physics and materials-science research and to create medical isotopes.”

“The continual explosions and howl of air-raid sirens are making it increasingly difficult for many scientists to carry on with their research.”

Plea for scientific sanctions against Russia

More than 6,000 scientists from Ukraine and worldwide have signed an open letter from Ukraine’s scientific community that calls for wide-ranging academic sanctions in response to Russia’s military attack. “Examples include blocking access to all scientometric databases and international grant programmes, and ceasing to index scientific publications from Russia,” writes epidemiologist Dmytro Chumachenko, one of the letter’s initiators. “We beg for strong support from the international research community at this terrible time.”

Correspondence is published every week in Nature. For more info on writing one yourself, please see the guidance on nature.com. (Your feedback on this newsletter is always welcome at briefing@nature.com, but won’t be considered for publication in Nature.)

Today, Leif Penguinson is back in Canada for a second week (and why not? I go back every year). Leif is chilling in the glacier-fed waters of the Athabasca River. Can you find the penguin?

The answer will be in Monday’s e-mail, all thanks to Briefing photo editor and penguin wrangler Tom Houghton.

This newsletter is always evolving — tell us what you think! Please send your feedback to briefing@nature.com.