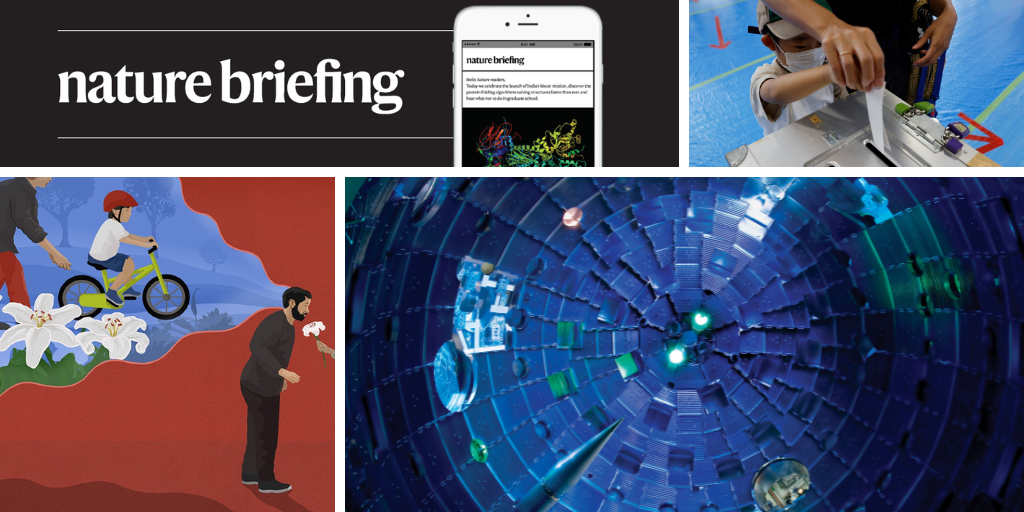 Daily briefing: Why smells bring back such specific memories

Hello Nature readers, would you like to get this Briefing in your inbox free every day? Sign up here

Researchers at a record-breaking laser-fusion facility are rethinking their experimental design. Nearly one year ago, the National Ignition Facility (NIF) achieved a landmark result: it produced, if only for a fraction of a second, an energetic fusion reaction of the kind that powers stars and thermonuclear weapons. Yet efforts to replicate that experiment have fallen short. Although there is disagreement over the best course of action, the programme’s leaders have decided to halt replication experiments and regroup. The NIF’s primary purpose is to study nuclear fusion reactions as they relate to the detonation of nuclear weapons.

Japan’s conservative ruling coalition won a landslide victory in a national election earlier this month, two days after the assassination of former prime minister Shinzo Abe, who led the coalition until 2020. Researchers expect it to continue Abe’s legacy of trying to boost the economy through cutting-edge technologies, including those with possible military applications. Some researchers are troubled by this, saying they do not want their work to be used for acts of warfare. Scientists are also concerned that programmes that fund ‘dual use’ research will sideline science that does not contribute to economic interests — and that some sensitive research could be classified.

Researchers have given rice a 40% yield boost by introducing a second copy of a single gene. The gene, known as OsDREB1C, encodes proteins that control other genes involved in photosynthesis and nitrogen use. Tweaks to the genetically modified (GM) rice improved photosynthesis, sped up flowering and helped the plant to absorb nitrogen more efficiently, resulting in larger, more abundant grains. Researchers say that the same yield boost could be accomplished by editing the plant’s own genes. This process tends to be more lightly regulated and is more palatable to some consumers than transgenic engineering.

The proportion of blood donors under 30 in Ireland who have antibodies showing they have been infected with SARS-CoV-2. That rises to 99% when including those who have vaccine-derived antibodies. (Irish Times | 3 min read)

Author Marcel Proust said, “The smell and taste of things remain poised a long time, like souls, ready to remind us.” Scientists are delving into the reasons why smell seems so deeply ingrained in our emotional memory. One contributing factor might be the way that smell-sensing neurons in the nose extend directly to the olfactory bulb of the brain, from which they can be passed to other brain regions — including areas involved in memory. Some day, odour memories might be used to boost and heal our brains.

This article is part of Nature Outlook: Smell, an editorially independent collection produced with financial support from Firmenich.

The James Webb Space Telescope’s stunning first images have had a surprising knock-on benefit: fresh attention is being paid to the value of alt text. Alt text is used by screen readers and displayed on web pages (and in e-mails such as this one) when the images aren’t available. Writers, designers, scientists and educators were given a one-week sneak peek at the astonishing photos so that they could write the carefully crafted descriptions for Webb’s images — but they had been preparing for two years. A common misconception, says educator Tim Rhue, is that brevity is key. In fact, pictures such as Webb’s are sometimes worth far more than the proverbial thousand words. “There were more than 1,000 words written about each of those pictures, and we could keep going,” says Rhue.

A new podcast from the American Institute of Physics delves into their abundant archives of rare books, oral histories and select personal papers to find unexpected stories behind today’s physics. “Through these stories, we hope to challenge the conventional history of what it means to be a physicist,” say the hosts. First up is the story of Eunice Foote, who pioneered our understanding of the greenhouse effect and global warming.

QUOTE OF THE DAY

Psychologist Nicola Clayton and her team hand-rear corvids — jays and rooks — to be their partners in research into comparative cognition. A surge of support from scientists and the public has saved the esteemed laboratory from closure. (New Scientist | 4 min read)

On Friday, our clandestine penguin friend, Leif Penguinson, was frolicking in the Savica Waterfall in Triglav National Park in Slovenia. Did you find the penguin? When you’re ready, here’s the answer.