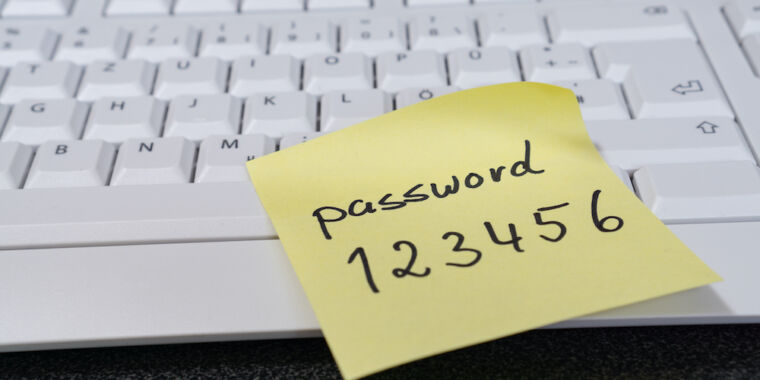 Big Tech wants to kill the password, with “Passkeys” being the hot, new password replacement standard on the block. Passkeys are backed by Google, Apple, Microsoft, and the FIDO Alliance, so expect to see them everywhere soon. iOS picked up the standard in version 16, and now Google is launching passkey betas on Chrome and Android.

The passkey argument is that passwords are old and insecure. Computer passwords were originally conceived as an easy-to-remember secret for humans to type into a text box. As the need for greater security arose, password managers arrived, making it easy to save and recall your passwords. Now, instead of some human-memorable phrase, the ideal way to use a password is to have a computer generate some wild string of characters and never reuse that password anywhere else. The password manager revolution is all a hack, though, built on top of that original text box. We don’t really need the text box anymore, and that’s where the Passkey standard comes in.

The Passkey standard just trades cryptographic keys with the website directly. There’s no need for a human to tell a password manager to generate, store, and recall a secret—that will all happen automatically, with way better secrets than what the old text box supported, and with uniqueness enforced. The downside is that, while every browser in the world supports showing that old text box, passkey support will need to be added to every web browser, every password manager, and every website. It’s going to be a long journey.

The one weird choice Big Tech made with passkeys is that the thing that passes your key to a website is your phone, not the password manager on whatever device you are currently using. This communication between phone and client also isn’t done over the Internet like two-factor authentication—the device you are using needs to have Bluetooth so your phone can talk to it locally. Keeping the communication local ensures that random people on the Internet can’t log in to your accounts, but it’s also going to lock out some desktop computers.

Google says its passkey efforts have reached “a major milestone” today. If you sign up for the Play Services beta, you can now create and use passkeys on Android devices, and Chrome Canary now supports passkeys for websites. Google says stable implementations for Chrome and Android will be out later this year, but it wants developers to start developing right now.

Google also shared a few details of how this is going to work. Google’s solution has your passkeys stored in the Google Password Manager. A popup on your phone will first have you pick an account, then authenticate with some kind of biometric, like fingerprint unlock. The phone will communicate with the client over Bluetooth, the browser gets your passkey and then sends that to the website. (If the client IS your phone, then this all gets a lot simpler.)

For some reason, Google’s example involves kicking off the whole process with a QR Code. I assume this is just a quick hack for the beta, but to get the passkey popup to first appear on your phone, Google has the computer show a QR code, and then the phone scans it. Just like for the Google Prompt or other forms of 2FA, in the future the initial passkey popup will hopefully just open automatically via the Internet.

Besides stable releases for Android and Chrome, next up for Google is an API for native Android apps and an Android API for third-party password managers to plug into this. Google’s getting its own house in order right now, but in the future this should work across ecosystems, so an iPhone could send a passkey to Chrome, or an Android phone could send a passkey to Safari.