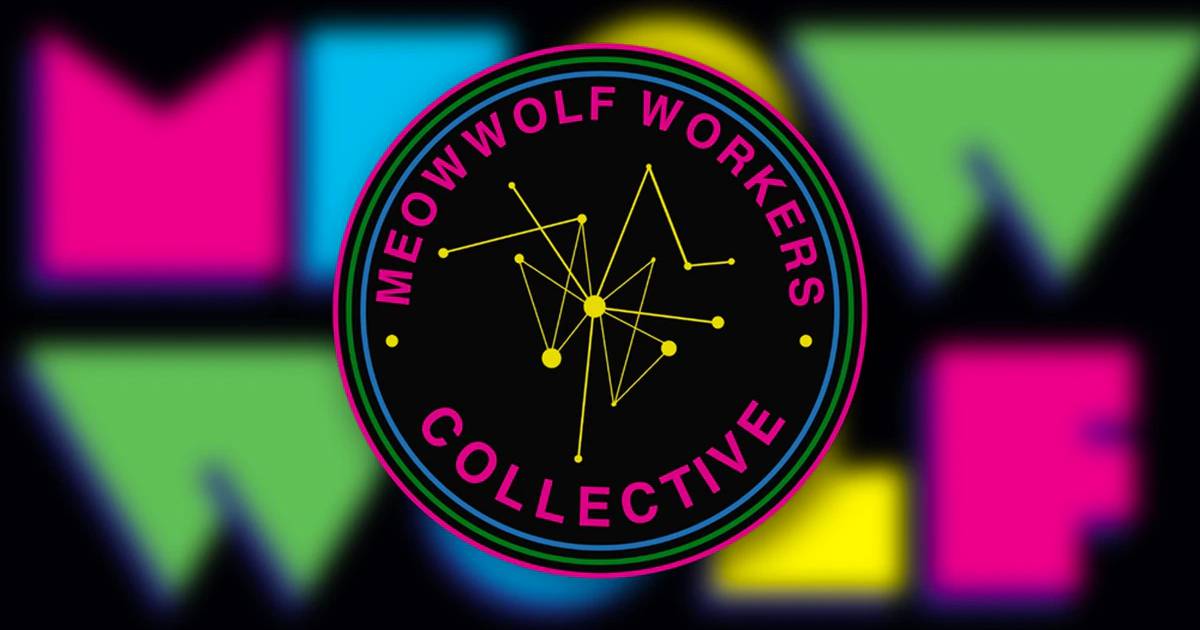 In a post on the @mwwcnm Instagram page, a statement from workers says in part that “forming a union is an act of care, for ourselves and those who work with us…the age of starving artists is over.” It goes on to highlight ways through which workers make running the permanent installation possible, from security and custodial services to food, maintenance artists and others.

If formally recognized by the company, the union expansion would fall under the Communication Workers of America union (CWA), under which the original Meow Wolf Workers Collective was formed in April.

“It’s a huge step forward and I think that what we’re seeing is that there’s a spirit in the country right now of workers understanding they deserve a voice at work, and that they have power when they stand together,” CWA’s Milagro Padilla, who helped the original union form, tells SFR. “That’s what these folks in Denver are doing—they’re saying they want to make sure their voice is heard.”

Padilla says that a majority of Convergence Station employees have already signed authorization cards declaring their intent to join the union, and that the ball will soon be in the company’s court.

“It’s the same thing we asked for in Santa Fe,” Padilla continues. “But we know what Meow Wolf did in Santa Fe to fight that unionization effort, so we’re asking them not to do that this time; let’s not go down this road; let’s not burn relationships this time.”

Padilla says the would-be union will now send documentation asking the company to officially recognize it, and that if organizers don’t hear back, they’ll file with the National Labor Relations Board. If the process works anything like it did in Santa Fe, however, it could take months or even years. Still, Padilla says, he and employees are hopeful.

“We’ll do everything we can to hold onto the overwhelming support we had in Santa Fe,” Padilla says.

Meow Wolf corporate representatives did not respond to a request for comment.