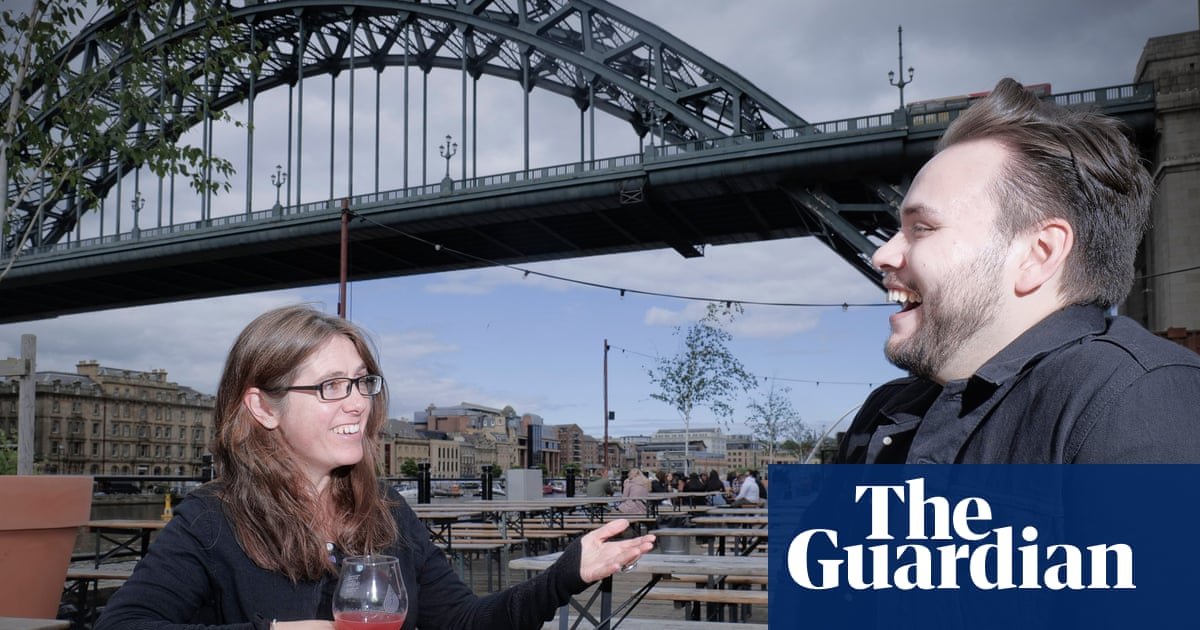 Dining across the divide: ‘On paper we’re as far apart politically as it is possible to be’

Voting record Ailsa used to be chair of her university Conservative party. She says she has become more left-leaning, but still describes herself as small-c conservative. In the last general election she spoilt her ballot

Amuse bouche Ben went to the same primary school as Boris Johnson’s daughter and “met him vaguely” at the school fete. He remembers the hair

Ben We talked about what we did, broke the ice.

Ailsa We’ve got mirror-image backgrounds. He’s a medic, works in emergency care and is doing a degree in philosophy. My first degree was philosophy and politics – I left in my second year because I got ill, so when I got better I was interested in health.

Ailsa When he said his politics were anarchist/communist, I thought: “I look forward to tearing his arguments up.”

Ben I believe in radical, direct democracy. I’d like to see a consensus-based, non-hierarchical system based on the face-to-face assembly of individuals in a workplace or neighbourhood of around 100-150 people max. They would choose a delegate to carry out their decisions at a council that represents a larger area, and this process would be repeated for a larger area – municipality, region, nation, etc. No decision about you without you!

Ailsa On paper we are as far apart politically as it is possible to be. And yet our values and ideas of society, and the need to run it better, are quite similar. What he said wouldn’t work in real life.

Ben If you meet people’s material needs, you can remove a lot of crime. Most crime is related to poverty. A lot of abuse, violence and antisocial behaviour is more common among people who are deprived.

Ailsa What about a sex offender? That’s not about poverty or property. Someone who’s fully aware of what they’re doing, no suggestion of mental illness; someone who’s a nasty piece of work. That’s the flaw in the argument.

Ailsa I was brought up by old-style conservative-thinking people: Church of England, basic decency, respect for the law, wanting to conserve what’s good rather than change it.

Ben I do have a bit of a penchant for some small-c conservative values, like duty, service, responsibility to others.

Ailsa My mum was the original poster child for what grammar schools should be. She grew up in Dickensian-level poverty. Her dad died when she was eight. The neighbours made them meals because they didn’t have the money. A few generations earlier they would have gone to the workhouse.

Ben Just because it worked for her family doesn’t mean the system benefits everyone. A lot of people use their wealth to get tutors. It doesn’t really matter if you’re state or privately educated – wealth is the biggest predictor of academic success.

Ailsa I got a scholarship to a private school. If you are good at something, a rocket should be put underneath you to push you as far as you can go. You should be encouraged to think big, to aim for the top. I don’t believe the comprehensive system does that.

Ben Education could look at the wider expression of human excellence. It angles everyone to becoming a university professor. It would be better if it was about developing people’s unique talents.

Ailsa It was a delight to meet somebody so politically informed. We talked nonstop for four hours.

Ben Face to face is always better. It was the antithesis of the arguments I have with people online. I think you can drive down to where your values are shared, even if some of the particulars are divergent.

Ailsa I got into politics because I thought it would be what me and Ben did: an exchange of ideas. When I discovered it was all skulduggery and plotting and bringing people down, I couldn’t handle it.

Ailsa and Ben ate at Träkol in Newcastle

Want to meet someone from across the divide? Find out how to take part