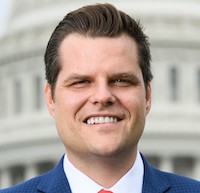 Disarm the IRS Act would prevent tax-collecting agency from attaining more ammunition, of which it…

Disarm the IRS Act would prevent tax-collecting agency from attaining more ammunition, of which it currently has 5+ million rounds

The bill’s sponsor says the IRS should be in the business of rounding errors, not actual rounds.

The Internal Revenue Service (IRS) collects Americans’ taxes, but sometimes they say they need to use a little force.

You may not think of IRS personnel as needing weapons, and indeed the regular tax-reviewing agents who comprise the vast majority of their workforce don’t. But the IRS’s Criminal Investigation division goes after suspected tax felons, and they have armed law enforcement officers.

According to a 2018 report from the Government Accountability Office (GAO), the IRS’s Criminal Investigation Division had 2,148 law enforcement officers, 4,461 weapons, and 5.04 million rounds of ammunition. The IRS also spends hundreds of thousands of dollars per year on ammunition.

Four IRS Criminal Investigation employees have ever died in the line of duty. However, none of those four died in such a way that a weapon on their person would have been necessary, such as a shootout with an armed suspect. One of the four died by a fatal heart attack while doing a morning workout routine in the IRS’s gym, while the other three fatalities all involved automobile accidents while on duty.

The Disarm the IRS Act would ban the IRS from acquiring ammunition by any method, whether through direct purchase or otherwise.

Supporters argue that ammunition may be necessary for some other government agencies — think the FBI, CIA, or Secret Service — but not the IRS.

“Call me old-fashioned, but I thought the heaviest artillery an IRS agent would need would be a calculator,” Rep. Gaetz said on a Fox News interview for Jesse Watters Primetime. “I imagine the IRS in green eyeshades and cubicles, not busting doors down and emptying Glock clips on our fellow Americans.”

“When we used to talk about the IRS being ‘weaponized,’ we were talking about political discrimination, not actual weapons,” Rep. Gaetz continued. “I’m not against stockpiling ammunition, but you shouldn’t have to be a D.C. accountant to do it. You ought to be able to be a mechanic in Pensacola.”

Opponents counter that although it may be contrary to their popular image, the IRS needs armed personnel to complete their mission.

“The IRS, and our country, relies on CI’s ability to investigate and recommend prosecution of criminal tax violations and other related financial crimes to the Department of Justice,” IRS Criminal Investigation’s Chief Jim Lee wrote in his 2021 annual report. “The deterrent effect from our work reinforces the backbone of our voluntary compliance tax system — a system that funds our government, our military, and our infrastructure.”

“Criminal tax cases that are prosecuted and publicized provide a strong deterrent message to would-be tax evaders, helping to ensure the integrity and fairness in the U.S. tax system,” Lee continued. “It also provides deterrence to those who are considering other financial crimes. Our efforts put criminals on notice — they will be caught when they commit these crimes.”

The bill has attracted three cosponsors, all Republicans. It awaits a potential vote in the House Ways and Means Committee.

Disarm the IRS Act would prevent tax-collecting agency from attaining more ammunition, of which it… was originally published in GovTrack Insider on Medium, where people are continuing the conversation by highlighting and responding to this story.