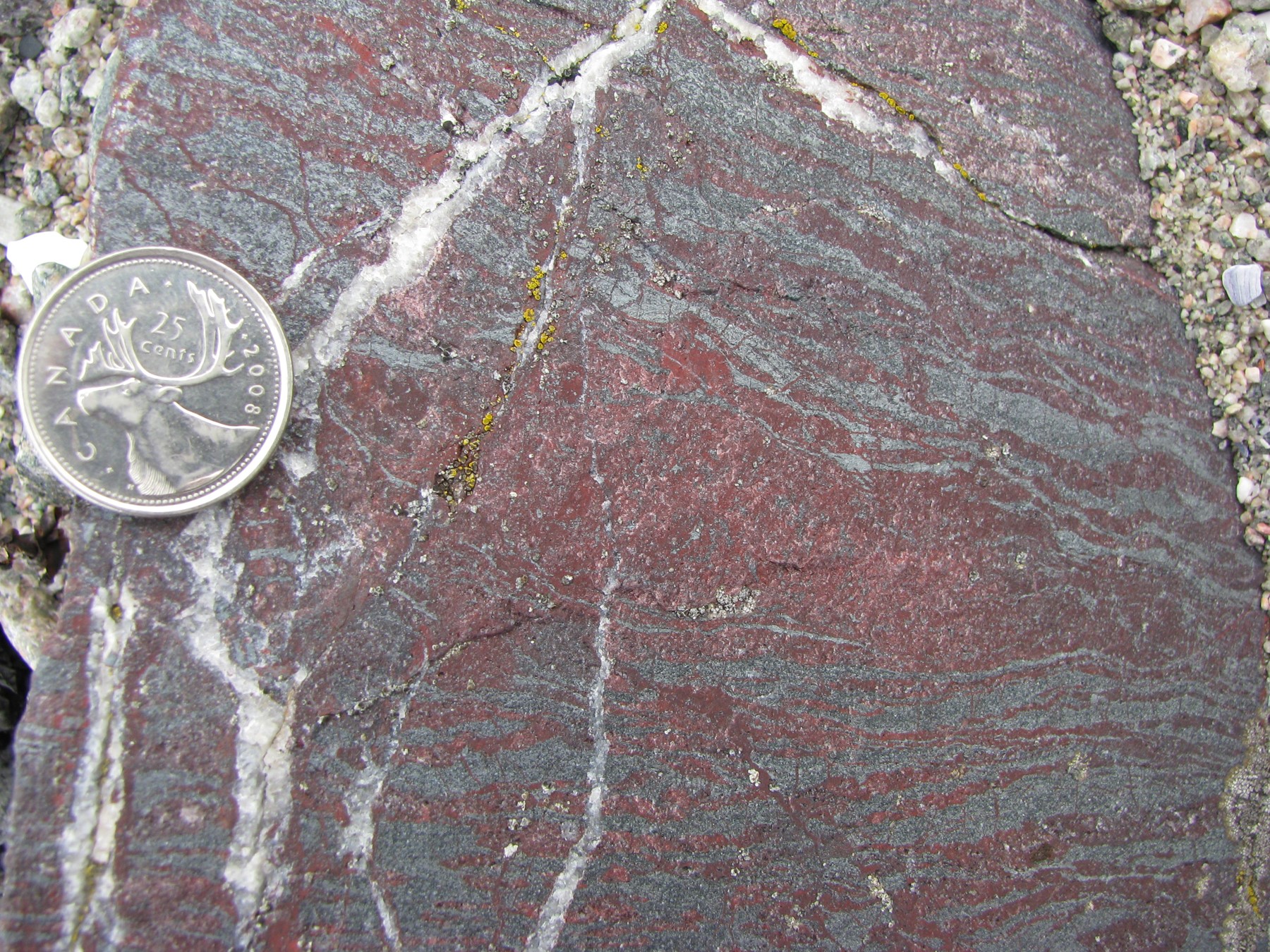 Scientists believe they have identified the oldest fossils on Earth, dating back at least 3.75 billion years and possibly even 4.2 billion years, in rocks found at a remote location in northern Québec, Canada, according to a new study.

If the structures in these rocks are biological in origin, it would push the timeline of life on our planet back by 300 million years at a minimum, and could potentially show that the earliest known organisms are barely younger than Earth itself. Such a finding would have major implications for understanding the emergence of life on Earth, and could also inform the search for aliens on other worlds.

These presumed microbial fossils were originally collected by Dominic Papineau, an associate professor in geochemistry and astrobiology at University College London, during a 2008 expedition to  Québec’s Nuvvuagittuq Supracrustal Belt, a formation that contains some of the oldest rocks on Earth. Papineau and his colleagues reported their discovery in a 2017 paper published in Nature, which sparked a debate over whether the tubes and filaments preserved in the rocks were a result of biological or geological processes.

In the years since then, Papineau and his colleagues have worked to bolster the case that the tantalizing structures are indeed early lifeforms that may have thrived near hydrothermal vents in Earth’s ancient oceans. The researchers report these “unprecedented” new findings, which potentially reveal “a diverse microbial ecosystem on the primordial Earth that may be common on other planetary bodies, including Mars,” in a study published on Wednesday in Science Advances.

“Overall, it’s very exciting because not only do we develop a scientific approach with multiple independent lines of evidence to strengthen the biological origin, we also dismiss the known abiotic reactions,” Papineau said in a call.

“These microfossils might actually exist on other ancient planetary surfaces because if the origin of life takes such a short time to develop, and you have this level of complexity, then that brings up a lot of new philosophical questions about the probability that life might have arisen and left these kinds of imprints behind,” he added. “It creates a lot of new opportunities to push back the clock for the origin of life and to search specifically for these kinds of things on other planets.”

In the wake of skepticism about the claims of their 2017 study, Papineau and his colleagues employed a host of new techniques to clarify the nature of the mysterious structures in the Canadian rock.

While the initial study was built upon a slice of the rock about the width of tracing paper, the new research describes a thicker sample that exposed, for the first time, a tree-like stem, with parallel branches on one side, that measures nearly a centimeter across, as well as many distorted spheres gathered in intricate clusters. This centimeter scale may not seem large from our human vantagepoint billions of years later, but it is striking for a potential bacterial community that may have existed during our planet’s infancy.

The team acknowledged that some of the patterns could have been formed by geological reactions, but said the stem structure is difficult to explain with abiotic processes. Moreover, the overall portrait entombed in the rock is reminiscent of iron-eating microbes that live in modern hydrothermal vent systems today.

“We don’t have any DNA, of course, that survived these geological timescales, with the heat and pressure that the rock has suffered,” Papineau said. “But what we can say, on the basis of morphology, is that these microfossils resemble those that are made by the modern microbacterium called Mariprofundus ferrooxydans.”

For decades, scientists have suggested that life may have first arisen on Earth around these ocean vents, which can provide energy sources—including iron, carbon, hydrogen, and oxygen—to any nascent lifeforms.

The potential existence of these vents in the subsurface oceans of Jupiter’s moon Europa, or Saturn’s moon Enceladus, have made these worlds exciting targets to look for alien life. Likewise, evidence that similar environments might have existed on Mars billions of years ago raises the possibility that microfossils might one day be found on the red planet, perhaps by NASA’s Perseverance rover, which is tasked with collecting samples that might preserve traces of past Martian life.

In this way, the presumed microfossils from Québec could open a window into the distant past of our planet, and others, while also unveiling a new roadmap to identifying life on alien worlds.

“I’m clearly handling some precious stuff,” Papineau concluded. “They are relics of the very distant past. So in a way, it is very humbling because I’m the first human being, the first animal, the first lifeform on this planet, to see these things and to realize what they are.”