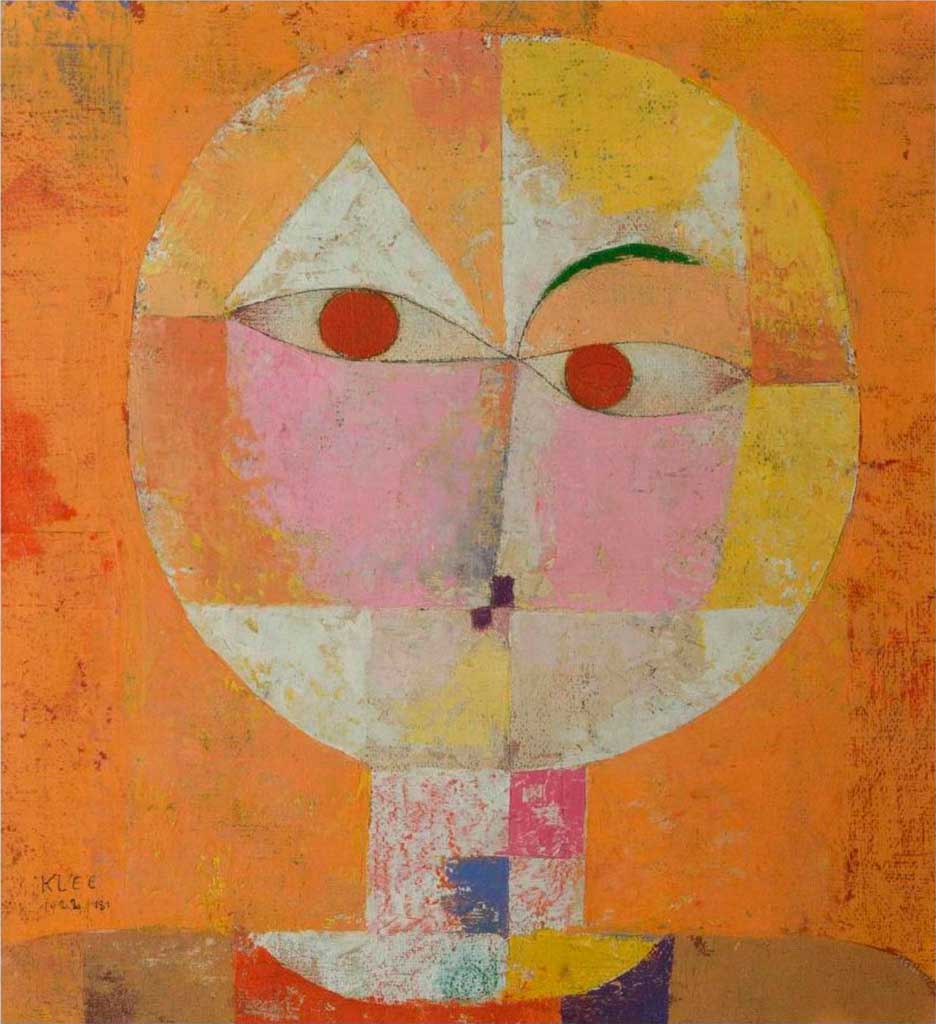 delirium (n.): 1590s, “a disordered state, more or less temporary, of the mind, often occurring during fever or illness,” from Latin delirium “madness,” from deliriare “be crazy, rave,” literally “go off the furrow,” a plowing metaphor, from phrase de lire, from de “off, away” (see de-) + lira “furrow, earth thrown up between two furrows,” from PIE root lois- “track, furrow.” Meaning “violent excitement, mad rapture” is from 1640s.

From Lobo Suelto! (01/05/2022), an essay by Emiliano Exposto on the politics of desire, fascism and anti-fascism …

We need to dispute the delusions of the “new right” and fascism. They have a strategic character: a cognitive potential. Every delusion has political roots, it constitutes an index of the social field. It involves races, nations, genders and classes. Contradictions and struggles, crises, wars and rebellions are delirious. The dispute over delirium is an important strategic operator for a mental recomposition. The delusion does not express deception, false consciousness or pathological distortion, but rather manifests the most extreme sign that passions, imaginaries and behaviours are permeated by an expanded class struggle, crossed by feminist and dissident, environmentalist and urban, anti-racist and anti-capitalist conflicts. We do not speak of delirium as a clinical or psychiatric category, but as an ambiguous force.

The ruling classes and the privileged have their own politics of delirium: fascist hate speech, supremacist and authoritarian acts. From a sensationalist representation to a real threat, the hallucinated right unleashes its violence against our lives, reinforcing the terror of colonial and patriarchal capitalism. They confine the possibilities of recomposing our fragile and ambivalent forces, accentuating the sensations of exhaustion and impotence, frustration, insomnia and anxiety between so much work, disappointment and catastrophe. Fascisms mobilise a murderous attack against any trend of autonomy with respect to the imperatives of capitalist valorisation. There is no anti-fascist struggle outside of an emotional dispute over desires, imaginaries and delusions.

In a recent conversation between Diego Sztulwark and Amador Fernández-Savater, the following strategic warning could be read: we must take fascist delusions seriously, since they manifest the fear of the ruling classes. They are the hallucinations of owners. They do not express a false perception or mere anti-politics, but the class politics of a paranoid and aggressive sensibility. The basis of the delusion is a sense of threat that the ruling classes feel in the face of new struggles. An affect in defence of property against the “communists”, the dispossessed and the popular sectors. A desperate fear of giving in to real powers.

The ambiguous potentiality and power of cognitive and sense delusion signals a challenge. There was a time when the left hegemonised alternative fantasies, proposing images of futures that seemed delirious, while conservatives defended the status quo or a return to the past. There is a delusional component in radical politics. A new way of dreaming. The emergence of a sensitivity in rupture with reigning determinations and historical laws. Is there not a fantastic vector in the Bolshevik revolution? And in Guevarism? As the reverse of strategic hypotheses and ideological discussions, the revolutions of the past carried a sensitive power encrypted in their discourses, actions and disruptive fantasies.

In contrast, fascist delusions activate passions to secure property. Fascism reveals the impossibility of neoliberals to govern the crisis in a purely juridical and legal way. It is a repressive strategy to safeguard the capitalist order. This privatising and supremacist fear feeds on sexist, classist and racist violence.

Neoliberalism has been dying since the bankruptcy of 2008, accentuated by the pandemic, the crisis and revolts, but in its stage of mercantile utopianism it captured the discontent of the masses. Neoliberalism was a reaction to the emancipatory struggles of the last century. That is why its rotting corpse is now becoming a counterinsurgent, in the guise of a generalized fascism. Only social movements have the capacity to challenge capital’s authoritarianism.

Fascisms emerge when capital cannot normalise crises. They offer certainty and security in the framework of a fractured and decadent world, through a reactive politicisation of social unrest. They seek to subordinate dissident ways of being by subjugating the social reproduction of lives under the reproduction of capital. The fascist delirium is sustained by reactionary passions, in violent actions generated by humiliation, precariousness and insecurity. Its aggressiveness is measured in relation to the anticipation of a threat to which power is responding. For the classical left, these delusions are objects of ridicule and lucid cynicism. But their political importance lies in the fact that they can give us a reading against the grain of the force of insubordination of the struggles to which they respond.

The delusion of the fascists, “libertarians” and rightists is a symptom of capitalist decomposition. It expresses a desperate and hallucinated response of power to the loss of privileges, an anticipatory fear. The fascist delusion is supremacist, it emerges to reinforce obedience. It is made explicit in anti-rights demonstrations, in religious and sexist crusades. It mobilises discourses and acts that are as anti-democratic as they are grotesque and conspiracy-themed. It shows how unbearable the imperatives of merit, austerity, and competition are. While we can all be taken in by these delusions, they are more intense among the privileged, because fascist violence is the violence of capital in defence of a presumed sick normality.

The fascist delirium is a mental counteroffensive of the ruling classes at the level of fantasies, desires and social representations, where crises are used as a reason to generate fear and depression, adjust lives and discipline social habits. An anti-fascist front is necessary between labour unions, popular, anti-racist, feminist and environmental struggles, because fascism seeks to capture discomfort through discourses and actions that in fact respond to real problems derived from the catastrophe of neoliberalism. They capture affects originating in structural poverty, frustration and popular disillusionment unleashed by the disappointing vacillations of progressive governments. All this is complemented by microfascisms that make us love repression for others and ourselves. The micropolitics of capital rests on this right-wing social war. In short, fascisms are the subjective form that represents the catastrophe of capitalist and statist realism.

Right-wing delusions channel hate in a non-egalitarian direction. They express xenophobic and anti-plebeian violence, revealing the war that founds and underlies democracy. They do not come to impose novelty or rebellion, but to reinforce neoliberal terror. The hesitations of progressive governments exacerbate the violent supremacism of the right and “libertarians.” The runaway advance of the right destabilises the progressive illusion of crisis management. Progressivism is not a tool to contain fascism; on the contrary, fascism is catalysed by it. The progressive demobilisation of the social conflict inflames the violence of the ruling classes. These reactionary and conservative hatreds condense the privatising fear of the privileged. The pacification of popular struggles prevents those below from overflowing and exacerbates those above. The fascist right brings to light the inequalities that democracies cannot question. The excessive imaginary of the hallucinated right operates as the inverted mirror of the tedious measure of progressivism.

The economic and political right feeds on the deliriums of the social right. Management by democratic consensus is incapable of curbing the generalised cruelty. Fascists are not insensitive: they increase proprietary sensitivity. This extends to anyone who feels that their possessions and market freedoms are threatened. It is a transversal passion, although particularly inflamed among the ruling classes. A desire for order and subordination.

The rightward shift of imaginaries functions as the hallucinated subsoil of dispossession, exploitation, and extractivism. It upgrades violence on the land, in communities and against bodies. Cruelty becomes evident when domination enters into a crisis. By losing certain privileges, those who dominate unload their revenge and resentment. In this way, the right seeks to violate a discipline sensitive to the whole of the working class. They intend to wage war in sexist, racist, nationalist, religious, and conservative terms. This classist, colonial and patriarchal unconscious has been shaping bodies in various anti-egalitarian protests, in demonstrations for the defence of “freedom” and property, in discourses and actions against the recovery of wages, lives and rights.

The subjectivities of the crisis can be captured by these fascist behaviours and passions, since right-wing delusions go hand and hand with the sad passions of progressivism. The fascist right represents a grudge against all emancipatory desire. Exploiting our sadness, it seeks to cancel the possibility of alternative futures. The fascist delirium expresses hate and murderous violence against any line of autonomy. In this framework, the representatives of the party of property want to take the lead in creating a politics of collective depression, a management of insomnia, anxieties and boredom. The “new right”, in its many forms, even captures the rebellious fantasies of youth and of other social groups. In this sense, they cannot be combated with the bitter affects of progressivism or with the non-libidinous political imagination of the traditional left. While the right offers scapegoats, targets of hate and fatal lines of escape, progressive literalism only grants a deflated inclusivism. The moral superiority of the traditional left invites outdated and sectarian formulas as ineffective as simple autonomies.

If we want to defeat this proprietary, colonial and sexist subjectivity, we cannot restrict ourselves to defending post-dictatorial democracy, rich in inequalities, impotence and death. A non-egalitarian desire at the service of private property shows itself to be ever more ferocious and clearly in expansion. The delirium is the sensationalism of a real threat. State pragmatism manages sad passions, but instead of being an instrument to confront the right, progressive hesitations work as a catalyst for right-wing behaviour. These processes reveal the impossibility, desperate for power, of stabilising domination in times of crisis, of pacifying the rise of social conflict. If we want to restore the ability to dream futures after the Future, we need an offensive of imaginaries, enjoyments and desires. We must dispute the malaise and deliriums of catastrophe. To combat fascism, there is a need for a collective recomposition of what fundamentally animates us.

* In the body of the essay, we have translated the spanish delirio both by delirium and delusion, following the context of the text. In spanish, the word carries both the connotation of psychic disorder and false belief and both of these meanings should be kept in mind in the reading of the piece.