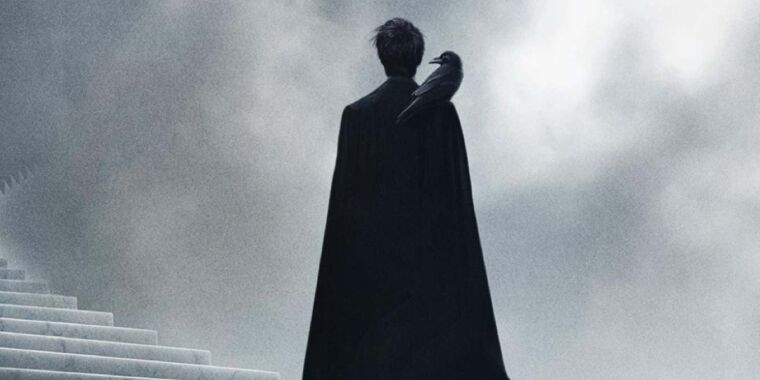 It’s Geeked Week courtesy of Netflix, which means a smorgasbord of new teasers for upcoming series. Most notably, we got some new teaser footage for The Sandman, a teaser for the third and final season of Locke & Key, and a full trailer for the Resident Evil live-action series. There were also teasers for a new series from the creators of the masterful German series Dark, called 1899; Mike Flanagan’s The Midnight Club; the anthology series Guillermo del Toro’s Cabinet of Curiosities; and Wednesday, Tim Burton’s new series focused on a grown-up Wednesday Addams.

(Spoilers for prior seasons of Locke & Key below.)

Sandman fans have longed for a screen adaption of Neil Gaiman’s iconic graphic novels for decades, and we’re finally getting it, thanks to Netflix, executive producer David Goyer (Foundation), and showrunner Allan Heinberg. Gaiman has been heavily involved as an executive producer and has regularly enthused on social media about his delight about how the series turned out. If this teaser is any indication, we’re inclined to agree. It certainly gets the look and feel of the graphic novels exactly right.

As I’ve written previously, the titular “Sandman” is Dream, aka Morpheus, among other names. He is one of seven entities known as the Endless, and he is seeking to correct his past mistakes. The other Endless are Destiny, Destruction, Despair, Desire, Delirium, and Death (portrayed as a perky punk/goth young woman). Tom Sturridge snagged the coveted role of Morpheus, Lord of the Dreaming. Kirby Howell-Baptiste plays Death, Donna Preston plays Despair, and Mason Alexander Park plays Desire. Game of Thrones alums Gwendoline Christie and Charles Dance play a gender-swapped Lucifer and the charlatan magician Roderick Burgess, respectively.

The cast also includes Boyd Holbrook as The Corinthian, one of the (failed) nightmares created by Dream; Vivienne Acheampong as a gender-swapped Lucienne, chief librarian of the Dreaming; David Thewlis as John Dee/Doctor Destiny; Jenna Coleman as Johanna Constantine, occult detective and ancestor of DC Comics antihero John Constantine; Patton Oswalt as the voice of Dream’s raven emissary, Matthew; Razane Jammal as Lyta Hall; Kyo Ra as Rose Walker, who encounters the Corinthian while searching for her lost brother; Stephen Fry as Rose’s guardian, Gilbert; Sandra James-Young as Unity Kinkaid; and Sanjeev Bhaskar and Asim Chaudhry as Cain and Abel, respectively.

Per the official premise:

There is another world that waits for all of us when we close our eyes and sleep—a place called the Dreaming, where The Sandman, Master of Dreams (Tom Sturridge), gives shape to all of our deepest fears and fantasies. But when Dream is unexpectedly captured and held prisoner for a century, his absence sets off a series of events that will change both the dreaming and waking worlds forever. To restore order, Dream must journey across different worlds and timelines to mend the mistakes he’s made during his vast existence, revisiting old friends and foes, and meeting new entities—both cosmic and human—along the way.

We got our first peek at the series when Netflix released a brief teaser last September during its Tudum global fan event. That footage focused on Dream’s initial capture by Roderick Burgess and his acolytes, who were trying to capture his sibling, Death. This latest footage gives us even more of Sturridge’s Dream, as well as brief glimpses of Lucienne, Lucifer, Johanna Constantine, and the creepy bleeding eyes of Holbrook’s Corinthian. We also see the crumbling ruins of The Dreaming in the wake of the Sandman’s prolonged absence, as Death warns him that much has changed in the interim.

The Sandman debuts on Netflix on August 5, 2022. We are counting the days.

There’s a powerful allure to the basic premise of Locke & Key: Three traumatized siblings whose father was recently murdered return to dad’s ancestral home, Key House, with their mother and discover that the house is filled with hidden magical keys that “whisper” to the children until they find them. Only kids can hear the keys whispering, and any adults who witness the “magic” of the keys in use quickly forget what they’ve seen. The TV series has successfully preserved that allure.

The first season covered most of the main narrative arc in the comics but left out a lot of the background lore about where the keys came from, who made them, and who (or what) the shapeshifting character Dodge really is. Those questions were at least partially answered throughout S2. Dodge was a demon from beyond the black door who sought to forge a new magical Demon Key out of a remnant of Whispering Iron, then use it to build a demon army out of the townsfolk. The Locke family and their allies defeated Dodge in the season finale, although there’s a brief glimpse of Dodge in their original female form in the teaser, suggesting they might be back in some form.

The second season also included flashbacks to the American Revolutionary War and the conflict between the Locke family and a British general named Frederick Gideon (Kevin Durand), revealing how the magic keys were made—and why they have such a strong connection to Locke descendants. The flashback material was partially drawn from Clockworks and featured heavily in the first arc of World War Key, a new Locke and Key comics release that serves as both a prequel and sequel to the original run.

The third season will complete the planned trilogy as the Locke siblings face their greatest adversary yet: General Gideon, whose demon-possessed “echo” was resurrected from the well just like Dodge. He’s now in possession of the Anywhere Key, and he’s got a long-standing grudge against the Locke family. He’ll also be much harder to defeat, even if the Locke kids manage to get all their keys back. Chances are we’ll see at least one new key in play as the series wraps.