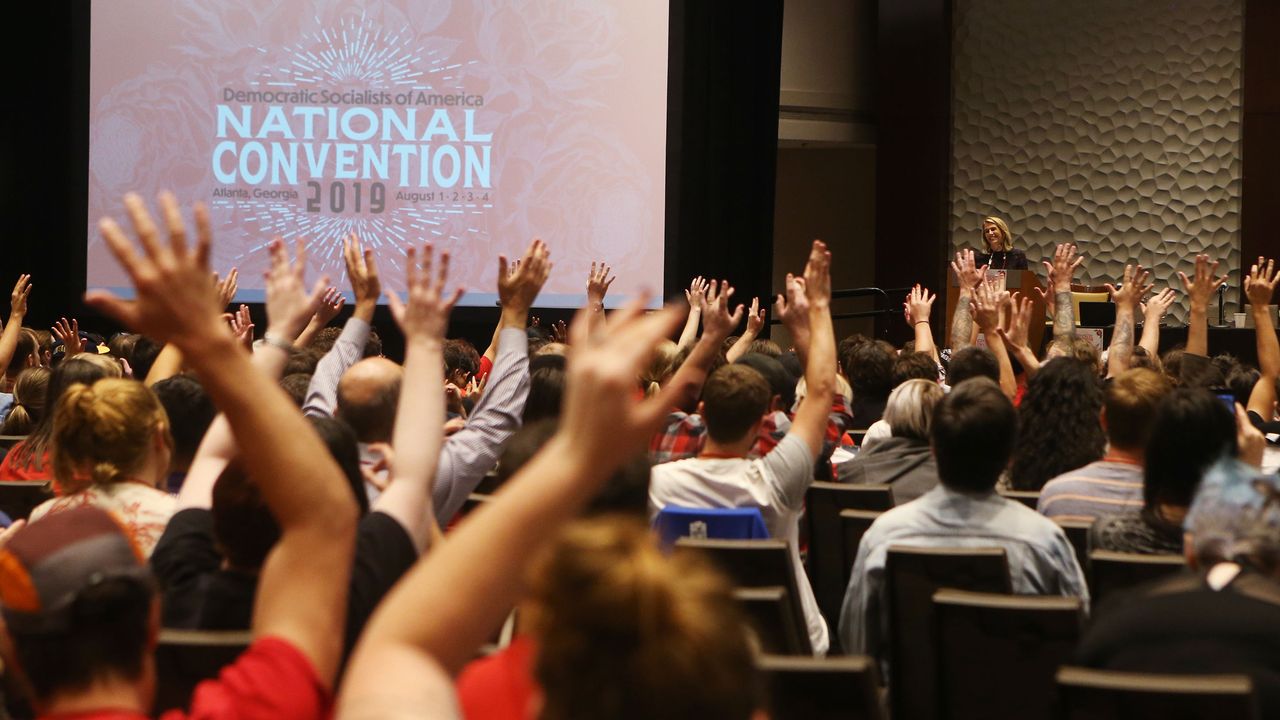 Dual members of Socialist Alternative and DSA condemn the decision of the National Political Committee (NPC) to dissolve the BDS (Boycott, Divestment, Sanctions) and Palestine Solidarity working group. The NPC should immediately reverse this decision.

Members of the BDS working group came into sharp conflict with the national leadership of DSA after the NPC chose not to expel or censure DSA member and DSA-endorsed congressperson Jamaal Bowman for voting in favor of increased funding for the Israeli military. In addition to the working group, dozens of chapters voted to dissent from the NPC’s decision over the following months. As the biggest socialist organization in the U.S. in decades, DSA’s position on the occupation of Palestine has a real significance. A formal debate between the NPC and the BDS working group should have been organized to discuss the issues in an organized way. Instead, the NPC majority chose a bureaucratic maneuver in an attempt to shut down debate.

DSA has played an important role in the rebuilding of the left in the past several years. Because it’s a multi-tendency organization, DSA has been a place where different approaches could be tested. However, this heavy-handed action taken against the BDS working group by the NPC majority suggests that they are not interested in building a multi-tendency organization in practice, but are concerned more with ensuring that reformist ideas of getting along with the Democratic establishment are dominant in DSA.

We completely oppose the leadership using its power to bureaucratically stifle debate and sideline members with political differences. It’s a positive development that members of the NPC minority have publicly spoken out. Minority statements are typically banned in DSA, and this denies the broader organization insights into the important questions being weighed up by their elected leadership.

Jamaal Bowman’s vote in favor of increasing Iron Dome funding for the Israeli apartheid regime, as well as Alexandria Ocasio Cortez’ vote of “present” on Iron Dome correctly generated major debate as well as outrage within DSA. Bowman’s and AOC’s votes should have been the subject of structured discussions in every DSA chapter on working class internationalism and the accountability of DSA-backed elected representatives. These discussions should have led to meaningful changes in DSA’s approach to elected office, with a far higher bar for organizational support. It is a crucial role of the leadership in a socialist organization to organize democratic discussion and debate when controversial issues arise, not skirt around it.

The crisis that has erupted in DSA due to the NPC majority’s action is a symptom of a broader decline in DSA. The roots of this decline are to be found in the move to the right of DSA-backed elected officials including Alexandria Ocasio-Cortez, Jamaal Bowman, other members of the Squad, and Bernie Sanders, and the refusal of DSA leadership to forge a political approach based on working class struggle, independent of the Democratic Party. The organizational manifestation of this rightward political drift has looked like stagnating growth, very low levels of activity of most members, and now organizational maneuvers to limit full democratic debate.

Many DSA members were politicized by Bernie Sanders’ presidential campaigns, and inspired by AOC’s 2018 congressional victory, running on a program of a federal $15 minimum wage, Medicare-for-All, and a Green New Deal. Tragically for working class people, Bernie Sanders and the Squad have set that program aside to join an alliance with Joe Biden and argue for his watered-down program, an effort that has not won a single victory. With the midterm elections approaching, the door is open for the right wing Republicans to make big gains as the only major force criticizing the Democrats.

Jamaal Bowman’s vote for Iron Dome, and AOC’s failure to vote against, is the logical result of the Squad’s joining an alliance with Joe Biden and the Democratic establishment. Simply put, particularly Bowman, but also AOC have abandoned working class politics, and they have abandoned the principle of working class internationalism. They have succumbed to the enormous pressures of trying to operate within a system of government and within a party that is made for the capitalist ruling class, instead of basing themselves on the working class through organizing and movement building.

With the NPC using bureaucratic means to squash dissent around their weak and depoliticized response to the Bowman Affair, DSA leadership is effectively covering for what is a massive breach of principled socialist ideas, the non-negotiable requirement of international working class solidarity. This is all the more crucial as the Russian invasion of Ukraine has stoked, at least in the short term, substantial support in the U.S. for increasing steps toward military intervention and support for the right-populist Zelensky regime. As socialists, we unconditionally oppose Putin’s invasion, we express our solidarity with the Ukrainian working class, and we defend the right of the Ukrainian people to have their own state. We also oppose U.S. imperialism and NATO which played key roles in pushing the situation in Ukraine toward conflict. We have commented on the serious mistake that AOC made by signing onto a bipartisan letter which is devoid of any anti-war statement, and leaves the door open to direct U.S. military involvement in Ukraine, which could lead to the apocalypse of nuclear war.

Over recent years, broad sections of the U.S. working class have moved decisively to the left and even caused a crisis for the ruling class during the George Floyd uprising. What has been missing from the situation is the emergence of working class leadership that is independent of the Democratic Party and committed to a class struggle approach. Bernie Sanders, AOC and the Squad have capitulated to the Democratic establishment and, as things currently stand, will not only not lead working class struggle, but will continue to disappoint working class activists by failing to take the fight directly to the oppressive billionaire class both at home and abroad. If an alternative is not urgently built, the right and far right will continue to grow.

With the U.S. working class beginning to move on the industrial plane, in Striketober and now in organizing Starbucks and other private sector employers, now is not the time for socialists to become disillusioned and drop away from politics. One of the biggest dangers with DSA’s decline is that tens of thousands of well-meaning DSA members see DSA moving to the right, become disillusioned with the socialist movement as a whole, and become politically inactive.

In this challenging time for the left both in the U.S. and internationally, we need comradely discussion and debate about the way forward, not bureaucratic silencing by leaders. We stand with all DSA members who oppose the recent decision of the NPC, and look forward to continuing to work in solidarity with all those who agree on the need to build a strong socialist movement based on class struggle and independence from the capitalist Democratic Party.