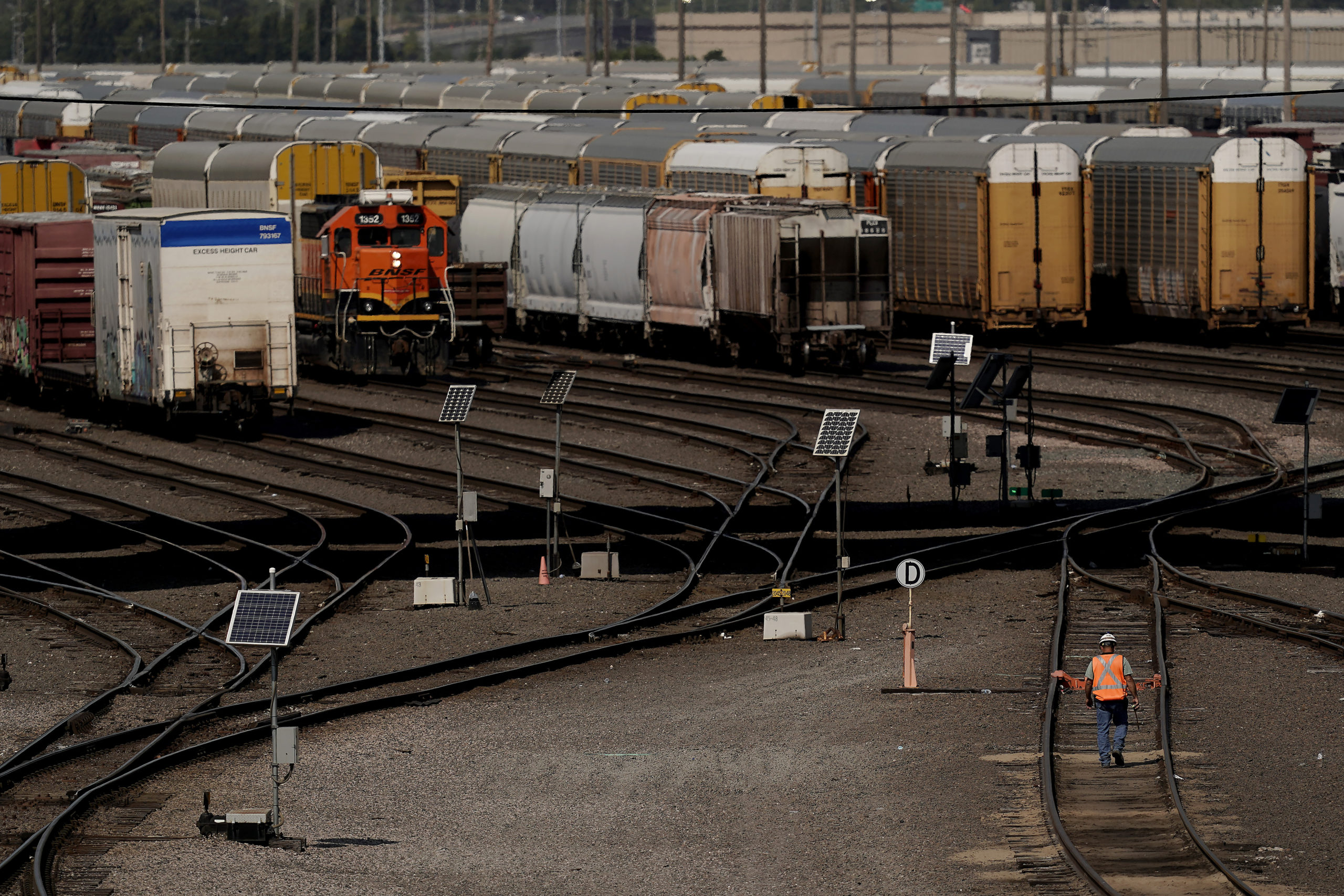 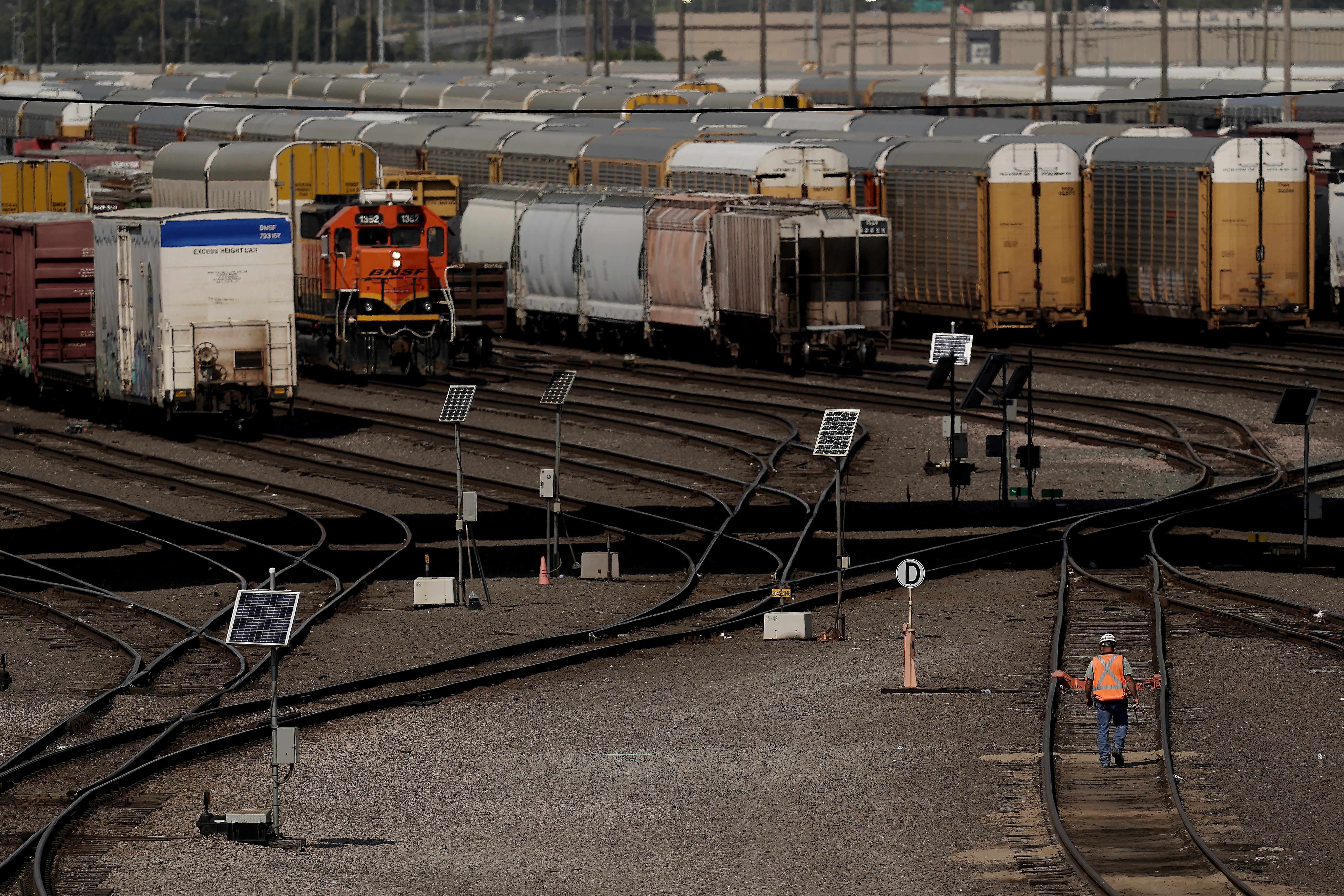 Fears of a disruptive rail strike are roaring back to life, less than a month after President Joe Biden took a highly visible victory lap for averting a pre-election economic meltdown.

No strike will happen before the end of the so-called cooling-off period in late November — after the midterm elections — and negotiations are continuing between the freight railroad industry and a dozen unions. But one labor organization’s vote this week to reject a White House-brokered compromise is fostering new dangers of a work stoppage that would halt 40 percent of the nation’s freight traffic — imperiling Americans’ food, drinking water and electricity supplies as well as the holiday shopping season.

The strike threat is yet another burden for an economy weighed down by inflation and fears of a recession. It’s also a sign that the Sept. 15 deal, which Biden praised in a Rose Garden celebration as “a win for tens of thousands of rail workers,” has not cooled some employees’ anger over what they say are onerous, punishing and even inhumane working conditions.

The most recent union to reject the proposed contract language is the Brotherhood of Maintenance of Way Employes, the nation’s third-largest rail union, which announced Monday that its members had voted down the deal. Just one of the dozen unions covered by the proposed contract can trigger a strike, because none of the others would cross a picket line.

For consumers, the result would be empty shelves and delayed shipments during the time of year they rely on them most. Passenger rail systems around the country, including many Amtrak routes, were also gearing up to shut down before negotiations prodded by the Biden administration yielded a tentative deal in mid-September.

“It is a trade union principle that if a railroad union goes on strike, other railroad unions honor that strike,” said Peter Kennedy, who directs strategic coordination and research at BMWE. And at this point, reaching a new tentative agreement seems “dubious at best.”

Others involved in the situation were more cautious, at least publicly.

“One union’s rejection … does not mean we face an immediate rail shutdown,” White House press secretary Karine Jean-Pierre said at Tuesday’s briefing. “We stand ready to assist at any time,” she said, but added that “this is not unusual.”

Congress retains the ability to intervene if a strike appears imminent — in which case, lawmakers could impose the management-embraced recommendations of a presidentially appointed emergency board that weighed in on the dispute earlier this year.

The sticking point continues to be not pay, but benefits — amid complaints from railroad workers that the freight industry’s drive to cut costs is ruining employees’ quality of life through unpredictable scheduling and unrealistic attendance policies.

The first round of tentative agreements included just one additional paid day off for workers, when unions had initially pushed for five. The presidentially appointed emergency board’s recommendations did not address the quality-of-life issues.

“The number one issue for all of the unions has been time off,” said Arthur Wheaton, a Cornell University labor professor and former AFSCME union official, adding that “that policy was only very minorly tweaked” under the deal reached last month. Even after railroads offered some concessions, “there’s still a very restrictive attendance policy.”

There’s little indication that could change. The International Association of Machinists and Aerospace Workers’ District Lodge 19, which voted down its tentative agreement before the White House-brokered deal, has already produced a new proposal. Yet none of the changes touch on time off.

“We’ve seen no willingness on the part of the railroads to go beyond” the recommendations of the presidential board, Kennedy said. “And our members are screaming, ‘Hey, we need paid sick days.’”

Four unions have voted to ratify so far.

“At this point, we’ve had more [unions] ratify than did not ratify,” said Greg Regan, who heads the AFL-CIO’s Transportation Trades Department. While “there’s certainly a number of workers who are just very angry … others certainly are not 100 percent thrilled, but are satisfied.”

But results from six others are still pending — including two of the holdouts that kept negotiators at the Labor Department overnight last month — and some people familiar with the conversations predict that results like BMWE’s vote will make it more difficult for the leaders of those to sell the contract to their members.

“It’s not a good thing when one union fails to ratify a contract that’s part of a larger pattern and calls out an issue that is a very big issue for two other unions that have not yet ratified,” former Deputy Labor Secretary Seth Harris said. He added that leaders of the Sheet Metal, Air, Rail and Transportation Workers-Transportation Division and Brotherhood of Locomotive Engineers and Trainmen — two of the unions that were last to reach tentative agreements — “will have some more explaining to do.”

The rail carriers involved estimate that a strike could cost the U.S. more than $2 billion a day — and do so just as inflation begins to taper off. Any work stoppage would touch on nearly every facet of American life, risking empty grocery-store shelves, starving livestock, coal-less power plants and drinking water plants without crucial chemicals for eradicating contaminants.

"Even this threat of an upcoming strike is enough to really hurt Democrats at the polls for now — because everybody thought this was done. They thought it was over," said Wheaton, the Cornell professor. The White House "made a good showing of saying, ‘Yeah, look, we solved this problem. We fixed this.’" But "no, they just pushed the can down the road a little bit."

Nick Niedzwiadek contributed to this report.