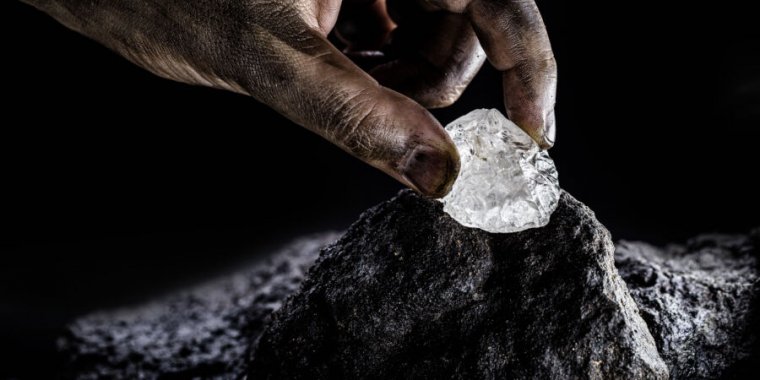 “Elephant in the room”: Clean energy’s need for unsustainable minerals

Earth Day was April 22, and its usual message—take care of our planet—has been given added urgency by the challenges highlighted in the latest IPCC report. This year, Ars is taking a look at the technologies we normally cover, from cars to chipmaking, and finding out how we can boost their sustainability and minimize their climate impact.

In South America’s Atacama Desert, salt flats are dotted with shallow, turquoise-colored lithium brine pools. In the Democratic Republic of Congo, children chip at the ground for cobalt. In China, toxic chemicals leach neodymium from the earth.

This is the energy mineral rush. People around the world are scrambling, drilling, drying, and sifting to get at a range of metals needed for our energy transition. Renewable energy technologies are central to the fight against climate change, but they’re heavily reliant on minerals—naturally occurring, solid materials made from one or more elements. But extracting and refining them presents humanitarian, environmental, and logistical challenges.

Different technologies require partly overlapping materials. Lithium, nickel, and cobalt are critical to energy storage used in electric vehicles and grid systems, and rare earth elements like neodymium are needed for the permanent magnets used in wind turbines and electric vehicle motors. Meanwhile, copper is a “cornerstone” for electricity-based tech, according to a report last year by the International Energy Agency (IEA).

The report found that to achieve net-zero carbon emissions by 2050, overall mineral requirements would need to increase six-fold. In that scenario, the demand for lithium would rise by 90 percent. But those minerals have to come from somewhere, and that often involves harmful sourcing, increased greenhouse gas emissions, and limits on the mineral supply.

This doesn’t mean the clean energy transition isn’t clean or possible. It is, and these challenges do not justify the ongoing, unchecked use of fossil fuels. It does mean, however, that obstacles now and on the horizon need to be addressed to get the most out of the transition.

Renewable energy comes from finite resources, at least in terms of what’s available on Earth, though resource extraction from space is an increasingly common discussion. Assuming we won’t be playing out The Expanse any time soon, something has to be done about the mineral bottlenecks expected for renewable energy development.

Supply of lithium and cobalt will be in surplus in the near term, but others, like neodymium and battery-grade nickel, could see shortages as demand rises. In a sustainable, climate-change-limiting scenario, unchecked risks in mineral supply could slow energy transitions, the IEA report said.

In the Atacama Desert, for example, lithium mining has tripled in the last decade, said Javiera Barandiarán, an associate professor of Global Studies at the University of California, Santa Barbara. “We need to continuously tell people this is a non-renewable resource, and it will run out,” she said. “The more quickly we extract it, the more quickly it will run out by a factor that we don’t know.”

“There’s a big elephant in the room in terms of the associated demand for minerals and metals specifically,” said Marco Raugei, senior lecturer and research fellow at Oxford Brookes University in the UK. Rare earth elements like neodymium aren’t actually that rare, as they exist in high concentrations in Earth’s crust, he said. But many high-grade ore deposits are already being exploited, and extracting them from lower-grade ore deposits is extremely costly, more energy intensive, and environmentally harmful.

One strategy to deal with this problem is to move to a more circular economy, he said. This might be a system in which elements only need to be extracted once and then get recycled at the end of their life, Raugei said. The circular economy basically means wasting as little as possible and still making a profit. Lithium-ion batteries, for example, contain multiple valuable minerals like lithium, cobalt, and nickel. “This obviously reduces the pressure on the extractive industry because you can keep using the same assets,” he said.

Still, the circular economy has its own issues and must go beyond supply and demand. “You will never recycle 100 percent of the material,” said Andrzej Kraslawski, an author of the study and professor of systems engineering at Lappeenranta-Lahti University of Technology in Finland. He also noted that the growing demand for these metals and their long-lasting nature means attaining these metals will always involve mining. “[Recycling] can delay some critical moments, but it does not mean that we would be able to avoid problems—very serious problems—in 20 years or 30 years from now.”

Barandiarán pointed out that it’s essential to ensure that batteries are recycled locally and not shipped overseas or even to other regions within the US. For example, lead-acid battery recycling has been successful on paper, she said, but it either gets outsourced to Mexico or is poorly regulated, as seen in a site in Los Angeles that polluted a primarily Latino neighborhood. “We have many parts of the country that bear the environmental burdens of the rest of us,” she said. “Those areas tend to be areas where Black, brown, Hispanic, people of color live, so we have a major problem with environmental racism, which is beginning to be addressed.”

Assuming that a recycling-focused economy addresses these concerns, the benefits still have some potential to increase supply while reducing associated emissions from mineral development.