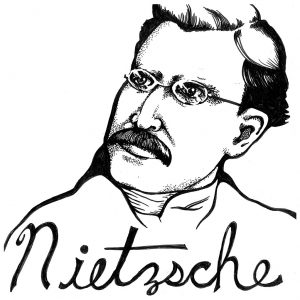 Subscribe to get Parts 1 and 2 ad-free, plus a supporter exclusive Part 3, which you can preview.

Continuing from part one on “On the Uses and Disadvantages of History for Life” (1874), we get into the antiquarian use of history and the critical approach to history and Nietzsche’s humanistic goals in his essay.

One surprising notion that Nietzsche throws in is that even though we have described him in the past as a defender of human instincts, here he describes our human nature as something culturally acquired. When we criticize history, we’re trying to create a “second nature” in ourselves, to create new habits instead of just following tradition. Nietzsche tells us that even though this is difficult, all “first natures” (what we take to be natural and instinctual) were always second natures to start with. Trying to “get back to nature” can’t just mean throwing off old strictures, because then you’ll just be aimless and lazy. It needs to be an act of creation. This clearly reflects Nietzsche’s concern in his later writings that, for instance, in throwing off traditional religion (which of course we should do), we might then become nihilists, believing in (and motivated by) nothing.

Another point made is that history is necessarily constructionist to some degree. One can reinterpret history so as to be inspired by different events. But figuring out the limits of this is interesting: Just as you can’t arbitrarily create values to declare various things great according to your whims, you can’t just arbitrarily declare that what was considered great is now mundane and vice versa. Part of Nietzsche’s project to help us reinvent ourselves is to reinvent how we take history as the foundation of ourselves.

The two “solutions” Nietzsche provides (well, refers to; there’s not much explanation of how these would work in practice) are being “unhistorical,” which means just being in the moment and not so self-conscious about one’s relation to history; and being “suprahistorical,” which is seeing through history to find perennial truths.

The second half of this part of the discussion is devoted to answering audience questions, both about this reading and more generally. We compare Nietzsche to Heidegger (note that Heidegger taught a semester-length course on this essay!), think about what Nietzsche would say about social justice critiques of history. We try to recall our past treatment of Emerson. Do we look like what you expected us to look like? Should we do more of these videos.

Next episode: We’ll read three classic papers on abortion: “A Defense of Abortion” (1971) by Judith Jarvis Thompson, “On the Moral and Legal Status of Abortion” by Mary Anne Warren (1973), and “Why Abortion is Immoral” by Don Marquis (1989).