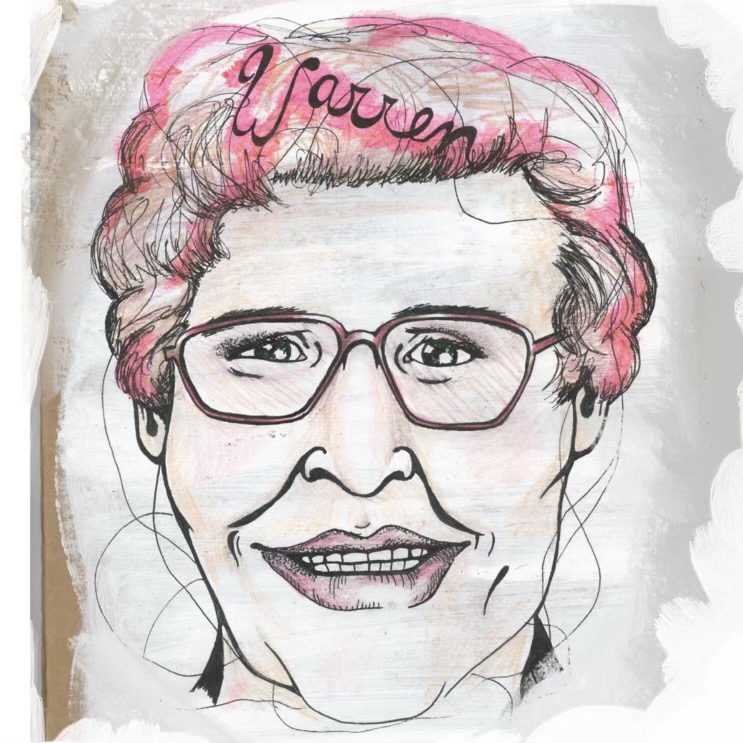 Subscribe to get all three parts of this episode ad free, plus a supporter exclusive Nightcap discussion about representation in discussions like this (i.e. are only women qualified to talk about the morality of abortion?), which you can preview.

Jenny Hansen joins us for our final part of this discussion, covering “On the Moral and Legal Status of Abortion” by Mary Anne Warren (1973) and returning in parts to “A Defense of Abortion” (1971) by Judith Jarvis Thomson to allow Jenny to weigh in on the points we made in parts one and two. She also talks a bit about the Planned Parenthood v. Casey 1992 case that changed the framework for viability from Roe and established that states can only regulate abortion to the extent that it doesn’t place an “undue burden” on women seeking abortions. (According to Jenny, this actually created more potential burdens for pregnant women.)

Sponsor: Get 10% off a month of therapy at BetterHelp.com/partially.

Warren focuses on the moral personhood of the fetus (as opposed to being merely genetically human, which purportedly a lump of cancer cells are too, and we don’t consider that worth protecting). She defines moral personhood using a set of psychological criteria: We value people because of their consciousness, reasoning, self-motivated activity, capacity to communicate, and self-awareness. Now, there may be borderline cases where someone doesn’t have all of these, and we may argue about whether these cases count, but Warren claims that a fetus has zero of these, and so is clearly not a person, and so not worthy of moral protection.

Warren claims (in a 1982 postscript) that newborns lack personhood too, but it’s still always wrong to kill them in this age where if the mother doesn’t want a newborn, someone else will. So newborns are, on Warren’s view, not persons, but morally protected anyway. This might make us question whether personhood really is the primary criteria for moral protection. Certainly a being a full person is sufficient for protection, but is it necessary? Moral personhood is as much about agency as anything else; it’s not about who’s worthy of moral protection, but of why we hold responsible morally for their actions. Those are the members of our moral community, in the sense that we are all the group who might be conceived as having assented to a universal social contract. We’re the ones bound by Kantian self-regulation considerations and/or who are negotiators (a la Habermas) about what moral rules we all should collectively follow. To be a person is to be a moral agent, but is our agency really our source of moral value, such that infants who lack agency are only valuable due to their relation to agents, or are infants in fact the paradigm case of valuable human life in a way that this personhood argument (and also, really, Marquis’ argument about “having a future like ours”) fails to account for?

Jenny describes personhood as relevant to many other current moral issues, such as immigration. For more on this, listen go our interview with Judith Butler about “grievable lives.” These other cases are not particularly salient to Warren’s personhood discussion, because refugees and such, as humans over the age of one, have all the personhood criteria, so the issue is not whether they should be classified as persons, but whether now that we’ve (of course) classified them this way, we actually live up to the moral responsibilities that entails. This actually gets us more into Thomson’s area about what positive duties we have to help people in need.

We’re adding a third week of release to this episode, both because we really needed this third part to get through the readings we selected, but moreso because Jenny had COVID and missed our initial discussion (parts one and two), and we didn’t want to just put her participation behind our paywall. You supporters get an extended version of this episode, as Jenny weighed in at the end on our whole “is it necessary for us to have representative of X group on an episode relevant to that group?” question at the end of this. On the next Nightcap, you’ll also hear us hosts systematically explore this issue.

Of course in this episode, even though we’ve now gotten some female representation here, we don’t have any Catholic or otherwise anti-abortion representation among our panelists. For you pro-life listeners, does that make this whole three-part episode biased or otherwise unhelpful? Is it sufficient for us to merely report the arguments of people like Marquis (and should we have spent more time on Noonan?), or do we (by your judgment) actually need more of a debate format with one party who holds the “conservative” view here?