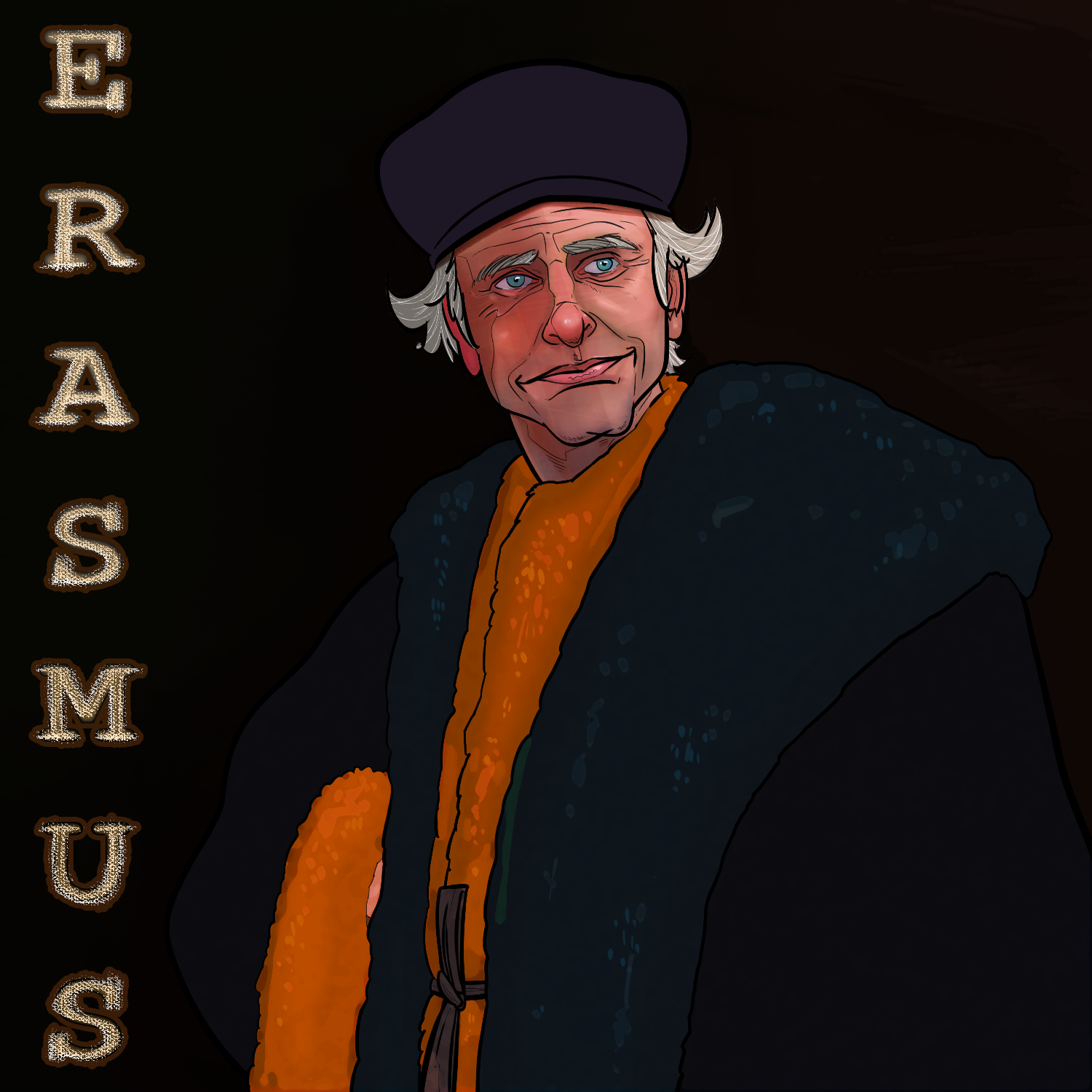 Subscribe to get parts 1 and 2 of this now, ad-free.

On Desiderius Erasmus’ The Praise of Folly (1509), featuring Mark, Wes, Dylan, and Nathan Gilmour from the Christian Humanist podcast.

Does foolishness enhance life? The Dutch Renaissance Catholic theologian known for his disputes with Martin Luther criticized the church from the inside, using gentle satire that targeted everyone, including intellectuals like himself.

The book is a piece of rhetoric, a speech purportedly delivered by the goddess Folly herself, where she points out how ubiquitous foolishness is and how it actually helps us all live better lives. So what is the actual critique? The obvious point is that we should not take ourselves too seriously, and this is grounded in an epistemic humility based on how much greater God and His Understanding are than all of us foolish mortals. Erasmus argued against the tendency of the theologians of his day (the “Schoolmen”) to confidently lay out knowledge of obscure metaphysical matters, when (according to Erasmus) Jesus’ apostles themselves wouldn’t have been able to understand what’s actually being disputed. This prefigures philosophers like Kant who argued that true metaphysical knowledge is beyond human capacities.

But Erasmus was also talking more generally about the over-emphasis on Reason among philosophers following Plato and Aristotle, who thought that contemplation is the thing that distinguishes us from animals and brings us closer to the divine. Erasmus’ main target is grouchy Stoic philosophers who seek to purge our emotions and make us beings of pure Reason. This is not only impossible, but the effort saps our motivation to do anything and makes us unpleasant to be around. So devoting your life to seeking perfect reasonableness not only doesn’t save one from foolishness, but it is itself very foolish.

Such a Stoic shuns, for instance, sexuality, but this is of course the source of our existence. And to engage in sexual activity involves a lot of foolish behavior, both in the animality of the act itself and in all the romantic gestures that lead up to it and the compromises involved in being in a marriage. Erasmus was extremely sexist, and pretty much thought that all women were inherently silly, but that this was a blessing for men to be around, a welcome relief from all that serious men’s work of various sorts. Likewise, Erasmus points at the foolishness of childhood and the relief that old age provides in making us childlike once again.

This could just be an Aristotelian kind of critique of excess. Of course Erasmus actually thinks reason and control of one’s urges is good, just we need moderation to be well-rounded and healthy. It’s also a proto-Nietzschean critique of the excessive will to truth. Erasmus says that flattery, including flattery of ourselves, is despite being false typically necessary to live with harmony and enough self-esteem to get out and accomplish things in the world.

A related episode is our recent one about Ficino, another Renaissance humanist, on Plato’s Symposium. There are some points made here about madness directly out of Plato’s Phaedrus. and I also bring up Montaigne’s skepticism and Ricoeur on the “second naiveté.” Hear Nathan’s previous appearance on PEL talking about faith.

Buy the translation by Radice that we read or read some version online.