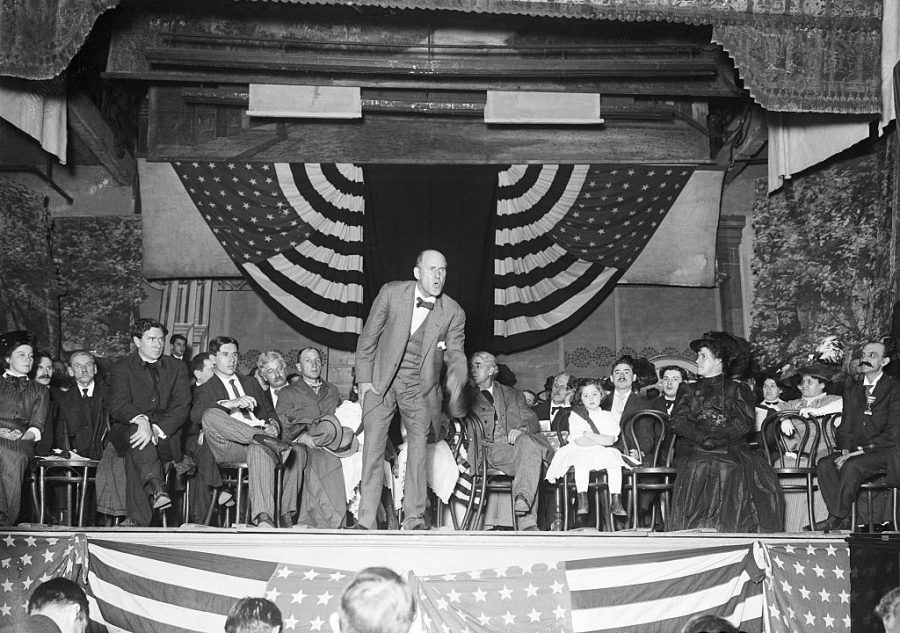 This Memorial Day, we should rededicate ourselves to fighting the horrors of war. So here’s a 1916 Eugene Debs piece, never before republished, about why internationalism is at the heart of socialist politics.

In 1916, with World War I raging, socialist leader Eugene V. Debs wrote a short piece condemning the nationalism that had thrown soldiers into trench warfare and machine-gun slaughter.

Debs’s article appeared in the January 1916 issue of the National Rip-Saw, a mass-circulation socialist newspaper based in St Louis. The United States still hadn’t entered the war, and Debs wanted to keep it that way. He reminded his US comrades of their duty to oppose the conflict — the fetid fruit of the ruling class — and excoriated the many European socialists who had fallen in line behind their nations’ leaders.

“True socialists,” Debs wrote, “cannot at the same time be nationalists, militarists and capitalist ‘patriots.’ . . . The self-called socialists who are nationalists first and who set the ‘fatherland’ of their masters above the whole earth and above all the workers of the world are not socialists at all but either mild and harmless capitalist reformers and stool pigeons or traitors to the cause.”

Strong words. But this Memorial Day, it’s a reminder that the best way to honor those killed in war is to fight the ruling-class forces that repeatedly send soldiers off to die.

If the principles of socialism have not international application and if the socialist movement is not an international movement then its whole philosophy is false and the movement has no reason for existence.

Karl Marx, founder of the modern socialist movement, based his whole theory upon the internationality of the working class and called upon the workers of all countries to unite in the struggle for their emancipation.

Before the war broke out in Europe there was no question about the international character of the socialist movement, but when the tocsin sounded, international obligation was swept away, or forgotten, and in the frenzy aroused by the military clackers, thousands of socialist party members became the intensest of nationalists and “patriots,” utterly denying their international principles and obligations and turning traitors to the movement to which they had solemnly pledged their honor and their lives.

If the international socialist movement is to be organized on a bedrock foundation, if it is to endure in the future, instead of collapsing as in the past; if, in a word, it is to give expression and direction to the social revolution, it can only be by a rigid observance of the fundamental principles of internationalism and upon the sound basis of the class struggle.

True socialists cannot at the same time be nationalists, militarists, and capitalist “patriots.” They are either one or the other; they cannot be both. The self-called socialists who are nationalists first and who set the “fatherland” of their masters above the whole earth and above all the workers of the world are not socialists at all but either mild and harmless capitalist reformers and stool pigeons or traitors to the cause.

THE SOCIALIST MOVEMENT IF IT STANDS AT ALL MUST STAND UNFLINCHINGLY AND UNCOMPROMISINGLY FOR SOCIALIST INTERNATIONALISM VERSUS CAPITALIST NATIONALISM!

We must get rid of nationalism, militarism, and the kind of “patriotism” which is responsible for the socialists of Europe now drenching the soil of the “fatherland” of their masters with the blood of comrades, and we must beware lest nationalism get a foothold in the party here in the United States, for as certain as it does, the party will go the way of the socialist parties of the old world which have been all but destroyed by its vicious and disrupting influence.