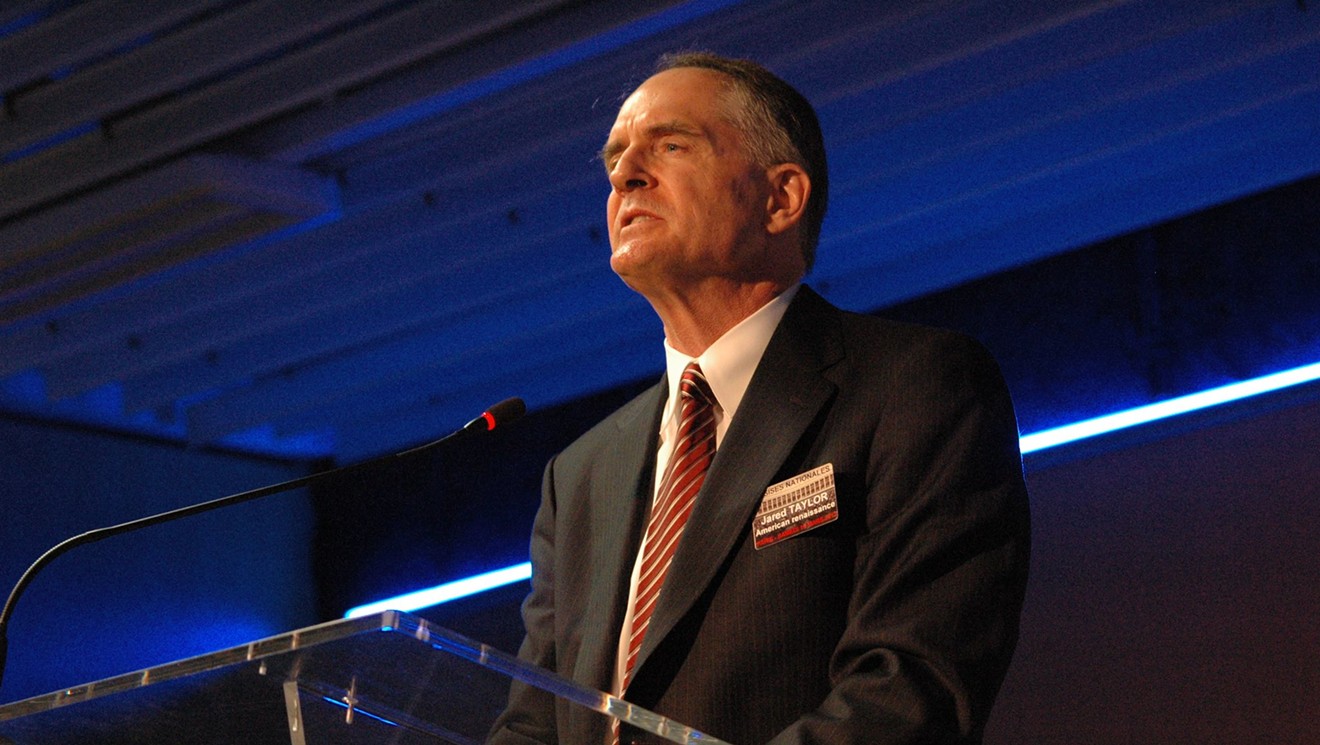 Well-known extremist and self-proclaimed “white advocate” Jared Taylor is coming to the Valley next week to speak at Arizona State University.

The name of his upcoming lecture? “If We Do Nothing: A Defense of White Identity Politics.”

Taylor — dubbed the “Academic Racist” by the Anti-Defamation League and a white nationalist by the Southern Poverty Law Center — is the founder of  American Renaissance, a blatantly racist and influential website. He’s scheduled to speak on Friday, September 2.

Taylor and his website have proclaimed “that whites, like all racial groups, have legitimate interests that must be defended,” but they don’t claim the label of white supremacists. However, many of the publication’s recent blog posts — including “The Consistency of Black Misbehavior: Who Can Deny It?” and “Multiculturalism Doesn’t Work” — call that into question. Taylor did not respond to an inquiry from Phoenix New Times on Tuesday

“ASU permits registered student organizations to host guest speakers and use university facilities for student events. The presence of an invited speaker on campus does not in any way imply university endorsement,” Thorne said in a statement to New Times.

When Taylor visited Texas A&M University in 2012, he claimed in advertising for his speech that there were “ongoing efforts to displace white Texans at the university,” according to an ADL blog post from the time. That event, too, sparked outcry.

This time around, Taylor is being hosted by conservative student group College Republicans United. The organization is a splinter group from more moderate conservative ones at the university. It has a history of bringing in polarizing — and often extremist — figures to speak on the campus. In January 2021, CRU hosted Vincent James Foxx, a vlogger associated with white nationalists and other hate groups.

College Republicans United is no stranger to controversy. In 2019, New Times published leaked chats among students in the group, which included messages that advocated for a “eugenics policy.” Before that, the group’s founder, Rick Thomas, sparked criticism on campus for his comments calling for Muslim people to be deported.

More recently, CRU actively fundraised for Kyle Rittenhouse, who was acquitted of charges relating to his shooting three men and killing two in Kenosha, Wisconsin, during civil unrest in August 2020. Rittenhouse briefly hoped to attend ASU.

The current chairman for CRU, Ren Ramsey, did not reply to an email from New Times seeking further comment. 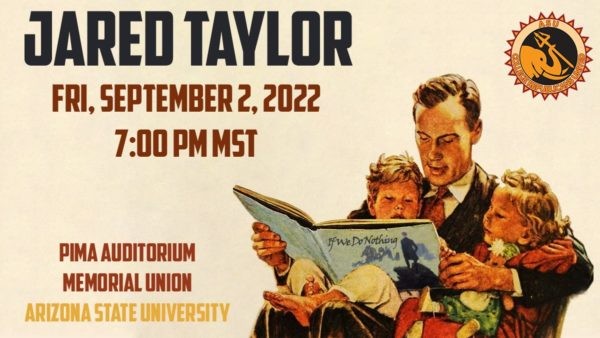 The flyer for the event hosting Jared Taylor.

‘Whites Will be a Despised Minority’

Taylor announced his September event at ASU in a blog post on his website with little further information about the subject of his lecture. The speech’s title — “If We Do Nothing — is an apparent reference to a 1996 essay by Taylor of the same name.

“What we are witnessing is one of the great tragedies of human history,” he writes in the essay, using “great replacement theory” rhetoric, which alleges that white people must prevent demographic change and is common in white supremacist circles. “If we do nothing, the nation we leave to our children and grandchildren will be a desolated, third-world failure, in which whites will be a despised minority.”

Tickets were initially available for purchase on Eventbrite, but the online ticketing platform removed the event and said it violated its terms of service, according to

The event has been reposted on another, more accommodating website. For now, tickets are still up for sale.