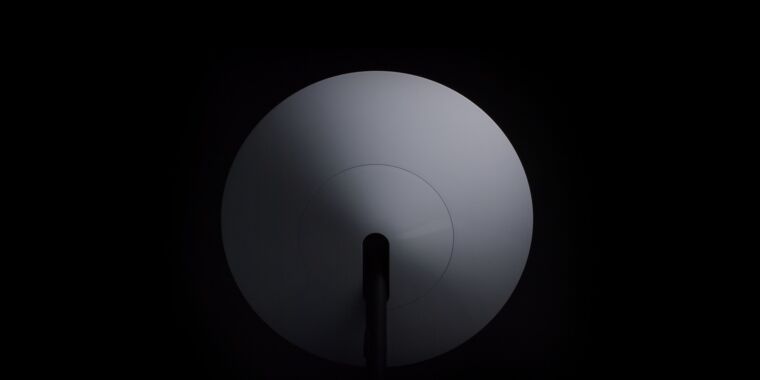 The Federal Communications Commission has received over 90,000 comments from Starlink users urging the agency to side with SpaceX in a spectrum battle against Dish Network. The comments were all submitted since last week when SpaceX asked Starlink customers to weigh in on an FCC proceeding that seeks public input on the “feasibility of allowing mobile services in the 12.2-12.7 GHz band while protecting incumbents from harmful interference.”

Dish wants to use the 12 GHz band for mobile service and says that sharing the spectrum wouldn’t significantly degrade satellite broadband. SpaceX says the plan would cause “harmful interference [to Starlink users] more than 77 percent of the time and total outage of service 74 percent of the time, rendering Starlink unusable for most Americans.” The satellite downlink band used by Starlink extends from 10.7 GHz to 12.7 GHz. SpaceX says it uses most of that but not the 10.7-10.95 GHz portion because it’s adjacent to radio astronomy systems.

The Starlink email was sent to users on June 28. There were a little over 200 comments in the 18-month-old proceeding’s docket at that time, mostly from satellite or telecom companies and lobbyist or advocacy groups.

Since then, the comments appear to come almost entirely from people submitting SpaceX’s pre-written message, in some cases unaltered and in others with the commenter’s opinions or personal experiences using Starlink added in. Many Starlink users told the FCC they live in rural parts of the US and have no other viable broadband options. It’s possible a single person can file multiple comments under different names, but it’s clear that the SpaceX plea resulted in an outpouring of support from people who use Starlink.

The pace of commenting hasn’t slowed down in recent days. PCMag reported on Tuesday that the “SpaceX petition protesting Dish Network has resulted in 70,000 Starlink users bombarding the FCC with messages urging the US regulator to protect the satellite Internet system.” There are now over 95,700 comments in the docket. The official comment period on the 12 GHz question came and went last year, but the agency hasn’t ruled on the proceeding yet.

SpaceX’s email to users directed them to a webpage titled, “Don’t Let Dish Disable Your Internet.” It contains a form for submitting comments with a pre-written message that says in part, “Allowing an entirely new use of this spectrum would significantly interfere with my broadband Internet connection, which I have come to rely on. The FCC should be focused on expanding connectivity to Americans, especially those without service or with poor service. It should not be focused on changing the rules to satisfy speculative and poorly defined technologies and individuals who have no clear plans to help close the digital divide.”

Whether SpaceX’s analysis is correct is a question that FCC staff will try to answer when they review all the data. Whatever the outcome, the large number of Starlink users who chose to add their own experiences to the pre-written comment help demonstrate the importance of SpaceX’s low Earth orbit satellites in parts of the country neglected by cable and fiber ISPs. Here’s a sampling of some of the comments that we found looking through the docket today:

It’s not clear how many people use Starlink in the US, but SpaceX says it has over 400,000 subscribers worldwide.