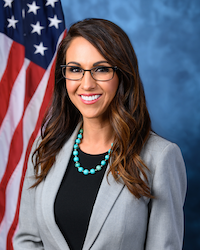 Nobody disputes that fentanyl is dangerous when misused and kills many Americans, but is it a “weapon of mass destruction,” exactly?

Fentanyl is a synthetic opioid so potent that an amount only the fraction the size of a penny is enough to kill. U.S. deaths from synthetic opioids, primarily comprising fentanyl, reached a record high 71,238 in 2021.

Most of the fentanyl entering the U.S. now comes in through Mexico, which recently replaced China as the primary country of import. One of Customs and Border Patrol’s Texas field offices seized 11 times as much fentanyl in the 2021 fiscal year as in 2020. Republicans who advocate tougher border security measures increasingly cite fentanyl as one of their main reasons.

The Countering Weapons of Mass Destruction Act of 2018 established a new office within the Department of Homeland Security dealing with WMD’s, a term which first gained popularity in the political vernacular beginning with the Iraq War in 2003. The office is primarily intended to focus on weapons such as those the military sought in that war, like large-scale explosives.

The Fentanyl is a WMD Act would require the Countering Weapons of Mass Destruction Office (CWMD) treat the synthetic opioid drug as a weapon of mass destruction.

It would not change anything about legal medical use of fentanyl. There are existing analogues here: botulinum toxin is classified as a weapon of mass destruction, but in its form of Botox, it is available in smaller doses for medical and cosmetic uses.

Supporters argue that calling fentanyl a WMD may sound outlandish, but the problem itself has become extreme enough that it demands extreme solutions.

“Back home in Colorado, almost everyone I talk to knows someone who has died from fentanyl,” Rep. Boebert said in a press release. “Fentanyl is America’s silent killer and is now the leading cause of death for Americans aged 18 to 45.” (That’s true.)

“National security experts know that the vast majority of deadly fentanyl plaguing our communities comes across the southern border. Just last year, Border Patrol encountered enough fentanyl at the border to kill every American seven times over,” Rep. Boebert continued. (That statistic is mostly true.) “There is no way around it — the Biden border crisis is killing Americans. It is time to call fentanyl what it is: a weapon of mass destruction that is destroying our nation.”

Opponents counter that while fentanyl is certainly extremely bad, it’s not exactly a weapon of mass destruction, at least not as traditionally defined.

Opponents may also counter that the idea has already been considered and rejected. In 2019, the Department of Homeland Security, under the Donald Trump administration, considered reclassifying fentanyl as a WMD. The news was broken by a leaked memo to the military-themed journalism publication Task & Purpose. However, it appears that DHS never followed up on the proposed plan, for reasons unclear.

The bill has attracted nine cosponsors, all Republicans. It awaits a potential vote in the House Homeland Security Committee.

Fentanyl is a WMD Act would classify the synthetic opioid drug as a weapon of mass destruction was originally published in GovTrack Insider on Medium, where people are continuing the conversation by highlighting and responding to this story.