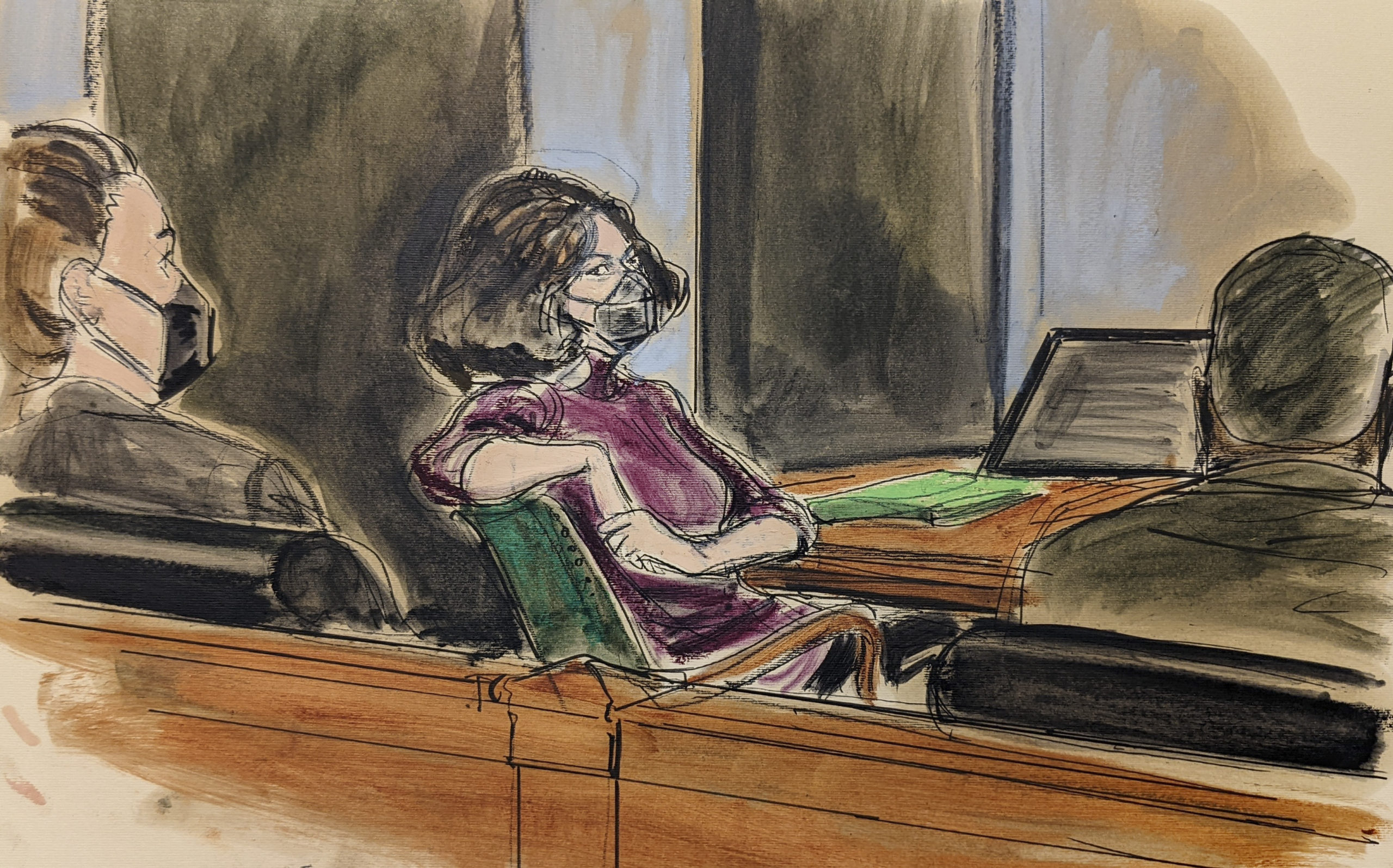 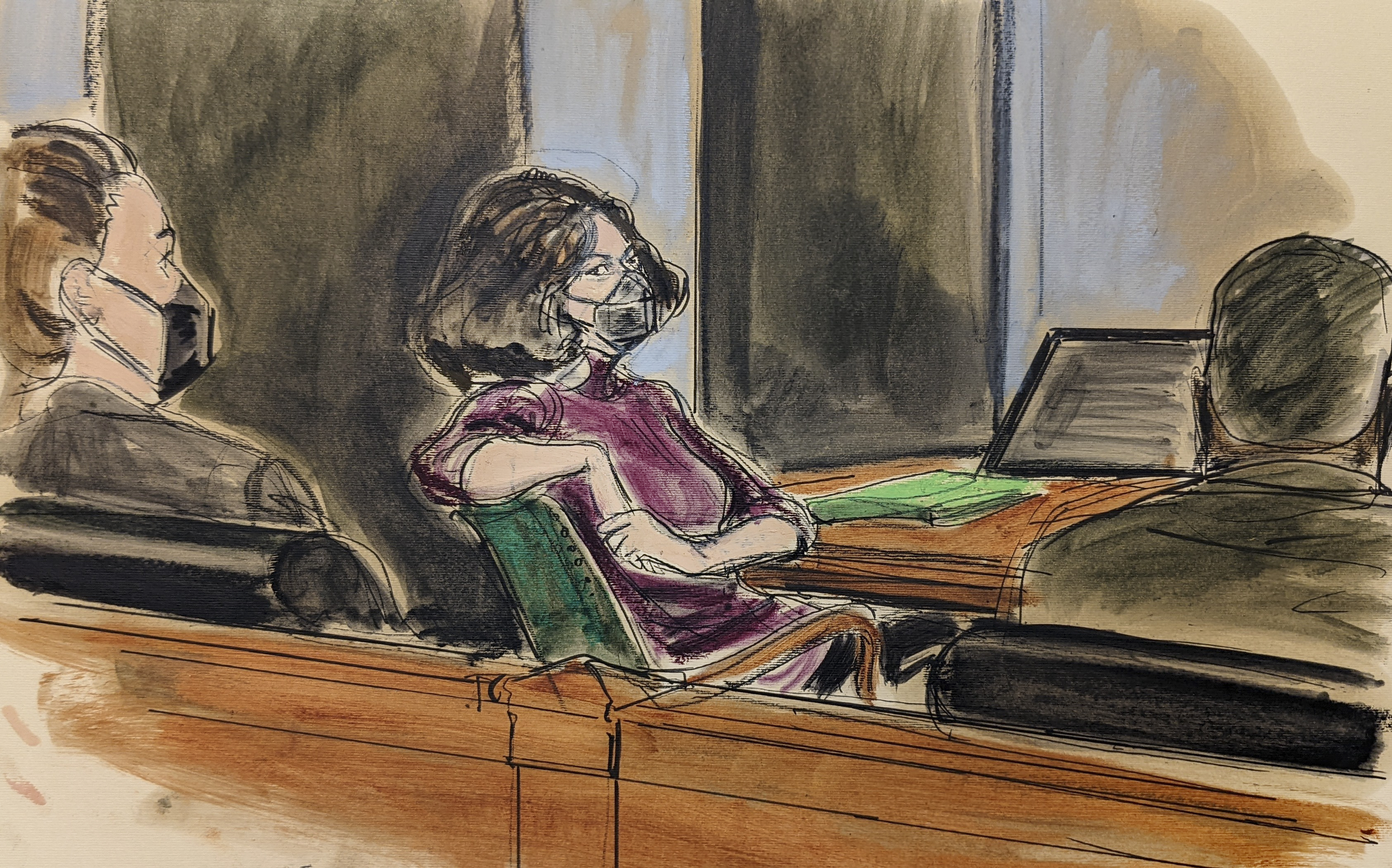 NEW YORK — Ghislaine Maxwell, the jet-setting socialite who once consorted with royals, presidents and billionaires, was sentenced to 20 years in prison Tuesday for helping the wealthy financier Jeffrey Epstein sexually abuse underage girls.

The stiff sentence was the punctuation mark on a trial that explored the sordid rituals of a predator power couple who courted the rich and famous as they lured vulnerable girls as young as 14, and then exploited them.

Prosecutors said Epstein, who killed himself in 2019 while awaiting trial, sexually abused children hundreds of times over more than a decade, and couldn’t have done so without the help of Maxwell, his longtime companion and onetime girlfriend. In December, a jury convicted Maxwell of sex trafficking, transporting a minor to participate in illegal sex acts and two conspiracy charges.

U.S. District Judge Alison J. Nathan, who also imposed a $750,000 fine, said “a very significant sentence is necessary” and that she wanted to send an “unmistakable message” that these kinds of crimes would be punished. Prosecutors had asked the judge to give her 30 to 55 years in prison, while Maxwell’s defense sought a lenient sentence of just five years.

Maxwell, wearing a blue prison uniform and a white mask to conform with coronavirus rules, sat quietly before the sentencing, looking ahead as Assistant U.S. Attorney Alison Moe recounted how Maxwell subjected girls to “horrifying nightmares” by taking them to Epstein.

“They were partners in crime together and they molested these kids together,” she said, calling Maxwell “a person who was indifferent to the suffering of other human beings.”

When she had a chance to speak, Maxwell said she empathized with the survivors and that it was her “greatest regret of my life that I ever met Jeffrey Epstein.” Maxwell called him “a manipulative, cunning and controlling man who lived a profoundly compartmentalized life,” echoing her defense attorneys’ assertions, in court filings calling for a lenient sentence, that Epstein was the true mastermind.

Maxwell, who denies abusing anyone, said she hoped that her conviction and her “unusual incarceration” bring some “measure of peace and finality.”

Several survivors described their sexual abuse, including Annie Farmer, whose voice cracked several times as she said “we will continue to live with the harm she caused us.”

Farmer said her sister and herself tried to go public with their stories about Epstein and Maxwell two decades ago, only to be shut down by the powerful couple through threats and influence with authorities.

Inside the crowded courtroom, three of Maxwell’s siblings sat in a row behind her. Most of the others in attendance were members of the media.

Epstein and Maxwell’s associations with some of the world’s most famous people were not a prominent part of the trial, but mentions of friends like Bill Clinton, Donald Trump and Britain’s Prince Andrew showed how the pair exploited their connections to impress their prey.

Over the past 17 years, scores of women have accused Epstein of abusing them. Many described Maxwell as acting as a madam who recruited them to give massages to Epstein.

The trial, though, revolved around allegations from only a handful of those women.

Four testified that they were abused as teens in the 1990s and early 2000s at Epstein’s mansions in Florida, New York, New Mexico and the Virgin Islands.

Three were identified in court only by their first names or pseudonyms to protect their privacy: Jane, a television actress; Kate, an ex-model from the U.K.; and Carolyn, now a mom recovering from drug addiction. The fourth was Farmer, the sole accuser to identify herself in court by her real name, after speaking out publicly.

They described how Maxwell charmed them with conversation and gifts and promises that Epstein could use his wealth and connections to help fulfill their dreams.

Then, they testified, she led them to give massages to Epstein that turned sexual and played it off as normal.

Carolyn testified that she was one of several underprivileged teens who lived near Epstein’s Florida home in the early 2000s and took up an offer to massage him in exchange for $100 bills in what prosecutors described as “a pyramid of abuse.”

Maxwell made all the arrangements, Carolyn told the jury, even though she knew the girl was only 14 at the time.

The allegations against Epstein first surfaced publicly in 2005. He pleaded guilty to sex charges in Florida and served 13 months in jail, much of it in a work-release program as part of a deal criticized as lenient. Afterward, he was required to register as a sex offender.

In the years that followed, many women sued Epstein over alleged abuse. One, Virginia Giuffre, claimed that Epstein and Maxwell had also pressured her into sexual trysts with other powerful men, including Prince Andrew. All of those men denied the allegations and Giuffre ultimately settled a lawsuit against Andrew out of court.

Federal prosecutors in New York revived the case against Epstein after stories by the Miami Herald in 2018 brought new attention to his crimes. He was arrested in 2019, but killed himself a month later.

Eleven months after his death, Maxwell was arrested at a New Hampshire estate. A U.S., British and French citizen, she has remained in a federal jail in New York City since then as her lawyers repeatedly criticize her treatment, saying she was even unjustly placed under suicide watch days before sentencing. Prosecutors say the claims about the jail are exaggerated and that Maxwell has been treated better than other prisoners.

Her lawyers also fought to have her conviction tossed on the grounds of juror misconduct. Days after the verdict, one juror gave media interviews in which he disclosed he had been sexually abused as a child — something he hadn’t told the court during jury selection. Maxwell’s lawyers said she deserved a new trial. A judge disagreed.

At least eight women submitted letters to the judge, describing the sexual abuse they said they endured for having met Maxwell and Epstein. Six of Maxwell’s seven living siblings wrote to plead for leniency. Maxwell’s fellow inmate also submitted a letter describing how Maxwell has helped to educate other inmates over the last two years.

Anne Holve and Philip Maxwell, her eldest siblings, wrote that her relationship with Epstein began soon after the 1991 death of their father, the British newspaper magnate Robert Maxwell.

“This led her to becoming very vulnerable to abusive and powerful men who would be able to take advantage of her innate good nature,” they wrote.

Before her fate was announced, Maxwell looked down and scribbled on a notepad as Sarah Ransome — an accuser whose allegations weren’t included in this trial — spoke of the lasting harm to her life, gazing directly at Maxwell several times .

Ransome, who twice tried to die by suicide, finally drew a look from Maxwell when she said: “You broke me in unfathomable ways but you did not break my spirit.”