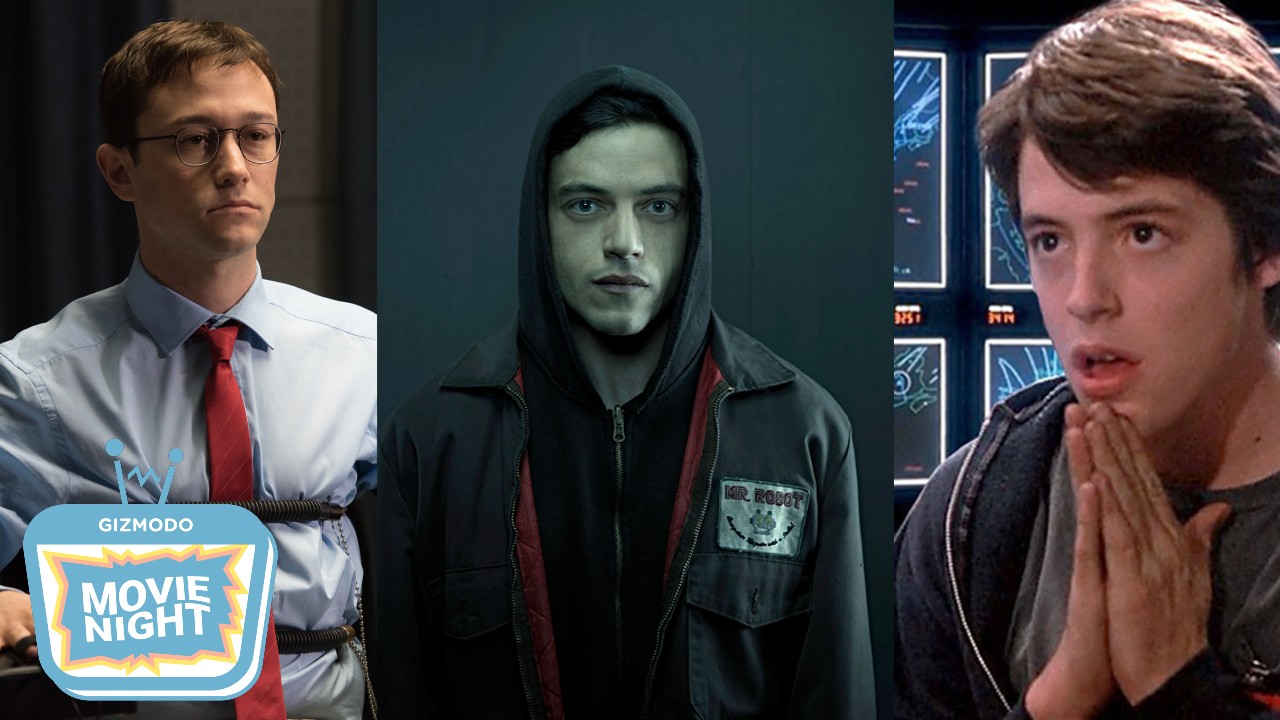 It seems like over the past few weeks, we haven’t been able to escape hearing about various different hacks and data breaches. Although the news about all this can be alarming, movies and TV shows about data breaches and hacks have always seemed to pique our collective interest.

This might be because it’s becoming more common or maybe it’s because we love to see the worst possible outcome in things. Either way, these concepts provide pretty thrilling plots.

A few months back it was Uber getting hacked, then Optus suffered a massive data breach and then not even a few weeks later, Telstra suffered one too. It’s truly been a wild ride.

All of these have come to affect ordinary people’s lives, which can be a pretty scary and inconvenient thing. Whether you’ve been caught up in the recent breaches or you’re preparing yourself for it to happen to you, check out our guide on what to do if you’re caught up in a data breach.

But if instead you’d like to retreat to your couch and watch some pretty bad stuff unfold on the screen, this week’s Gizmodo Movie Night is dedicated to movies and TV shows about hacks and data breaches, because we can’t get enough of it apparently.

It’s weird to think that one of the best movies about hacks was made in 1983 when technology wasn’t half of what it is today.

War Games is about a computer-savvy higher schooler, David, who uses a microcomputer to hack into secure domains to find new videogames. Unknowingly, he connects to an army supercomputer that fires military missiles on its own.

This kid fully has access to America’s nuclear arsenal which he activates… we won’t spoil any more.

It’s a super cool plot and something that I’m genuinely impressed was created back in the 80s. This is a movie I actually wouldn’t mind them adapting to fit a modern context, it would be interesting to see how modern technology can fit into the narrative.

Seeing how technology and computers were seen, and feared, back in the 1980s is pretty interesting and it’s fun to watch this movie now with all the advancements we’ve made since then.

It was hard to pick which Snowden movie to put on this list because there are so many, which makes sense because it’s probably one of the most notable data breach and hacking cases in the world.

For those of you who don’t know, Edward Snowden was an employee of the U.S. NSA (National Security Agency). Whilst working there, he discovered that they were illegally spying on ordinary American citizens, which obviously, is a pretty massive deal.

The movie mostly follows him trying to figure out if he should leak the classified documents to the press and the consequences of doing so.

It really is a gripping story and one that makes you think twice about governments and all those fun things.

Side note: When I went to play the Snowden trailer on YouTube I got two trailers for two different data protection sites. If that’s not good marketing, I’m not sure what is.

The Girl With The Dragon Tattoo

It probably isn’t the first movie you think of when talking about hacks and data breaches but it definitely should be.

Mikael Blomkvist is a journalist trying to solve the mystery of a woman who’s been missing for 40 years. To help him, he hires Lisbeth Salander who is a computer hacker. By trying to uncover the mystery, the two find themselves in a much deeper world than they thought.

While hacking may not be the sole focus of the movie, it does still play a very important role and sets up a lot of the key moments in the film.

To me, Rooney Mara is impeccable and she plays the role of Salander perfectly.

The Girl With The Dragon Tattoo is currently streaming on Apple TV.

Well, this is a little obvious, right? A list of movies and TV shows about hacks and data breaches and then I put a documentary called The Great Hack, a little on the nose, I know.

But hey, if the fits, it fits.

Moving on, The Great Hack is a deep dive into how the data company, Cambridge Analytica, become the face of the dark side of social media following the 2016 U.S. presidential election, as revealed by journalist Carole Cadwalladr.

The whole thing creeped the shit out of me but I was incredibly invested in it. My mind was blown several times while watching this.

The Great Hack is currently streaming on Netflix.

Mr. Robot is a fantastic TV show about hacks and data breaches that gave me several panic attacks but hey, it’s a good show.

Remi Malek stars as Elliot, a cybersecurity engineer who works for a corporation and hacks felons in the nighttime. Real vigilante-type stuff. Oh, he also suffers from anxiety and depression, which is actually important to the plot. Anyways, Mr Robot, a cryptic anarchist, recruits Elliot to ruin the largest financial conglomerate in the world.

The reason why it gave me panic attacks is because of how real these technological threats actually are. Like having your device hacked while you are at the shops or having your data breached via Bluetooth. It’s all freaky stuff that can very easily happen.

Gizmodo Movie Night is our fortnightly roundup of movie and TV recommendations for the weekend. If you’re ever stuck and looking for inspiration, check out our list and see what’s in store.

Stay tuned for the next edition of the column and check out our last one which was in celebration of our third La Niña summer.