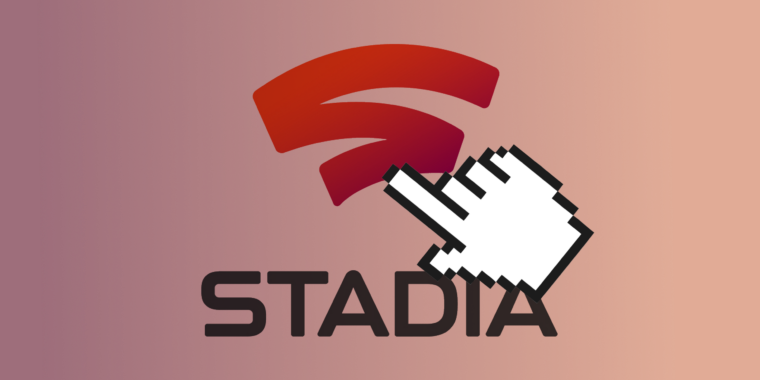 The earliest sales pitch for Stadia, the Google streaming service that beams high-end video games to web browsers via the cloud, included the idea that it might work as simply as Googling your favorite game. You might search for a popular game to learn more about it, only to immediately see an option to start playing it inside your web browser, no additional hardware required—and perhaps no payment, either.

Nearly three years after Stadia’s official launch—and 18 months after the service’s massive internal downgrade—that scenario has finally begun to play out. What’s more, the feature appears to be streamer-agnostic, as multiple Stadia-like streaming services have started appearing in search results.

This week, Google rolled out a limited launch of a “Play Now” tab that appears on searches for select video games on desktop browsers. (As of press time, out of three Google accounts tested, the search results shown in this article only appear on one of them.) This tab can be found in the right-hand “knowledge panel” that is otherwise automatically populated with user reviews, game details, and digital download purchase links.

When a Google game search returns a Play Now tab, it will include as many compatible streaming services as possible, including Google Stadia, Microsoft Xbox Cloud Gaming, Amazon Luna, and Nvidia GeForce Now. (My searches for many PlayStation-exclusive games on that console’s Plus Premium cloud-streaming selection have thus far come up short.) Each entry shows what kind of fee may be required to play the game. Conveniently enough, many Google Stadia games can now be played for free for the first 30 minute or as long as 120 minutes, and supported free-trial Stadia games get a bright-green flash of italicized text: “trial available.” Other games and services that have appeared thus far have included tags like “premium subscription” or “free-to-play.”

Some search results elevate this tab to a valuable “above the fold” placement, visible without a single scroll of a mouse wheel, while others require scrolling through roughly one full desktop-sized page to find the streaming links. Once you click a service’s “play” button, Google will whisk you to the streaming service’s web portal to immediately begin playing. The action requires signing into the respective service, which means this isn’t quite the “search and immediately play” scenario you might imagine—though thanks to Stadia’s use of Google accounts, it’s arguably the fastest option of the four integrated services thus far.

And in great news, Google has been careful to double-check any Play Now game that is labeled “free-to-play.” No payment method is required to start playing games with the label, which thus far include Fortnite, PUBG Battlegrounds, and Destiny 2.